While Australia were crushing Pakistan in the Adelaide Oval, their first-class competition continued apace in the background. Ben Gardner picks out his Sheffield Shield team of the week.

It was another thrilling week of auction in the Sheffield Shield. A big Queensland victory helped them close the gap on New South Wales at the top of the table, though the latter did ensure their unbeaten record remained intact, while South Australia narrowly failed to secure their first win of the campaign against Western Australia.

Though Australia’s Test side’s dominant performance over Pakistan might leave few spots up for grabs, there was no shortage of players attempting to make themselves heard. Here is Wisden’s team of the round.

It was a Nick-off at the top of the order in New South Wales’ clash with Victoria, with Larkin earning selection over the ‘k’-lacking Maddinson. His first half-century laid the platform for NSW to push near 300, while his second ensured there were no dramas as they batted out for a draw unscathed. 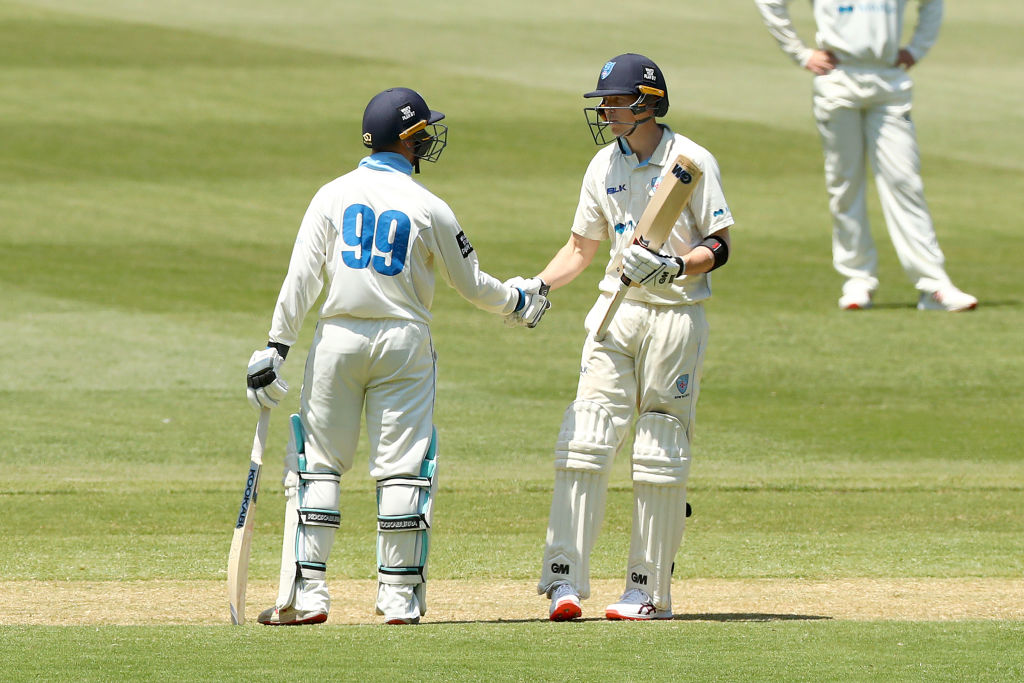 One of only three openers to pass fifty this round, Jake Weatherald’s brisk 63 gave South Australia a flicker in their unlikely pursuit of 345 against Western Australia.

After opting out of Test selection, Will Pucovski contributed a nuggety 82 to Victoria’s 307-7 in their rain-marred draw with New South Wales. The innings occupied 257 balls and contained just four boundaries, with the youngster demonstrating application from a bygone era to anchor his side’s effort.

South Australia’s away fixture against Western Australia was the match of the round, and while Callum Ferguson was batting it looked to be heading the way of the tourists. His fourth-innings 123 came at a strike-rate nearing 80, and at 255-3, SA looked well placed to gun down WA’s 345. Instead, Ferguson’s dismissal precipitated a slide of 7-53, and the hosts sealed a nervy win.

What an innings from Callum Ferguson ??

Sam Heazlett’s 135 for Queensland against Tasmania was by a distance the innings of the round. In a game where only one other batsman passed 40, and 20 batsman were dismissed for single figures, his 198-ball knock stood out above all others. He contributed 56 per cent of his side’s first innings 240, a total which, in a tough game for batsmen, was almost enough to secure an innings victory.

? for Sam Heazlett! What a knock it’s been in his first #SheffieldShield game back from injury – he’s made 103 of Tasmania’s 8-176 on a pitch where no other batter has passed 34.

While not quite as stunning as his match-saving maiden first-class century, Cameron Green’s 126 confirmed him as a batsman of supreme promise, and this time helped set-up a win for his side. Having entered at 94-4, Green helped his side to post a total nearing 500. Restricted from bowling as he recovers from a back injury, Green’s efforts with the bat nonetheless had his captain Marcus Stoinis proffering him glowing praise, saying, “he could be the best all-rounder Australia has had”.

After South Australia were 89-5 and then 154-7 against Western Australia, only Alex Carey’s career-best 143 stopped them from embarrassment. He marshalled the tail expertly while counter-attacking in customary style to drag his side past the follow on target, with the result a set-up chase and a near-victory for SA.

With hard-won figures of 5-80 in 33 overs, Australia spinner Steve O’Keefe kept Victoria in check in their sole innings against New South Wales, earning himself the Player of the Match award for his efforts. 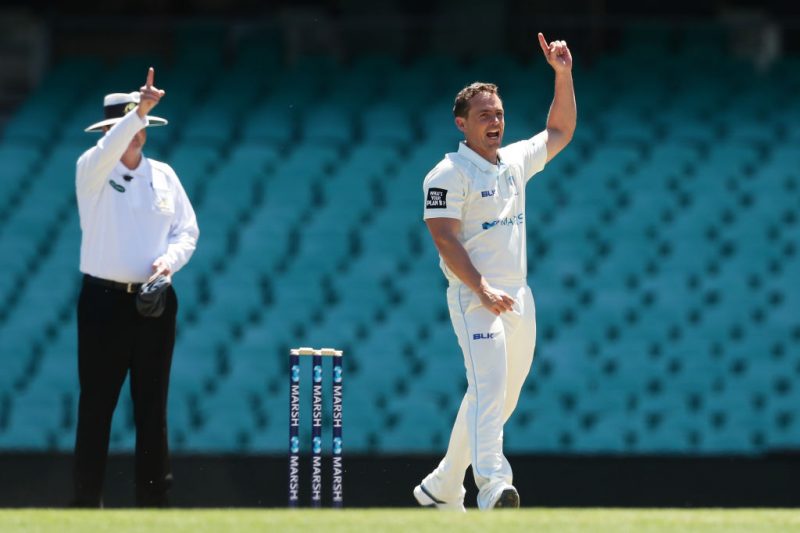 The star of the show for Western Australia with the ball was Matthew Kelly, who claimed 3-64 in the first innings to lop off two pesky tail-end stands before dismissing five of the top seven in South Australia’s chase to help deliver his team to victory.

Batsmen struggled hugely in Tasmania’s fixture with Queensland, and Mark Steketee was the chief architect of their torture, claiming nine wickets in the game as Tasmania were skittled for 107 and 150. As impressive as his penetration was his accuracy, with an economy rate of 1.35 in the first innings and 2.46 in the second helping Queensland to tie their opponents down.

David Moody, son of former Australia batsman and gilded coach Tom, didn’t set the scoreboard alight for Western Australia against South Australia, but his five wickets were crucial in the final analysis. In the first innings he accounted sometime Test batsman Callum Ferguson just as SA were mounting a fightback, and in the chase his dismissals of Alex Carey and Tom Cooper hollowed out the middle order.