From Shaun Marsh’s marathon innings to Steve Smith and Mitchell Starc being back to their characteristic best – the second round of the Sheffield Shield saw some significant contributions from top internationals. Here is the team of the week.

Harris had a forgettable Ashes series in England and but has responded well to stay in contention for national selection ahead of the upcoming home summer. After scoring a century that was overshadowed by Nic Maddinson’s brilliance in the run-fest against South Australia last week, the left-hander carried on his good work against Western Australia, scoring 69 in the first innings.

He might’ve failed in the second outing, where he walked in to bat with his team trailing by 178, but his two notable performances in back-to-back games might’ve just reinstated his case to maintain a spot in the national team. 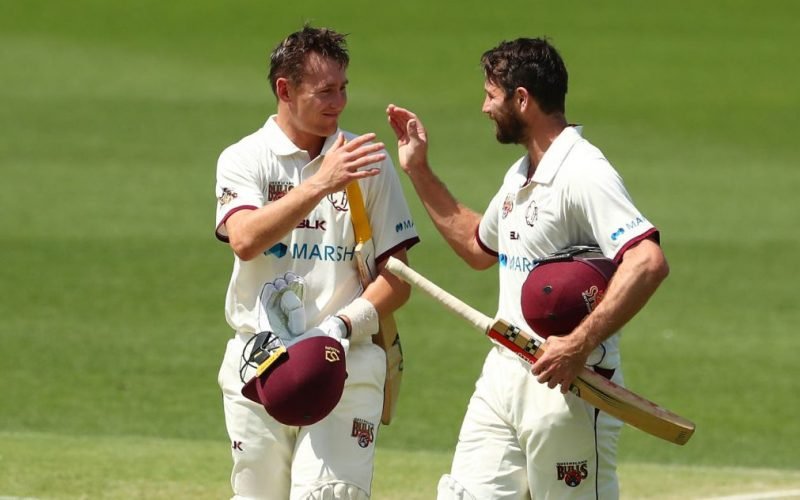 He was Australia’s star with the bat in the Ashes, after Steve Smith of course, and his appetite for runs hasn’t diminished in domestic cricket. Having scored fifties in both innings against New South Wales last week, Labushagne couldn’t convert his start in his first outing against South Australia but scored almost half of his side’s runs in the second, helping his team chase the 150-run target with four wickets remaining.

Easily the most impactful innings of the week, Shaun Marsh’s 214 against Victoria was a reminder of his class and pedigree as a top-order batsman. He missed out on a century in the previous game against Tasmania but there was no looking behind in his second game at the home ground, as his marathon double ton virtually knocked out the opponents from the contest. 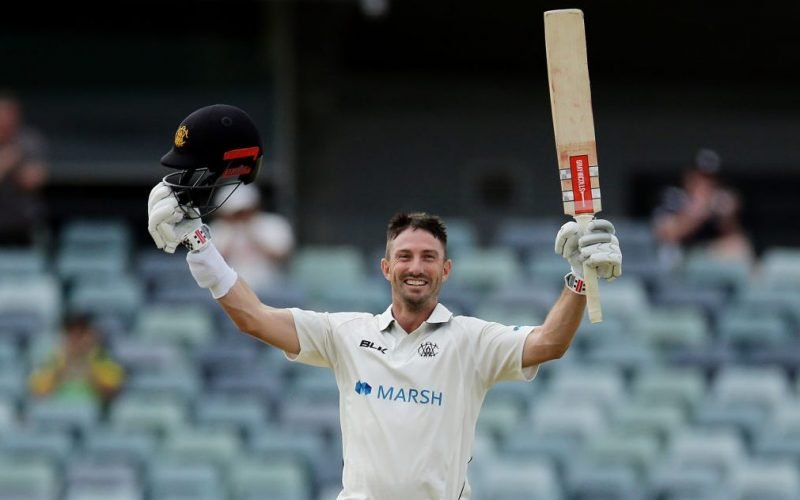 His dominance with the bat at the WACA could be read by the fact that the next highest score in the entire game was 72.

Teams, beware! Steve Smith is back! For once, the law of averages worked in Brisbane where he registered a duck in the first innings followed by 21 in the second. But normal service was quickly restored against Tasmania in Sydney, as he scored a flawless hundred, having walked in to bat after David Warner fell in the fourth over of the innings. 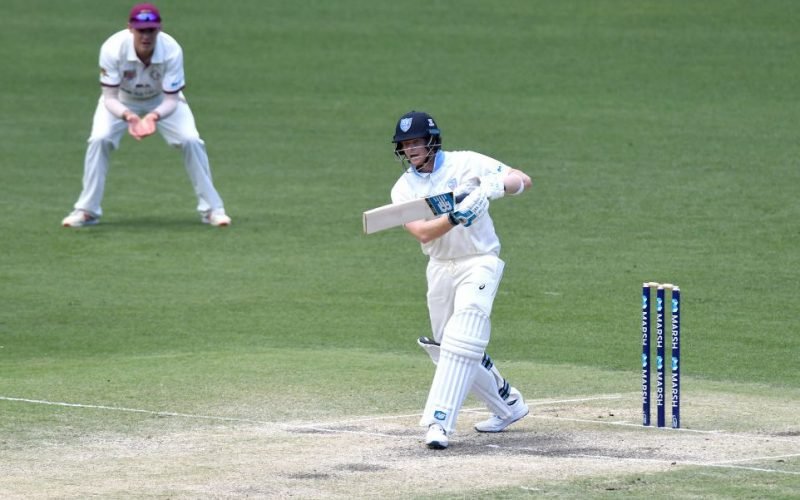 His 197-run stand with Moises Henriques was perhaps the most decisive phase of the game, as it helped New South Wales to take a crucial 96-run lead in the first innings, setting up a platform for an eight-wicket win.

While Smith found it relatively difficult to play his natural game in the early part of his innings, Henriques kept the scoreboard ticking with his fluent strokeplay. He struck 13 fours and four sixes during an enterprising stay at the crease that saw his score 63 per cent of the runs in the 197-run stand.  He fittingly hit the winning runs in the second innings to complete his team’s second straight win.

It was Stoinis who assisted Shaun Marsh during the early part of his innings, adding 115 for the second wicket with the left-hander and with it, registering his third consecutive half-century in the competition. His decisive contribution though came with the ball in the second innings, as he first trapped Victoria skipper Peter Handscomb and D’Arcy Short leg-before, and later ended the 20-over long sixth-wicket stand, removing the well set Glenn Maxwell for 57.

Harper was easily the best wicketkeeper-batsman of the week. The 22-year-old top-scored with 72 and was the last man to fall in Victoria’s first innings against Western Australia. He was then involved in the rescue act in the second innings, adding 70 for the sixth wicket with Glenn Maxwell after his team was reduced to 78-5.

He could manage only 31 in the second outing but showed signs that he’s capable to hold the innings together in a critical situation.

Neser, who missed out on an Ashes debut in England, is making a strong case for himself in the Sheffield Shield. The Queenslander got South Australia’s top three in no time in the first innings and finished with a five-wicket haul. He snared two more in the second innings to set-up his side’s first win and is now the leading wicket-taker in the competition with 12 scalps to his name.

Australia’s limited-overs spearhead could manage just a single wicket from 39 overs combined in the two innings against Queensland last week. The champion bowler bounced back in the second game against Tasmania, registering five-wicket hauls in both innings. His second-innings spell was easily better of the two, as he first removed both openers with the new ball and later cleaned up the tail – an act he is so masterful in carrying out. 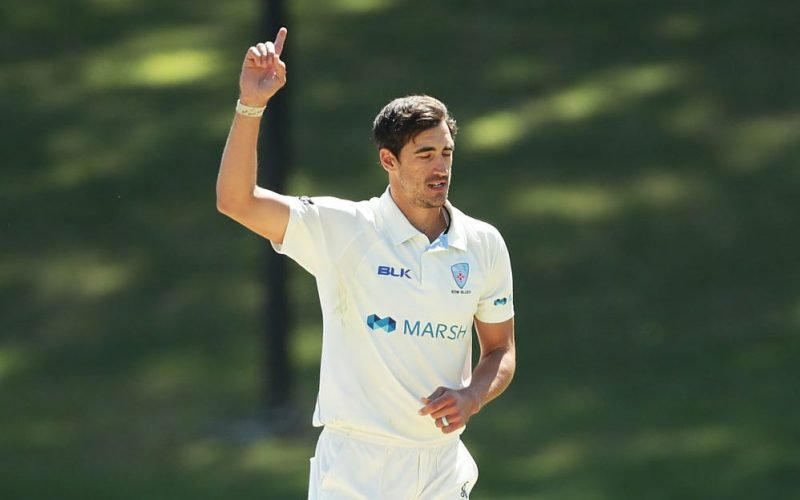 Starc was the pick of the bowlers in the second week of the Sheffield Shield, bagging 10 wickets against Tasmania

More such performances will surely ensure him a spot in the starting XI in the first of the two Tests against Pakistan next month.

Nick Winter was the second-best bowler on the show after Starc, bagging eight wickets against Tasmania. The 26-year-old snared four wickets in the first innings, including those of the set Marnus Labuschagne and Bryce Street. He picked up four more wickets in the second innings to revive hopes for his team, while defending 150, but it wasn’t enough as Labuschagne’s 72* ensured a four-wicket win for Tasmania.

The right-arm paceman grabbed three wickets in a space of six overs to help his team skittle out Victoria for 341 in the first innings. Having already accounted for the in-form Will Pucovski for 2 in the secomd innings, he combined with Stoinis in the latter stages to dismiss Harper and James Pattinson in quick succession to set-up a comfortable win for Western Australia.