A year-and-a-half after coming tantalisingly close to making a Test debut, Australia Women’s limited-overs all-rounder Ashleigh Gardner is hoping to be a part of the upcoming Women’s Ashes Test, set to be held in July.

Gardner was in line to feature in the historic day-night Test of 2017, at the Sydney Cricket Ground, during the previous Ashes series. She was named in the final 13-member squad, but eventually couldn’t claim a spot in the XI, after Australia made a u-turn on her selection by opting for an extra seamer.

Gardner, who became the first indigenous woman to play for Australia since 1958 when she made her international debut in February 2017, has, to date, featured in 21 ODIs and 23 T20Is. Despite having been around for only two years, the 22-year-old has already established herself as a big hitter of the white ball. But she now wants to add layers to her game by batting for long periods in order to fulfill her Test aspirations. 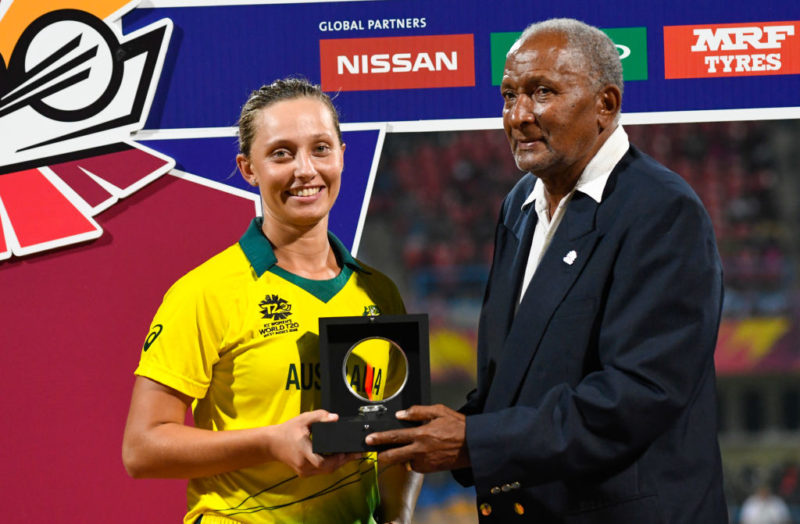 “If I want to play every format, it’s about learning how to bat for longer periods, because my main goal would be to get a Baggy Green and be able to play a Test match,” she said.

In ODIs, Gardner boasts a batting strike-rate of 122, and has a career economy rate of less than 4.5. In 2017, she hit the then-fastest hundred in the Women’s Big Bash League, off just 47 balls, for the Sydney Sixers, a record that was bettered by Grace Harris’ 42-ball effort last December.

“If I had to pick somewhere that I would like to bat in a Test match, it would probably be around No. 7, where I don’t think my role would change a hell of a lot from a one-day innings,” she said. “Obviously, that depends on the situation of the game: if we’re at 250 or 300, I think my role would be to play that attacking role and score as many runs as I can, and try to be that attacking off-spinner with the ball as well.”

If I want to play every format, it's about learning how to bat for longer periods, because my main goal would be to get a Baggy Green and be able to play a Test match.

Currently, women’s Test matches don’t exist beyond the Ashes, and even there, it is limited to a one-off game. Realising how rare opportunities to don the whites are in women’s cricket, Gardner said she would adapt as best as she can to try and fit into the Test mould.

“It [Test matches] only comes around once every two years, and only eleven people can play, which is quite hard, but it’s a professional sport at the end of the day,” Gardner said. “You have to prove to the people that select these teams that I can do it and I am willing to adapt the way that I play to be in that team.”