Ahead of a very busy period of cricket for Australia Women, starting with the Ashes series in England in July, and culminating in next year’s T20 World Cup at home, wicket-keeper batter Beth Mooney said that the team is up for the challenge.

After the multi-format Ashes, Australia will travel to West Indies, and then return home for a couple more international series and domestic tournaments, including the Women’s Big Bash League, which is set to be played in its own window, independent of the men’s event, for the first time.

While the packed schedule would leave very little breathing room for the players, who are currently preparing for the Ashes at a training camp in Brisbane, Mooney said that the ambition of defending their T20 World Cup title will keep them going.

ICYMI: @meljones_33 on the next steps the women's game needs to take. https://t.co/p5Vqclcymd

“By the end of last season, we were pretty cooked,” she said. “So it was about making sure we got the most out of that six weeks off, with the knowledge that this year would be even busier.

“I think the next 12 months, we’re away somewhere between 150 and 200 days … [but] when that carrot is dangling at the end of the year, people will be pretty up and about for it.”

Despite the hectic season ahead, Mooney felt that the Women’s Ashes should’ve featured at least a couple more Tests. Presently, the series features just the lone Test, apart from three ODIs and three T20Is, with varying number of points assigned for each format. 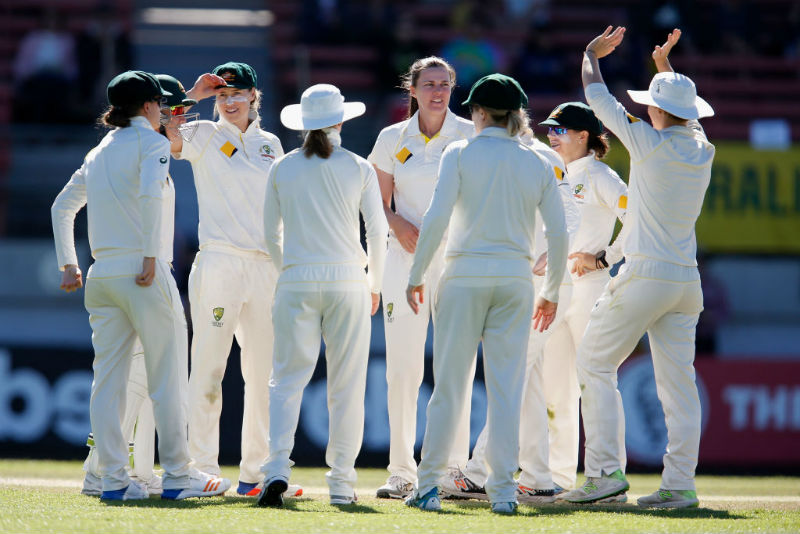 “Hopefully… moving forward, the Ashes series for the women could be three Tests instead of just one”

“I think anything that would involve more Test cricket would be a massive bonus for us as international cricketers,” Mooney said. “It’s still the same era, where we’re chomping at the bit to play games and get better.”

Mooney did, however, acknowledge that the multi-format structure made it more viable from a commercial standpoint, although she hoped that a bright future lay ahead for the longest format of the women’s game.

“Once more countries get on board, we might see more of the multi-format series across nations,” she said. “Hopefully, that means moving forward, that the Ashes series for the women could be three Tests instead of just one in the middle of a multi-format…maybe in five years it will be a full-blown Test series.”