Having missed last year’s World T20 to manage her anxiety, Sarah Taylor is looking forward to her return to the national set-up for next month’s tour of India.

Taylor, arguably the best wicketkeeper in world cricket, took an extended break from the game in 2016 after suffering from anxiety for the preceding four years. She returned in time for the 2017 World Cup, playing a vital role with both bat and gloves in England’s win.

According to England coach Mark Robinson, Taylor was actually “reasonably close” to taking part in the World T20. Now she is set to tour with England for the first time since last winter’s Ashes and has explained one of the major contributing factors to her decision – no internal flights.

“We look at potential mental health triggers of mine, and internal flights is one,” said Taylor. “With Mumbai, it’s obviously a straight flight there and straight flight back. You just have to look at what can potentially be managed. 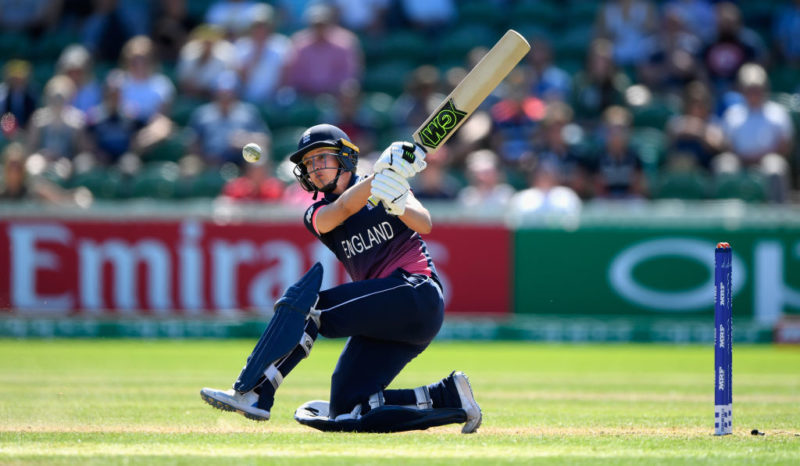 “I’ve not been away for a while, and it’s just a case of getting back in and getting used to flying again, going to Mumbai and seeing how that goes. There’s not too much thought on the cricket side – I like to think that takes care of itself, but it’s just trying to manage the anxiety thing.”

Why internal flights in particular? Taylor added: “We travel business class, so with major flights you have your own space, but with internal flights you obviously don’t get that sort of luxury. If you have a panic attack you don’t want to be surrounded by people. That’s just the fear of it, and obviously it will get easier and easier.”

It’s about feeling safe in a space – the actual flying itself is fine for Taylor, in fact she loves it. She even finds turbulence “fun”. It is also important to understand how far Taylor has come from the dark days of 2016. “When I first took a break, I couldn’t even drive. I couldn’t get in my car because I was getting further away from my house, so it was a safe space issue. 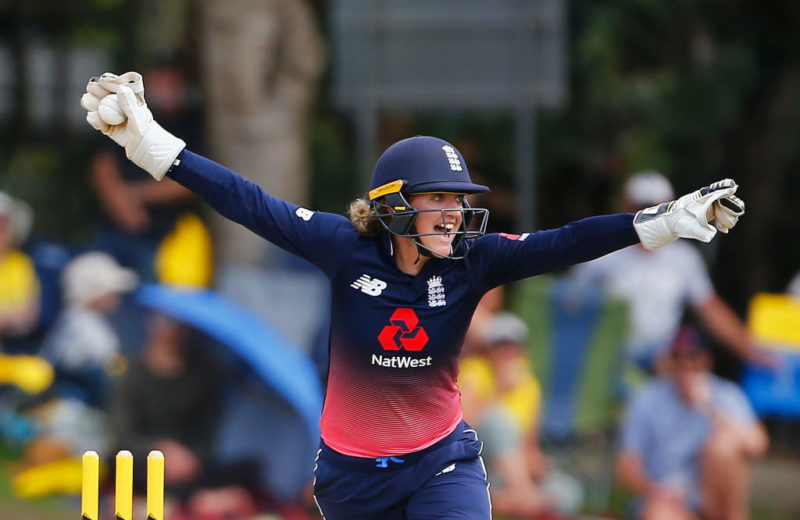 “It took me three or four months to get in my car and go somewhere. Once I was told if I flew to Australia (on last year’s Ashes tour) I could drive, because somehow by miracle chance it worked out that we were going all the way down one side of the coast. I was like, ‘yes, that’s absolutely fine, I will go to Australia if it means I can do that.’”

Fortunately, a cricket pitch is one of the places she feels safe. “Yes absolutely,” she said. “Don’t get me wrong, when you have a bad day, it just happens, but absolutely. That’s what you know. We did some training last week with all the noise from India (stadium noise from a previous ODI) and it was one of our games when our girls went there last year. I actually felt more comforted (by it).”

Amazingly, despite her prolonged absences, she’s never been too concerned about finding her form – she scored 396 runs at an average of 49.50 and a strike-rate of 99 during the 2017 World Cup.  “I’ve always been that sort of player, if I’m in a good place I will play well,” she added.

A few people suggesting that the best 'keeper on the planet is Sarah Taylor.

Hard to argue against that when she's done things like this👇pic.twitter.com/w2NgRbFv4A

“If I can get everything mentally right then I just know it will benefit me because I’m not worrying about it while I’m playing cricket. I can just purely focus on cricket. I hope now that I’ve got the balance right and the cricket can take care of itself.”

Taylor is well looked after by her teammates, coaches and most importantly, herself. She makes sure she travels with home comforts such as her own pillow and carries her teddy bear, ‘Bephy’, wherever she goes. Her team is always equipped with towels and sweets (Maoams, if you were wondering) in case she suffers a panic attack on the field.

She praised the way in which England have managed her workload, saying that the ECB have been “unbelievably brilliant”, while coach Mark Robinson has “set the bar for dealing with players and individuals with mental health or any kind of life problem”.

Her workload is still understandably being managed. Taylor is set to play in the ODI series against India but not in the T20I series, while she is set to miss the Sri Lanka tour entirely. But with an Ashes series later in the year and a T20 World Cup in Australia next winter, she’s back and England are desperate to have her firing again.