Having missed the last year’s World T20 through injury, England all-rounder Katherine Brunt has spoken about the physical and emotional toil she endured in attempting to make the tournament.

England’s most economical bowler during their victorious World Cup campaign in 2017, Player of the Match for her 3-6 in the inaugural World T20 Final in 2009, and a key component of England’s trio of home Ashes triumphs in 2005, 2009 and 2013, for over a decade Katherine Brunt has been a central component in almost all of England’s success. She is undoubtedly an all-time great of English cricket.

At 33, last year’s World T20 presented Brunt with an opportunity to bow out on top. Speaking to Wisden Cricket Monthly before the tournament, she hinted that that may well have been the plan. “That’s (winning the World T20) the biggest goal, the only goal. That would be a good ending, wouldn’t it?”

Unfortunately, Brunt was deprived of the chance of a fairy-tale swansong in the Caribbean after she aggravated a longstanding back injury in one of England’s pre-tournament warm-up games. In her absence, a young England team performed admirably to reach the final only to be overpowered by a superb Australian side. 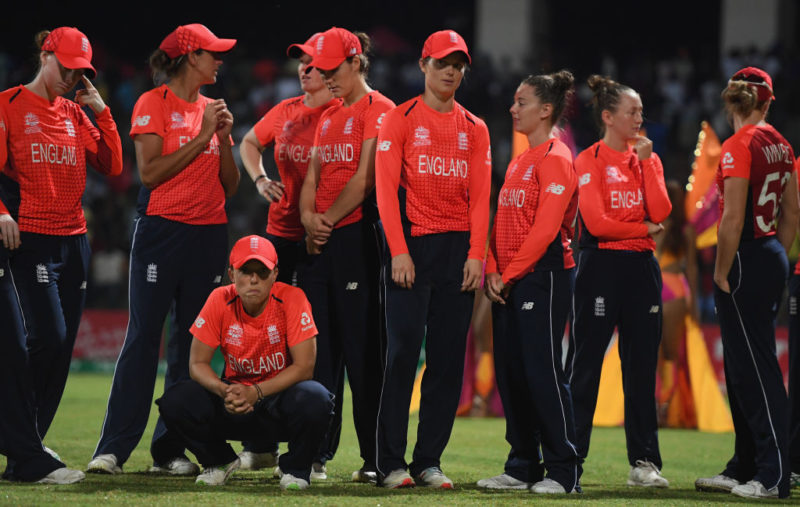 Brunt’s injury left England without arguably their most important T20 player. Now though, three months on, Brunt is fit and raring to return and has no desire to call time on her illustrious playing career in the immediate future.

“The passion is still there, I’m still really hungry and the youngsters that are here have fired me up to be even better,” she told wisden.com. “I want to be a part of everything with the amount of time I have left. Some of these girls have a ten-year career ahead of them, if I’ve got one, two years left I want to be playing as much cricket as I want and possibly can in the realms of being managed well.”

Related Story: The inside story of England’s 2009 World T20 win
That management is crucial for Brunt at this stage of her career, even if it is something that goes against her competitive instincts. At 33, having just come back from injury and with another T20 World Cup less than a year away, Brunt’s workload is something that needs to be carefully looked after. Although she has returned for England’s tour of India, which commences this Friday, she has been rested for the following series against Sri Lanka. 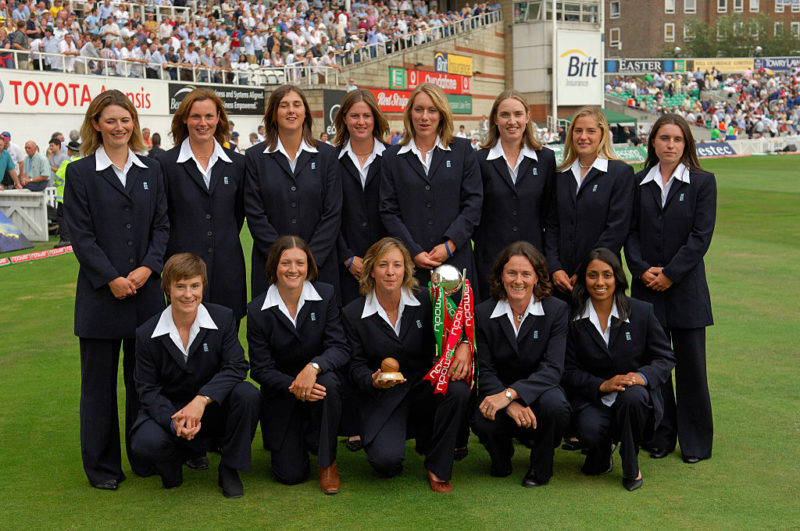 Katherine Brunt was part of England’s victorious 2005 Ashes side

That increased awareness of the necessary workload management may well come from her ultimately unsuccessful attempt to regain fitness ahead of last year’s World T20, which Brunt admits was a difficult time – physically and mentally.

“I was in a pretty dark place pre-Caribbean. The seven weeks leading up to it were hell. Everyone knows with sport that nobody’s pain free. You always have little niggles or soreness or stiffness. Obviously I had a condition that was nothing that could get any worse but also wouldn’t get any better overnight, so it was about getting through it and seeing how much I could handle.

“It got to the point where (playing in the tournament) was just not a possibility. I would have sat one out had it not been as important as the World Cup. The World Cup was a huge thing for me and it was something that I had been working towards for the last two years. The back thing was really unlucky, it literally came on a few days after the Kia Super League.”

“It’s a slow grinding horrible process where it gets worse and worse and you don’t quite know how to go on from there and you’re just waiting for the day that it stops. That could be three or four months – it’s just how it is with that kind of injury.”

With an Ashes to regain this summer, a rejuvenated Brunt, who sees herself as a more a “well-rounded” character for getting through the injury, can now focus on what will be a massive year for this England team.

That the year starts in India, “the toughest place” Brunt says she’s played in, will be of no concern.  As ever,  she’s “loving” the prospect of playing against the world’s finest in Harmanpreet Kaur and Smriti Mandhana in India. That trademark bullishness will be music to the ears to all within the England set-up.