An unbeaten half-century from Danni Wyatt helped England Women secure a T20 series victory over India Women in Assam with one game to go.

England’s bowlers admirably restricted the hosts to 111-8 and Wyatt’s cool head saw her side home by five wickets. “It’s great to win the series,” said Wyatt after the match. “It says a lot about us given the result in the ODI series and we’re really proud of how we’ve bounced back.

“It hasn’t been easy at all, but we’ve shown a lot of character and resilience and we continued that today. The bowlers were brilliant – Katherine Brunt again stood up, and Laura Marsh and Linsey Smith were great again.

Building on the momentum of the previous encounter, England were able to grab early wickets in the first innings. Mandhana followed two beautiful sixes by nicking off against Katherine Brunt, before Harleen Deol and Jemimah Rodrigues followed in the powerplay.

India’s rebuilding job was steady but not overly threatening, and England were in a good place at the interval. A brief flurry of wickets made things interesting in the second innings, but Lauren Winfield and Wyatt batted sensibly as England got over the line in the final over. 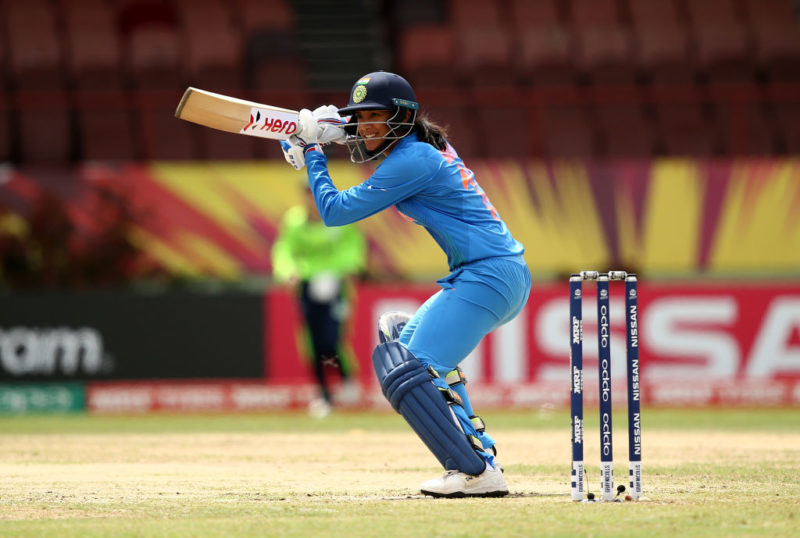 Winfield couldn’t quite see it through, but Wyatt hit the winning runs to give England an unassailable 2-0 series lead. “I’m proud to have taken the team to the win,” added Wyatt. “I’ve been challenged to finish more games off for England so it’s a great feeling to do that. It’s right up there next to my innings in Mumbai.

“We need to continue putting in performances like this, starting off with the final T20 on Saturday and then throughout the Sri Lanka series.”

"There is a thin line between fearless and careless"
After the game, Mandhana, meanwhile, called for India’s domestic set-up to “step up” after another disappointing batting display.

“The batters we get in domestic [circuit], they face very different bowling and fielding attack to international cricket,” the skipper said. “There is a huge gap between international and domestic cricket. That gap needs to be lessened. Our domestic circuit needs to step up.

Related Story: Bob Wyatt: A Warwickshire legend with an appetite for the big occasion
“If you look at our domestic scores in T20s, it is generally around 110-120. I think we all need to go back, step up our domestic circuit, take those scores to 140-150.

“If that is happening then all the batters will come with the same mindset of playing a fearless brand of cricket. Fearless doesn’t mean careless. There is a thin line between fearless and careless. We need to play fearless.”

England and India will meet again in the final match of the series at the same venue on Saturday.