Keightley, 48, had replaced Mark Robinson in October to become the first full-time female head coach of the England side. She hasn’t joined the team as yet, owing to her commitments with Perth Scorchers in the ongoing Women’s T20 Big Bash League in Australia. The England team is currently training in Malaysia ahead of their limited-overs series against Pakistan, and Knight confirmed that the former Australian cricketer will join the squad later on the tour, with Ali Maiden, the assistant coach, taking over in her absence.

“Lisa hasn’t actually arrived yet – she’s out in Australia finishing off her role with the Perth Scorchers in the Big Bash,” Knight told Sky Sports on Thursday, December 5. “So she’ll join us later in the trip to oversee things and be in the background.” 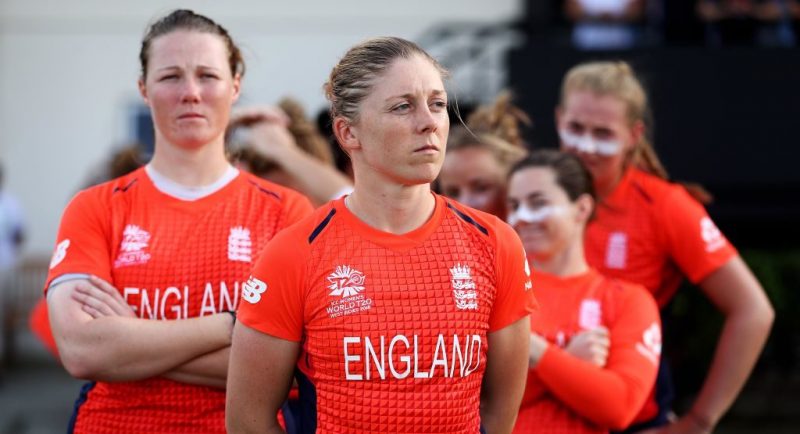 England triumphed in the inaugural edition of the Women’s T20 World Cup in 2009 but since then, have not been able to regain the silverware

Knight, who has previously worked with Keightley in the England Women’s Academy, doesn’t foresee any major changes in team combinations or their approach under the new coach. Instead, she emphasised on peaking at the right time ahead of the Women’s T20 World Cup, which begins on February 21 in Sydney.

"It's all about being ready and trying to peak at the right time."

“I’ve known Lisa for a long time,” Knight said. “She did a stint in England, coaching the England Women’s academy so I got to know her reasonably well. She knows the players very well and we’ve had quite a few catch-ups since she’s taken over the role.

“We haven’t had a chance to sit down and map out the future yet but there are a lot of plans we want to talk about and get in place – and we’ve got a T20 World Cup coming up very quickly, so there’s not going to be huge, massive changes going into that tournament. It’s all about being ready and trying to peak at the right time.”

England will play three ODIs against Pakistan, beginning Monday, December 9, followed by as many T20Is; all in Kuala Lumpur. Knight expects the conditions to favour the slower bowlers, much like it does in the subcontinent.

Knight also expressed her excitement of playing in The Hundred, a new 100-ball competition that begins in July.  She will captain London Spirit’s women’s side, as announced on Wednesday, December 4.

“I am excited about The Hundred,” said Knight. “We’ve got a new head coach at London Spirit, replacing Lisa once she got the England job; I’m very much looking forward to playing next year.

“I hope it’s a massive success. I’m certainly looking forward to playing at Lord’s in the double-header with the men’s team and hopefully it will be a competition full of exciting cricket and people come out to watch it and support the women’s game as well.”