Mithali Raj’s T20I retirement is a loss of experience and skill, but also opens up the possibility for new beginnings for the Indian women’s team, writes Karunya Keshav.

England captain Heather Knight hit the winning runs for Western Storm in the 2019 and final edition of the Kia Super League last weekend, but she couldn’t have done it without India’s Deepti Sharma. The understated, smiling 22-year-old off-spinning all-rounder, playing in her first foreign league, was unbeaten on 39 off 22 balls, finishing the tournament with an average of 53, strike-rate of 145, nine wickets, and a newly minted reputation as a handy finisher.

Less than a week before that, Jemimah Rodrigues, all of 18 and not even two years into her international career for India, had struck the tournament’s fastest century. She was the edition’s second-highest scorer, striking at 149.62 and an average of 57.28.

Meanwhile, it had taken Smriti Mandhana just two years of playing in the competition to make it to the all-time top 10 run-getters; nobody had a higher strike-rate. 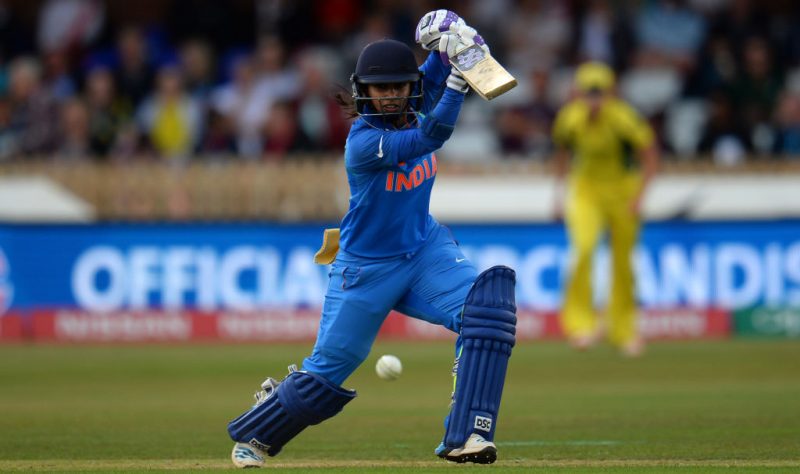 All this was already pointing to new hope in Indian women’s T20 cricket, when Mithali Raj confirmed the start of a new era in announcing her retirement from the format.

Mithali’s timing presumably had little to do with the Indians’ feats in a T20 league she was not a part of and all to do with the fact that the selectors were getting ready to announce the squad for the home series against South Africa, with the T20 World Cup in Australia only five months away. But the bitter-sweet narrative of change was impossible to ignore: India are moving ahead in T20 cricket and their greatest ever batter won’t be a part of it.

As someone who made her international ODI debut back in 1999 and cover-drove her way into Test history in 2002 with the then highest score of 214, Mithali has always had an uneasy relationship with T20 cricket.

Well done on a great T20I career Mithali! Good luck for the South Africa one-day series. I will see you on the field soon. 👍🏼 🇮🇳 @M_Raj03 pic.twitter.com/BhMU1SNWBN

She backed herself to open, and indeed, even butted heads with her captain Harmanpreet Kaur when she was pushed down the order in the 2018 T20 World Cup. Yet, she has said clearly that it is her least favourite format; if women still played Test cricket, she’d have given up T20s a long time ago.

There are more contradictions: she has hailed the benefits of T20 leagues and was once seen as a target, but said she didn’t mind not playing in leagues around the world because it meant fewer players would crack her batting secrets. She said she had decided early in the year to retire from the format. She said last week she was available to play the format.

The flourishes of the game have always seemed foreign to her. Her batting has an innate cautiousness – a combination of textbook skill, her own temperament and the demands of her role as the best batter in the side. You can’t quite play ‘fearless’ cricket if your wicket will precipitate a collapse. And so, the urgency of modern T20 never gelled with her elegant style.

In school, we were taught to bisect a line using a compass. The geometry classes continued to transpire even when I joined the Indian team. Whenever @M_Raj03 di goes out to bat, it is the same. No matter how many fielders are at cover, she always bisects the gap perfectly.

Whether or not Mithali should find a place in the Indian side has been discussed in these pages before. But, as her retirement has proved, that question has been moot for a while: India are looking to the future and the future doesn’t include her. That is poignant, scary – and also thrilling for the prospect of ‘what next’.

A young team punched above their weight at the 2018 T20 World Cup, showing they would win without Mithali. But since then, India have slipped to series whitewashes against England and New Zealand. There is still no women’s IPL, and the gulf between domestic and international proficiency levels remains vast. For the first time in decades, a new player walking into the T20I team won’t have Mithali or her peer Jhulan Goswami, who retired before the World Cup last year, to look up to.

But there is also a chance to create a whole new culture of winning. The last-ball finish at the T20 Challenge held alongside IPL 2019 turned the spotlight on young, excitable Indian talent. A hungry, confident India side will go to Australia for the World Cup.

India Women’s last tour of Australia, back in 2016, marked their first T20 series win against the dominant Southern Stars. Mithali was captain, playing a crucial hand in the series deciding second T20I. Several careers got a boost on that tour, and defined what the Indian team would look like over the next year or so. In 2020, a new group will have the chance to do so again.