The first women’s T20I between West Indies and Australia at Kensington Oval on Saturday, September 14, had to be halted due to unusual circumstances.

Play was stopped shortly after it began, after the match officials were informed that the dimensions of the inner field circle were too big.

The incident took place in the very first over of the game, after Australia fast bowler Megan Schutt had West Indies opener Britney Cooper clean bowled for a duck on the fourth ball.

The umpires then called for assistance to reconfirm the measurements, after Australia captain Meg Lanning had raised the issue.

Australia captain Meg Lanning explains a couple of bizarre moments during the first T20 against the West Indies. pic.twitter.com/l4v5T7LmAI

The measurements were taken using a white measuring tape, and during the assessment, umpire Verdayne Smith was heard saying: “He measured 30 to start, and I told him it was 25”.

An inspection of the line at backward square leg revealed that it was too far from the pitch. Play was halted for five minutes to fix the inner circle line while the players watched on.

After the match, Lanning, who scored a match-winning 54* at a run a ball, reflected on the incident, saying that it was Jess Jonassen who noticed that there was something off with the markers. 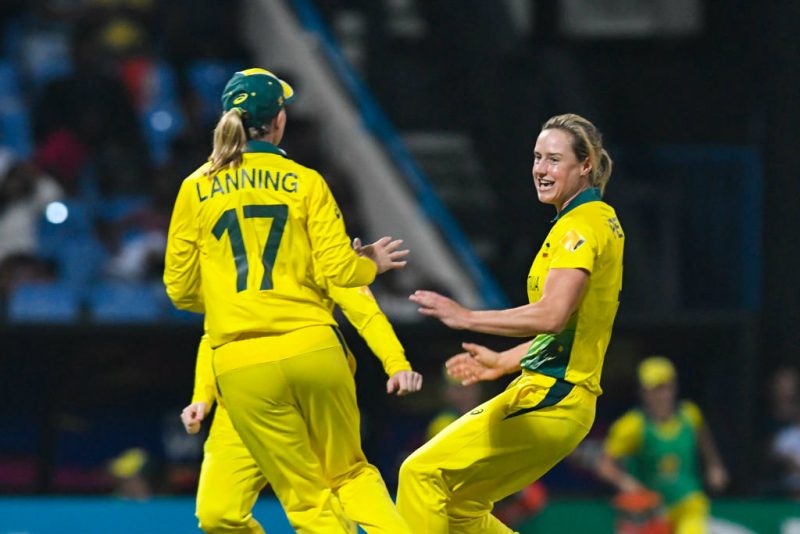 “The inner circle was a little too deep on one side” Lanning said. “JJ was at point, and she came up to me and said she felt like she was really deep.

“So I asked the umpire, and when we had a look, it was a couple of metres too deep. It was the men’s circle, but once we got that fixed, it was all right.”

Australia won the first T20I by six wickets. The remaining two games will be played at the same venue on September 16 and 18.