Middlesex Women are set to play against another county on the main pitch at Lord’s for the first time in their history.

They’re set to face Surrey in the annual London Cup match at Lord’s on May 29 before they embark on the defence of their Women’s County T20 title that they won last year.

Middlesex first played on the main square at Lord’s in an exhibition match against a star-studded MCC side last year that was captained by former England skipper Charlotte Edwards and featured current England wicketkeeper-batter Sarah Taylor. 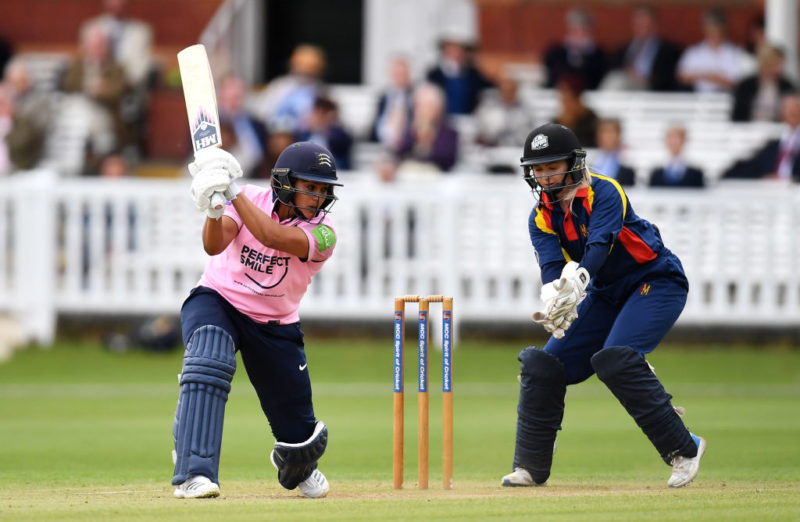 There were more than 5,000 people in the crowd that day, the highest attendance ever recorded at a domestic women’s game in the UK. Middlesex and Surrey have contested the London Cup match at a Test match ground before – at The Oval in 2015 and 2016 – but this fixture against Surrey will be the first of its kind staged at the Home of Cricket.

The fixture represents another major positive step for the women’s game in England and particularly in the history of women’s cricket at Lord’s. The MCC, who own Lord’s, only accepted female members for the first time in 1998 despite being founded in the 18th century.

Middlesex’s squad has a slightly different feel to it this year following the move of England batter Fran Wilson to Kent. They welcome fresh faces in Olivia Rae, a Scotland international, and Lauren Bell, who is a member of the England Academy, on loan from Berkshire.