Charlotte Edwards reveals why women have struggled in Test cricket, and how to deal with it.

England and Australia play one Test as part of their points-based cross-format Ashes series. But there are few regular fixtures in the longer form apart from that, and for many players it’s the only multi-day match they take part in all year. Former England captain Charlotte Edwards, who played in 23 Tests, helps explain the unique challenges of women’s Test cricket.

You find yourself in these unique situations where you’ve got someone making their Test debut and they’ve never played a three-or four-day game before. And it’s really hard to learn about Test cricket when you’re playing it!

There’s been many occasions when people have played their first ever four-day game in an Ashes Test match. It’s great now that the players have that prep time, they’ve already played two or three before this Ashes Test. But its also the mindset – it’s the hardest format for the women to play because we just don’t play anything domestically. So you’re in that situation for the first time, having no experience. And the people around you haven’t got any experience either. So it’s really hard, but most players would actually put Test matches amongst the most memorable games they’ve ever played in. 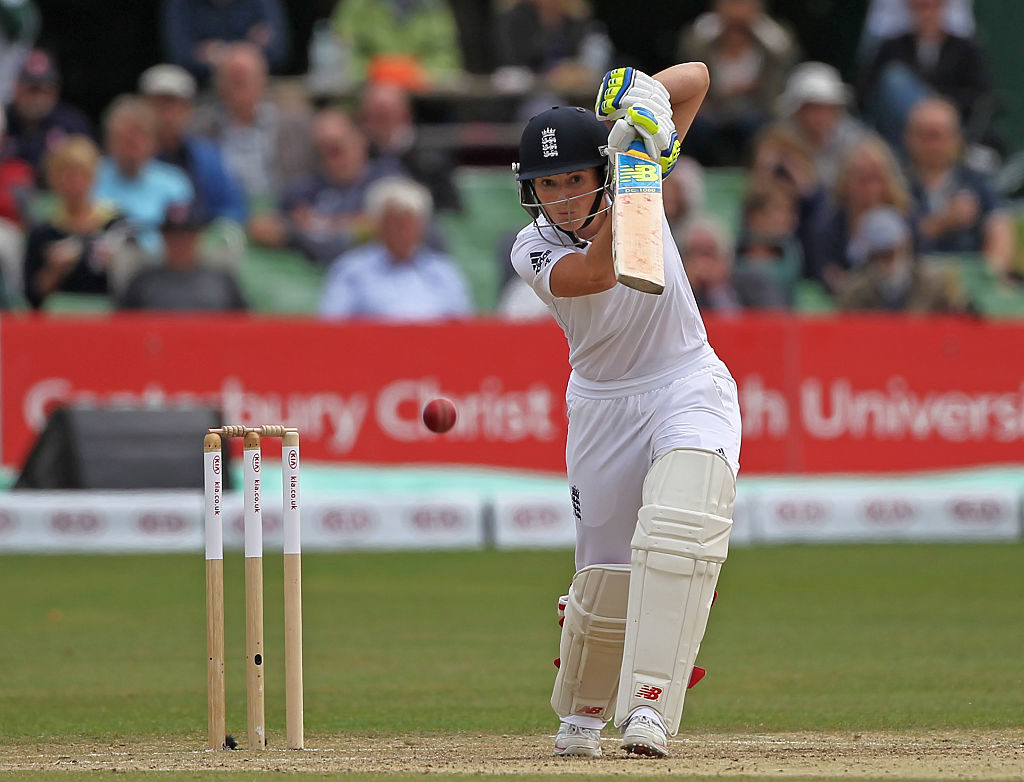 Charlotte Edwards is now a commentator and coach

I think women have struggled in Test cricket purely because they think about batting long periods of time and not getting out. Well, actually, Test cricket and winning Test matches is about scoring runs as well, and it’s finding that balance between scoring runs and batting time. And that’s been a real challenge in the female game. Hopefully as time goes on they will start playing it more as though it’s a 50-over game, just slightly prolonged.

The biggest challenge among young players I felt was that ability to bat long periods but still manage to score.

Sometimes you have these periods where it just seems to go nowhere. The old Ashes format didn’t help that, just one game, so it was quite a negative Test match. Whereas since the start of multi-format Ashes I think there’s been two results and one draw, which shows how this format is helping women’s Test cricket.

Showing aggression with the ball can be quite difficult in women’s cricket. It’s quite obvious in the men’s game when someone’s being really aggressive – you’ve got about six slips in, short leg, but we don’t have the firepower to do that, so it’s a lot about building dots and pressure and hoping for the batters to make mistakes. I think it will always be difficult to get 20 wickets in women’s Test cricket, especially if the pitch is not conducive. We were lucky in Perth in 2014 – there was something in the wicket, it had some pace to it, and if you bowled in good areas you got rewards. We need something in the wicket for the bowlers to take wickets and for it to be a good spectacle for the crowds that come in.

As a captain, the breaks are really significant. Women’s players, we’re not used to the breaks in play. I often found when there were breaks, and especially that last two hours of the day – it’s been a long time, they’re not used to batting long periods – that was where you felt you could make inroads, so it’s about being patient, and having good plans against all the players and executing them. I know in Perth in 2014 it was total carnage in the last hour of the day! For the players who haven’t played much it’s: two or three balls can change a game, whether you’re playing men’s or women’s. Just know that if you can add two wickets on to any score you’re in a good position. I’ve seen many games just slip away! The game changes quite quickly.