Sarah Taylor hit her seventh ODI hundred in the second match at Hove on Tuesday but admits her and her teammates’ attentions will also be on events in Russia in the coming weeks.

Speaking ahead of the deciding game at Canterbury on Friday, Taylor told Wisden.com that some of the England Women squad had taken their football fandom to the next level.

“I love my football. We’ll definitely be watching it as a team.

“A few of us in the team have got the Panini sticker book. I’ve currently got 11 packets in my pocket to go back to the hotel with. 89p! 89p they were! We do all the swapsies.” 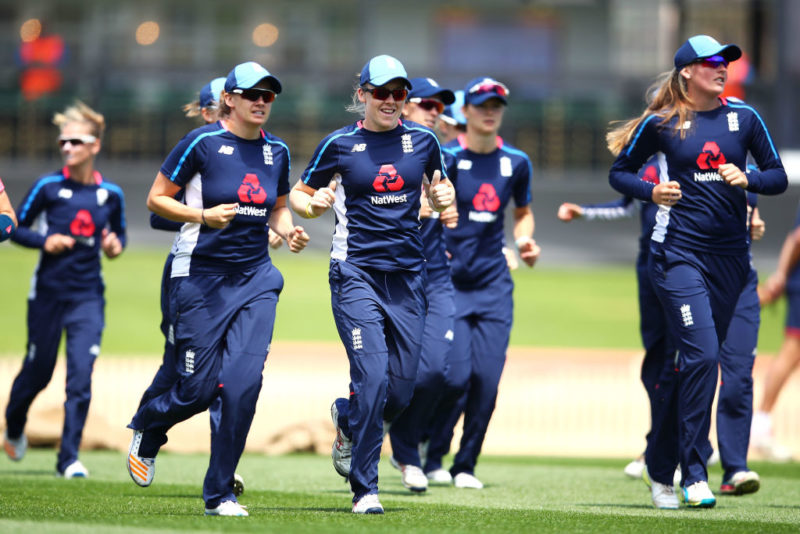 Taylor is not overly complimentary about the England captain

Asked about the footballing talents within the England squad, Taylor was full of praise for a select few.

“Do you know what? We’ve probably got three top players, maybe four. Jenny Gunn, she is good, to be fair.

“She’s like a Vieira in the middle of the mark. Just commands the field. Box to box. Good engine.

“Then you’ve Amy Jones. She’s very, very good… And then of course you’ve got Danni Wyatt on the wing. Then Nat Sciver would be good in the middle of the park alongside Jenny. You’re not getting through those two.

“And Heather [Knight]’s at the back, but I wouldn’t say she’s that great. She does a job…

“Me? Lazy, up front, a Berbatov kind of player.”

England Women follow their ODIs against South Africa with three T20Is versus the same opposition.