All-rounder Sophie Molineux has been added to Australia’s squad for the four-day Women’s Ashes Test, set to begin on July 18.

“When we sat down to pick the team, she no doubt would have been in the 15-player squad, but she wasn’t fit,” Matthew Mott, the Australia Women coach, was quoted as saying by cricket.com.au.

“We needed to see her reach her fitness benchmarks and get some form as well because she’s been out of the game a little while.”

The 21-year-old Molineux wasn’t part of the initial squad as she was recuperating from a right shoulder injury sustained at a training session in February during her stint for Victoria in the Women’s National Cricket League. A shoulder reconstruction kept her out thereafter, before she returned to the Australia A squad, as part of the one-day side that beat an England Academy XI 3-0.

“All the reports back from the A team were that she’s going really well with bat and ball, and it’s no surprise because I think she’s been one of our better players over the last 12 to 18 months,” Mott said. 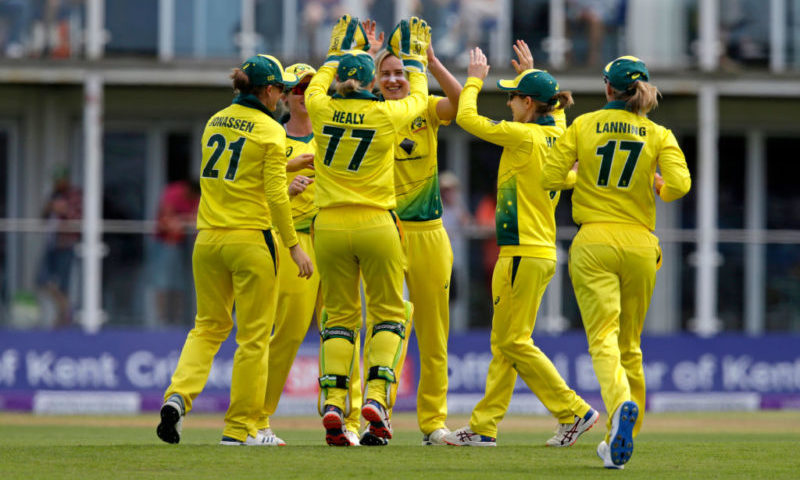 Australia currently lead the multi-format Ashes 6-0 on points, having swept the ODI leg 3-0

“She comes back now with some confidence and games under her belt. As we’ve said all along, having that Australia A opportunity has been unique but completely invaluable in terms of giving us the flexibility of waiting a little longer to bring her in.”

While she’s played just three ODIs and 15 T20Is, the least in terms of international experience among the spinners in contention, Molineux adds depth to the line-up with her lower-order capabilities with the bat.

“She’s got a game that can play one-day, T20 and Test match cricket,” Mott said, “so having her around the squad will only add to our depth in the allrounder class as well.”