New plans from the ECB look set to reduce the number of top women’s domestic cricket teams from 35 to ten while increasing the number of female cricketers being paid to play the game by nearly 100 from 2020 onwards.

According to reports in The Times, the ECB is aiming to restructure the women’s game so that the proposed ten professional counties will play in brand new 50-over and Twenty20 competitions from 2020.

Under the current structure, 35 non-professional teams compete in the County Championship, a 50-over competition and the county T20 cup while six separate professional franchises compete in the Kia Super League, which is set to be scrapped after just four seasons. 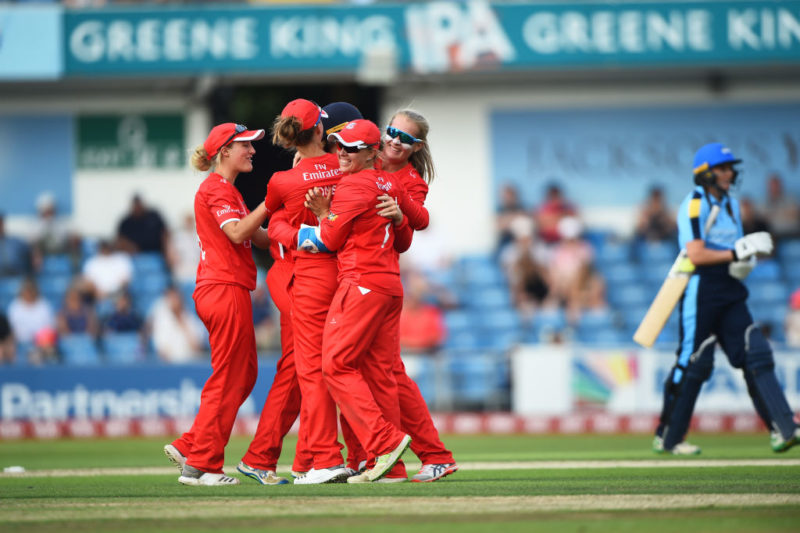 Other proposals suggest that the top ten counties should bring together the best players from all 35 sides with the consensus amongst observers being that the current number of teams is simply too many.

The ECB are looking to have a similar number of paid players themselves, with their new proposal to be funded by a share of the brand new £1.2 billion four-year broadcasting which will come into effect in conjunction with the restructuring.

As part of this plan, the Hundred is going to be introduced for both men and women as the replacement for the KSL.

However, with the Hundred expected to be the premier short-form competition for the women, the Professional Cricketers’ Association is concerned that the lack of an elite T20 competition as a direct replacement for the KSL could have an impact on the performances of the national team given that T20 cricket is the leading format at international level in the women’s game.