In 1989 Richmond CC took a chance on Adam Gilchrist, a country kid from New South Wales who would go on to redefine the role of the wicketkeeper.

As Richmond approached the 1989 season, the club had decided they weren’t too fussed about recruiting an overseas player. Dean Waugh – younger brother of Steve and Mark – had played for them the previous year and done well, but club captain Chris Goldie was happy enough with the squad at his disposal.

Then a call came through about a 17-year-old Australian called Adam Gilchrist looking to gain some experience in English conditions.

“I got a call from Michael Welch, who was chairman of Teddington CC at the time, and he had strong connections  with Australian cricket,” Goldie says. “The call went something like, ‘I’ve got this young lad, he’s meant to be a very good keeper-batsman, would you be interested in having him next year?’ I was keeping wicket at the time – I’d been Hampshire’s reserve keeper until 1986 – so I said, ‘He certainly won’t be keeping wicket but we’ll see what he’s like with the bat’.

“His first weekend for us didn’t really inspire anybody. There were a few debates around the nets as to how good he might be. One or two of the first-team boys weren’t really sure about this kid; others were saying he looked like a good player.”

Gilchrist was sent off to cut his teeth in the twos and hit a century at Finchley at the start of bank holiday weekend. He hit another the next day in a friendly against Wimbledon and a third in as many days versus Beddington. “He very quickly got named ‘The Boy Wonder’,” recalls Goldie.

Gilchrist continued to make hay in a gloriously hot summer, scoring 996 runs by the end of May, but his style wasn’t that of the trailblazer who would go on to tear high-quality attacks to shreds in the years to come. 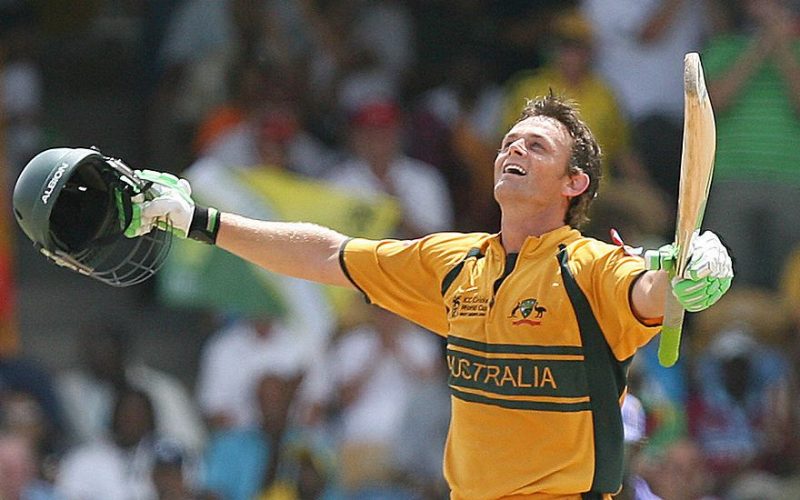 “He had a decent technique, but we didn’t think that he’d go on to be the player he became,” says Goldie. “He didn’t particularly demonstrate to us that he could take it on from ball one and smash it around the park. He got in, he didn’t give it away and he primarily kept the ball on the deck. I thought he had the temperament to succeed as a top-order Test batsman.

“He didn’t score as many runs in the league but he did get a very good hundred against a Brondesbury side featuring [Indian Test spinner] Dilip Doshi. I remember saying to Adam, ‘If you get a hundred we’ll win the game’, and he did.”

Gilchrist later wrote in his autobiography that he struggled with homesickness at the start of his time in West London but he made an instant impression at the club that continues to be felt today.

“They’ve all been great lads and we’ve had two or three who have been very good players. But none of them have been as good as Adam”

“He was a great lad who everyone loved to be around,” says Goldie, “and he’s been hugely supportive of us ever since. He came on an Australia under 19 tour in 2001 and a number of us went to Lord’s to see him play and went to the pub with him afterwards. He’s come back to visit the club at various points since. He’s very much part of the fabric of Richmond Cricket Club.”

In 2004 Richmond established the Adam Gilchrist Scholarship and, with the support of Gilchrist and his sponsors, each year since a young Australian from a country upbringing has spent a season with the club.

“They’ve all been great lads and we’ve had two or three who have been very good players,” says Goldie. “But none of them have been as good as Adam.”