After a career spanning 60 years, Cecil Wright, the former Jamaican paceman, is set to retire at the ripe old age of 85. Wright claims to have taken over 7,000 wickets in his playing days.

Records show Wright played one first-class match for Jamaica, against a Barbados side that included the great Wes Hall, Collie Smith and Seymour Nurse, back in 1958 in Kingston. He didn’t take a wicket and conceded 41 runs in 66 balls over two innings, as Jamaica won by six runs.

The story goes that Wright thereafter moved to England in 1959 and played in the Central Lancashire League for Crompton, and has bowled to the likes of Sir Gary Sobers. “We used to call him Skipper Garry,” Wright told Cricbuzz. “But when he got his knighthood, I met him and said, ‘hello sir’, and he spun around and said, ‘now listen boy, you know me as Skipper Garfield, and not Sir Garfield.'”

In his prime, he is said to have taken 538 wickets in five seasons – a strike rate of a wicket every 27 balls – and remarkably, he is still playing, for Uppermill in Pennine Cricket League 2nd XI Championship.

“At the grand old age of 85, the legend that is Cecil Wright has decided at the end of this season to finally retire from cricket,” the club announced on its Facebook page on August 18. “His last game is on Saturday, the 7th of September, at home to Springhead starting at 12:30pm. 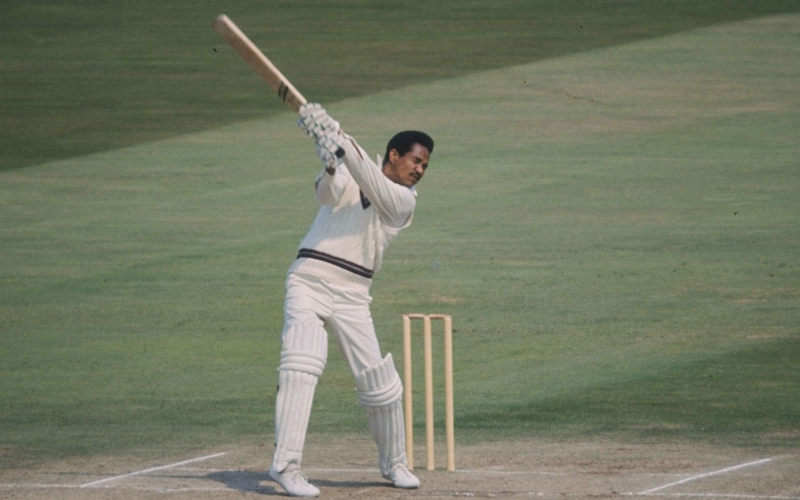 Wright is said to have bowled against the legendary Sobers

“Following the match, we will be hosting an evening to celebrate the career and everything Cec has done for the wider cricketing community. All players past and present, friends, family and supporters, are invited to what will be a fitting and deserved send off.”

In the interview with Cricbuzz, Wright recounted the time the late Sir Frank Worrell, the legendary West Indies captain, gave him a piece of advice that would change his fortunes bowling in England.

“[He said] ‘you’re not in Jamaica anymore, you know. Up here, you’re bowling in the mud,’” Wright said. “He told me how to go about bowling when it’s wet, and I haven’t looked back since.”