When should we start and finish a match in Saturday club cricket? It’s a very simple question without a straightforward answer. Rich Evans reports

Time: cricket’s ally-turned-traitor. The game’s leisurely tempo is now increasingly regarded as a character flaw. But it’s not just formats that fuel debate – start time, end time and travel time are vital considerations for any restructuring which bids to safeguard the recreational landscape. What’s a reasonable travel time for an away match? Does the ideal start time for a 50-over match differ from a 40-over match? Do players want their mornings or evenings free for non-cricketing leisure?

In the volunteer and player availability crunch, we’re trending towards fewer teams and fewer leagues, which surely counters the desire for increased localisation and reduced travel time? Yet the Sussex Cricket League proved during its pilot year in 2018 that amalgamation and expansion – by combining the four existing leagues into one big pyramid structure and regionalising – could in fact reduce travel time. It was the new league’s raison d’être.

According to the league’s chairman Gary Stanley the reduced travel time and snappier formats at the base of the pyramid “takes away the choice: do I want to play cricket, or do I want a social life? So young people are able to play cricket in the day and see their mates in the evening.” It’s such an important market but one many leagues are neglecting when determining playing conditions.

"Clubs and leagues must acknowledge that a cricket match starts the moment a player steps foot outside their front door, not just at 1pm or whenever the first ball is sent down"

“The geography of our county makes similar standards of opposition reasonably accessible,” says Dan Porter, chairman of Brent CC in Essex, “so our players normally expect a maximum of a 30-minute journey to an opposition venue. This has become the ‘norm’ because Essex is blessed with population and participation, so any fixtures further afield have vanished from our fixture card. Compare this to some of my friends who play in Hertfordshire and Suffolk, it is not unusual for them to have a round trip of two hours.

“Although members of our league vetoed the opportunity for our competition to be regionalised to reduce journey times, clubs and leagues must acknowledge that a cricket match starts the moment a player steps foot outside their front door, not just at 1pm or whenever the first ball is sent down. When you consider additional journey time, it is apparent that something has to give.” As an aside, most of my team think one hour is an acceptable maximum travel distance, except two, who set the bar at 45 minutes.

The Players Survey of 2018 – “By far the largest piece of insight that recreational cricket in Sussex has ever produced,” according to Sussex CCC – yielded more than 1,700 responses from local cricketers on playing conditions, including start times. “There are many who want to start at 11am and finish by 5pm,” says Stanley. “And there are players – though not as many now – who’d rather start at 1/1.30pm and don’t mind what time they finish. If you’re starting at 12.30/1pm and only have to travel 30 minutes then you can still get home for 7.30/8pm. You shouldn’t be playing cricket for more than five or five-and-a-half hours. Forty overs, win/lose is the perfect format that keeps people interested.”

While an 11am start for a 50-over game would leave your evening free, a 12.30/1pm start for a 40-over match – the ECB’s preferred choice of format and a more natural extension to T20 – could free up a large chunk of both your morning and evening. 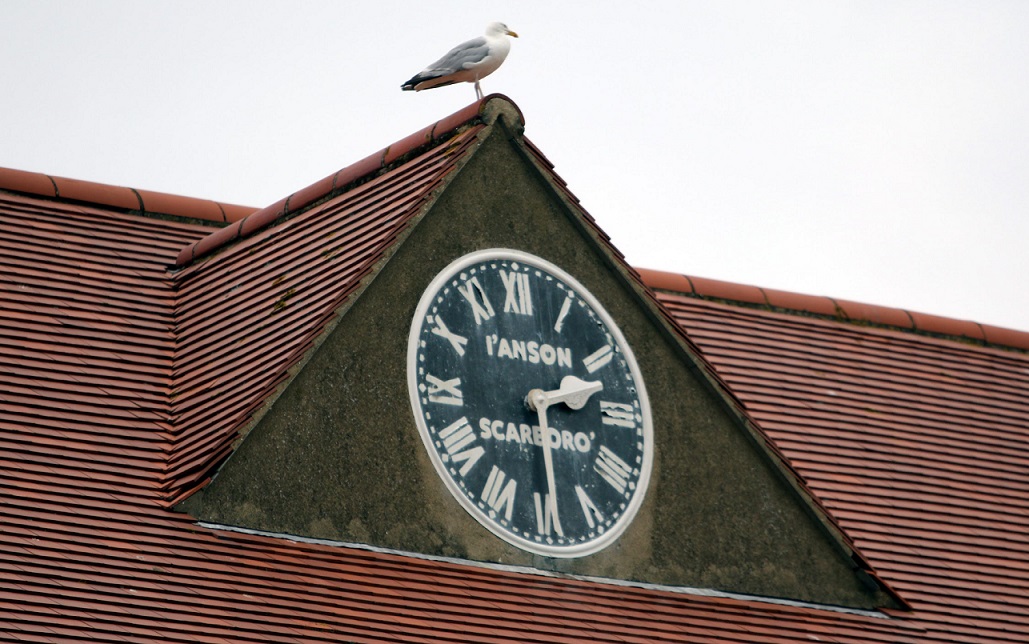 Simon Prodger, managing director of the Club Cricket Conference, believes disagreements over start times are “generational”. “If you designate a 1pm start then playing a 40-over win/lose match would take 20 overs out of the game, allow players to finish suitably early, and enable youngsters to have a social life outside of cricket. Youngsters want their evenings free, whereas the older ones steeped in the club game would probably write off their Saturday evenings. You need to find the right format for the agreed start time.”

Formats and match duration get more airtime but the designated hours in which club cricket is played are every bit as decisive in terms of intruding on your off-field life – although they’re naturally interlinked.

Porter sings from the same hymn sheet as Prodger. “Most want to be done by 6pm,” he says, “but if you start at 1pm how do you fit in 100 overs of cricket in five hours? It’s impossible. It was the basis behind one of my motions a few years ago to trim it to 40-over cricket. You’re seeing clubs forfeit matches on the basis that people won’t make themselves available because they’ve got to go out in the evening.”

It’s not all about hacking off overs, however. “One of the other proposals put forward to our league was the regionalisation of the lower tiers so teams didn’t have to travel so far, but it was vetoed,” continues Porter. “Shortened lunch breaks, reduced overs, bowling from one end… all the things that can put time back into players’ pockets are knocked down, which seems bizarre.

“Most young players at Brent would prefer to start earlier. All the data and polls indicate that time is an issue. Some of the older guys can’t fathom that the best way to get 15 minutes back is by bowling 10 overs from one end before swapping, but they need to accept that they’re passing on the baton – and if that means starting earlier then we must consider it. For one game last year we started a at 11am because people wanted to break for England’s World Cup football match, which is evidence that people are willing to start earlier.”

I started the debate on my team’s WhatsApp group. Firstly, the youngsters, aged 18 and 20. “I’d prefer an 11am start. Gives more time to socialise or get ready to go out in the evening.” The older brother chipped in: “Depends what state I’m in but generally midday so you’ll get extra time in the evenings.”

To my surprise, most of the older lads also backed an earlier start. “10am or 1pm – that way you’ll get an early end or a morning of leisure, preferably the earlier option,” said our fifty-something opening bat. A forty-something added: “11am start because I’d rather the extra time in the evening than the morning”. One player approaching his 60th birthday thought “a midday start might encourage the away team to stay for a drink after the match and there’s more chance of people playing if they have an evening commitment”.

However, a family man had an alternative view: “Keep it at 1pm as it allows a morning at home and a light lunch pre-game.” Robert Cunliffe, the former Gloucestershire pro who captained Bedminster CC last year, weighs in: “Personally, a 12.30 start is perfect because it gives me some family time in the morning and I know it suits the other older guys at our club. I wouldn’t want to start at 11am, that’s for sure, but the youngsters would be more than happy to start at 10.30/11am and finish at 5.30/6pm. Maybe if you asked me that question 15 years ago, I would agree, but if I told my wife, ‘Right I’m leaving tomorrow at 7.30am’, I don’t think she’d be best pleased.”

Formats, start times, end times and travel distances are all key elements of club cricket’s war with time and receding participation levels. Most players demand either their mornings or their evenings free for non-cricketing leisure, and that’s just your loyal clubbies. Those on the fringes are likely to demand both. That doesn’t mean it’s T20 or extinction – 40 overs-aside appears a logical compromise on a Saturday – but the game must be open to drawing inspiration from time-saving tactics deployed in All Stars Cricket, and set to be used in The Hundred.

Perhaps counties could consider running separate early bird and afternoon leagues to give people a choice of start time? Maybe that’s every bit as important as choosing between 40, 45 or 50 overs. We must not regard time alterations as chipping away at club cricket’s character and integrity, rather whipping it into shape so future generations see it as a viable activity. Time is not on our side.

Are players’ voices being heard in the committee room? – READ THE DEBATE

“If youngsters want to have a game that works for them they must be prepared to get involved behind the scenes – but not too much. As a secretary of a medium-sized cricket club, which was part of a wider club hosting two other sports, I ended up doing four or five major roles at a time. It resulted in me losing my job twice and from my experience I would suggest that nobody under 35 should hold more than one major position as they are also trying to establish themselves in life. I did feel bitter about people who just took and never gave back.” David Rimmer – via email
‏
“The reality is that fewer players are interested in standing for a role on the committee but that’s not limited to cricket. Time for more clubs to engage with online voting perhaps?” M Camp – via Twitter

“In my club we actively worked on enlisting some of the younger players in the committee, which gives them a sense of ownership. We, however, being a friendly side, don’t have the regulations and constrictions of leagues but we do have a thriving club with 60 fixtures.” Annie Chave, Guerilla Cricket commentator – via Twitter