Your latest club cricket news round-up from across the shires, including some epic bowling performances.

Hertfordshire over 60s skittled Sussex over 60s for just 7 at Abbots Langley CC in the National Over 60 Championships South East Group. Remarkably, opening bowlers Sandy Reynolds and Keith Martin claimed identical figures of 6-4-3-5, with the visiting side’s batsmen contributing 0, 0, 1, 2, 0, 0, 0, 0, 1, 2, 0*. The Herts openers Si Sampat and David Robinson knocked off the target in 1.3 overs.

It was a remarkable performance from the Hertfordshire over 60s cricket team, as they skittled Sussex for just seven runs at Abbots Langley CC. Read more. 👇 https://t.co/tTtHBOxM70

Moddershall & Oulton CC’s Dan Coclough claimed incredible bowling figures of 17-12-11-9 against Stone CC in the North Staffs and South Cheshire League Premier Division. “I was bowling really badly at the start, struggling with running down the hill,” said the medium-pacer. “My dad was telling me I was s**t. Then I bowled their opener, nicked a couple off, bowled their best player and just got into a groove. It was the perfect wicket for me. My previous best was 8-20 and Dad’s was 8-19, so 9-11 puts that one to bed, thankfully.” 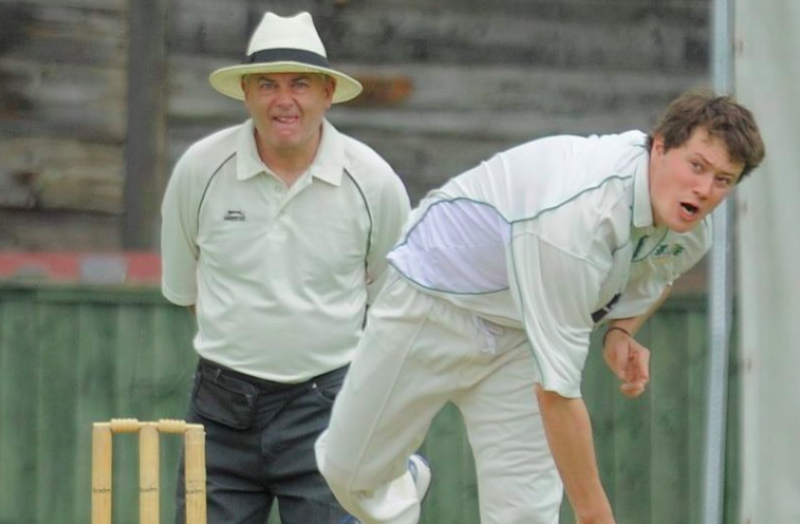 Thea Smith and Becky Heath-Taylor, both ordinands at Trinity College, Bristol, have become the first women to play for The Archbishop of Canterbury’s XI. They made their debut at the Campanelle Ground in Rome against the Vatican’s St Peter’s CC.

Hayfield have become the first club to enter an all-girls team into the Derbyshire & Cheshire under 15s league, playing against boys’ and mixed teams. Head of the section Mark Peacock said: “With the women’s international cricket being played in England and the FIFA Women’s World Cup on, its massive that the girls are seeing women’s sport getting the high-profile coverage it deserves.”