In issue 10 of Wisden Cricket Monthly, Rich Evans considered whether friendly cricket was still relevant in today’s club cricket scene. As ever, our readers have had their say on last month’s Club Debate.

READ THE DEBATE: ‘Friendly fire: Do we need to rescue friendly cricket from obscurity?’

“Who is the ‘we’? Tomorrow’s player (All Stars cricketer aged 5-8) or today’s lapsed, time-poor millennial-aged 25-39, or late-middle-aged players like me hankering for the way things used to be? There’s no long-term future in the latter.”
Simon Jones – via Facebook

“Revive friendly cricket? Has it suffered an attack? League cricket adds a competitive edge that no friendly can, but friendly cricket still has its place. Our club has Sunday friendlies, which are a good environment for youngsters to start and the older players to continue with the wonderful game.”
Mark Thistlethwaite – via Facebook

“The aim of our Sunday team is to play a mixture of older experienced players with four or five colts, which prepares them for Saturday league cricket. On reaching the age of 51 I decided to play a few Sunday games to ready myself for retirement from league cricket. It was the most enjoyable cricket I have played for many years. To see some of the colts get their first fifty or five-for was fantastic – especially as I have coached them over the years. There was no pressure on the players – we encouraged the colts to bat up the order and open the bowling. The Sunday friendly cricket we play is so important – very family-oriented and enjoyable, which is what sport is all about.”
Mark Jones, Merrow CC 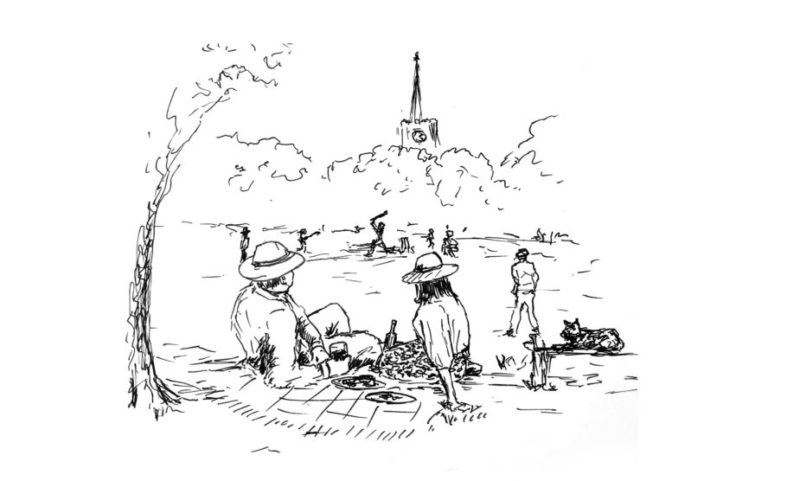 “The dodgy decisions, the mismatches and the worldie catches are all part and parcel of friendly cricket. Regular fixtures really are friendly – you can call on other teams to help out if you are a player or two short for an upcoming fixture.”
Paul Dennis – via Twitter

“Sunday cricket is dying at our club. We can barely get an XI out and we have four teams on a Saturday. Midweek XI is still popular though”
Robbie-John Handley, second-team captain, Royal Ascot CC  – via Twitter

“We are one of the few clubs in our area still offering league cricket on Saturday and friendlies on Sunday. We packed in the Sunday league because, despite promises to maintain a friendly and constructive ethos, it proved to be just more of the same.”
South Loughton CC – via Twitter

“League cricket Saturday. Friendlies Sunday. That was superb in the 80s. Competitive cricket one day. Learned the game on the Sunday. Perfect balance. Sunday leagues ruined that.”
Steve O’Brien – via Twitter

“I only ever play friendlies because it’s much better giving everyone a chance and there are no one-sided contests.”
Tim Edwards – via Facebook