Are we killing off the overseas cricketer, how much does club cricket need them, and should Home Office guidelines be clearer?

The foggy immigration laws shaping overseas player recruitment have perplexed too many for too long. Your club may be mulling over the acquisition of a foreign pro for next season. One word of advice… DON’T – at least not until you’ve read this article. An update from the ECB has landed, and it could save your club chairman a £20,000 fine.

In September 2016, and again in January 2017, Paul Bedford, the ECB’s national participation manager (leagues and competitions), informed clubs that the Home Office had advised that non-European Economic Area (EEA) players entering the UK using the Standard Visitor visa, Mobility Visa or as a Non-Visa National would only be permitted to join an amateur club if they qualified as an ‘Amateur’ – “a person who engages in a sport or creative activity solely for personal enjoyment and who is not seeking to derive a living from the activity”. 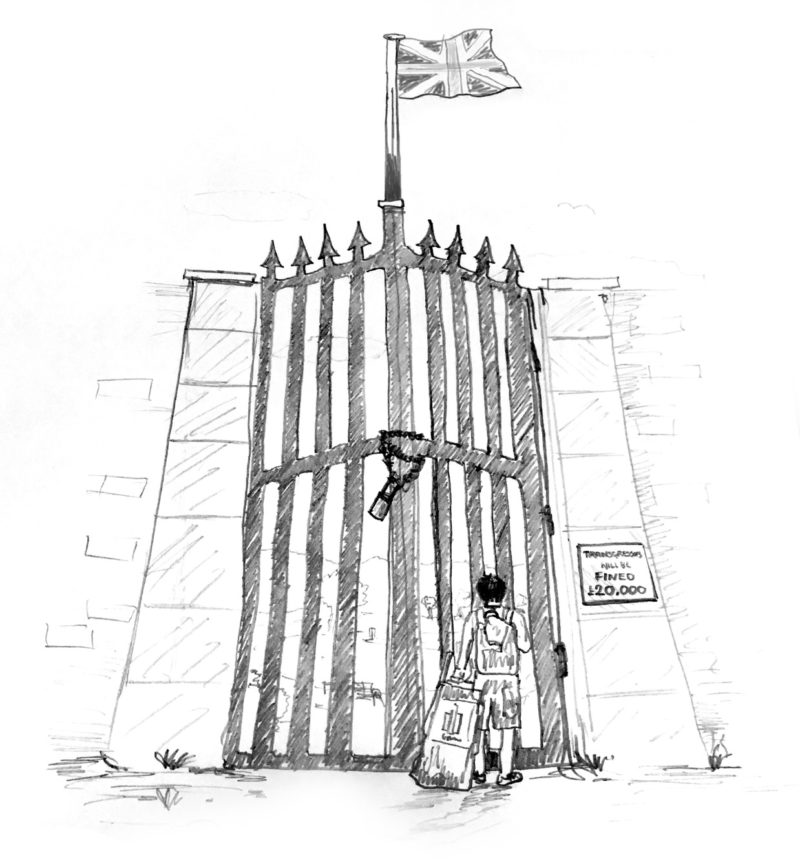 Is the Home Office killing off the overseas cricketer?

The Tier 5 Creative & Sporting Visa is the safest route, whereby the club acts as the employer and main sponsor, but the cost and workload is sizable. The chairman (the Employer’) holds the legal responsibility and a failure to carry out the correct checks could land them with a £20,000 fine. Furthermore, players deemed to be on a ‘Player Pathway’ – cricketers who have represented their state, province or territory (paid or unpaid) at under 17 level or higher in any country” – are also deemed a pro. This is where the fog sets in.

Simon Prodger, managing director at the National Cricket Conference, says: “Some clarification is needed about what constitutes a pathway. Clubs don’t want to take the risk; they’re not prepared to take an overseas player because they could be inadvertently contravening the law of the land and be in serious trouble. There’s a genuine uncertainty in the club world about what they’re liable for.” Steven Hirst, founder and managing director of cricket agency CricX, agrees: “The wording of the term ‘pathway’ is not black and white – it’s still open to interpretation. That needs to be ironed out.” 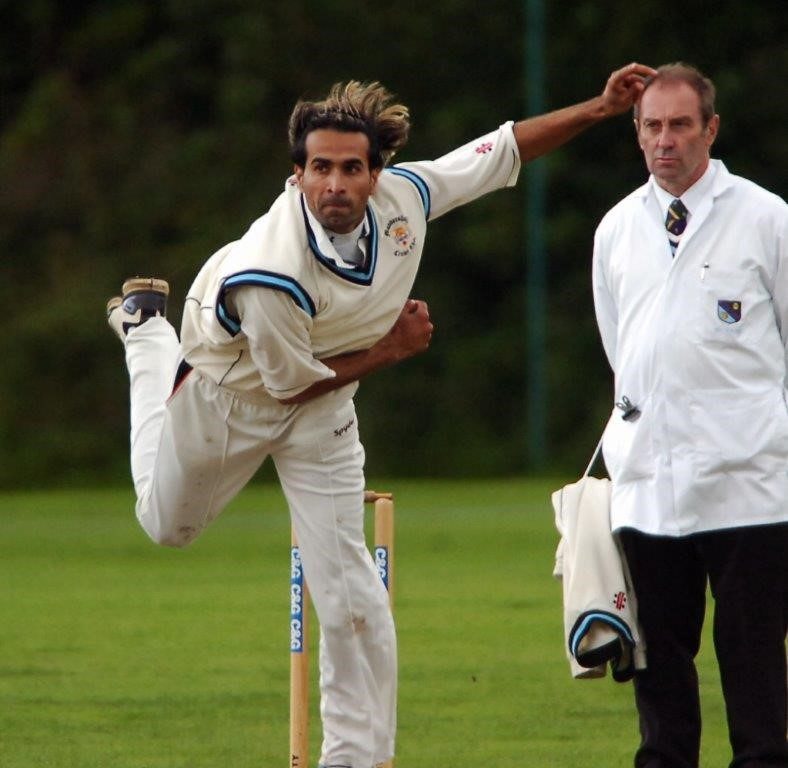 Prodger believes “the ECB has done an honest and reasonable job of trying to represent the interests of the recreational game” but that “there was a lack of sensitivity in the way this change in process was passed on”. He continues: “I think the Home Office have been ignorant of the environment and quite draconian in laying down the laws. Leagues passed the responsibility onto the clubs, which is predictable. There is still genuine confusion and it will change the scenery. A lot of clubs won’t bother with overseas players now. It’s scared people.”

In July, Frinton-on-Sea CC took the Two Counties League (TCL) to court, after the ECB feeder league questioned the eligibility of Blake Reed, a 22-year-old Australian. Reed had represented Western Australia under 19s in 2013 and was adjudged to be on a pathway. TCL told Frinton not to play him and imposed a points penalty when they did. The ECB supported TCL’s stance, Frinton claimed it was discrimination and proved Reed was not employed as a sportsman, while the Western Australia Cricket Association proved he was no longer part of their system and had never been paid by them. However, the tribunal concluded that he was “an aspiring” player or coach and thus a pro, rendering his Youth Mobility Visa, which specifically prohibits employment as a sportsperson, inadequate.

The most useful clarification? The payment of a player’s airfare or accommodation, or the use of an agent, is likely to work against any claim for amateur status. Frinton made headlines, but the ECB identified dozens of non-compliant clubs in 2017. It seems they won’t get away with it next year. Hirst, who has been kept informed by Paul Bedford, says: “There have been proposals sent to the Home Office about relaxing the rules by having an age bracket; under 23 or 24-year-olds would be able to come in for the experience, but anyone older would be prevented from doing so unless they come on a Tier 5 Visa”. This was not included in the update but Hirst believes it would be a realistic compromise, aiding young players who seek a “legitimate experience” but deterring money-orientated guns-for-hire.

For decades, the English village green has played host to young overseas players, but do we really need them? Prodger, who as well as his role with the National Cricket Conference is also chairman of Watford Town CC, says: “There needs to be more understanding from the Home Office on the benefits in having overseas players committed to the club for the whole season, getting involved in junior coaching and raising standards.” 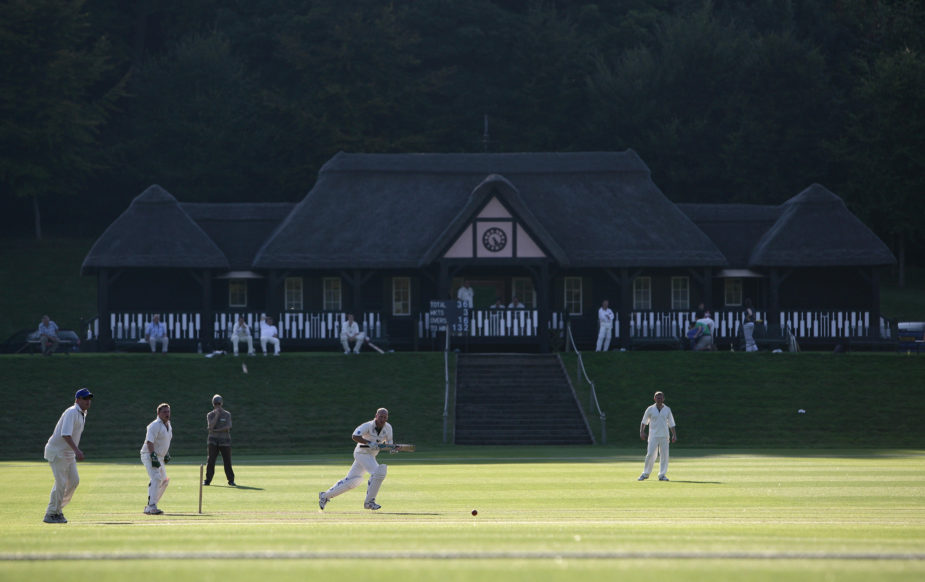 Club cricket has a long, proud tradition of welcoming players from abroad

But Paul Blackwell, registration secretary of the Hertfordshire Cricket League, is far from convinced. “Overseas players are a luxury club cricket can do without,” he says. “Most clubs have been caught out with players who play cricket and get drunk but aren’t interested in being part of the club and helping. Money leaks out of our game. You don’t get football teams bringing in overseas players at club level, so why does cricket feel it needs them? They don’t benefit any of us. The ECB and the Home Office are trying to kill it off, and it probably will be killed off.”

From their point of view, the ECB refutes the claim. “One of the uniquenesses of our game has been that as an 18-year-old you can travel to the other side of the world and for six months learn about yourself as a cricketer and person – and that goes both ways from England to Australia and vice versa,” says Matt Dwyer, the ECB’s director of participation and growth. “We should always be trying to support that, while providing opportunities for our own talent. We get caught up in the laws of the land and we’re not exempt from that, but providing young men and women with that opportunity is something we’ll be lobbying really hard for.” 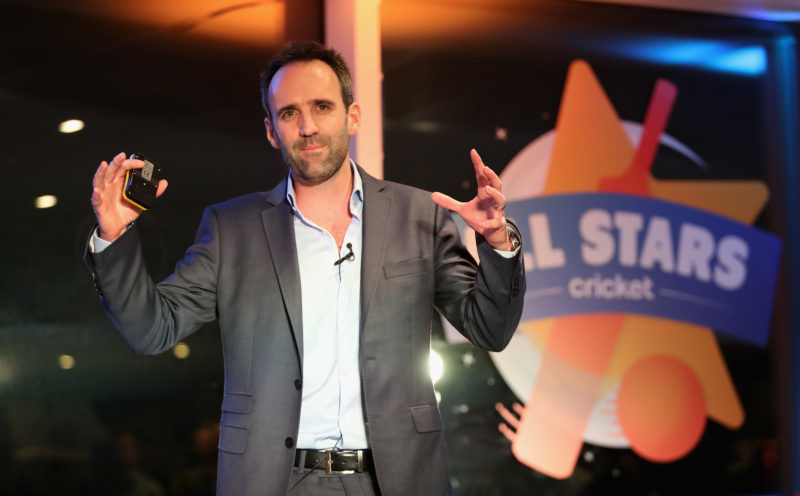 The ECB is seeking a mid-term compromise with the Home Office and is hopeful that amendments will be in place ahead of the 2019 season, with precise details agreed by autumn next year.

So, what does the future hold?  “I don’t see this as ending overseas players but it will certainly stymie the flow and it might adjust the balance of cricketers from certain parts of the world,” says Prodger. “That shift has been from what is uniquely Australian, New Zealanders and South Africans, increasingly to Asian cricketers. [But] there’s far more uncertainty around the validity of Asian cricketers.”

Hirst of CricX says that in 2017, “clubs would look down other avenues, which opened doors for other players… In terms of placement numbers, we placed as many players last season as we ever have done.” That’s unlikely to be the case in 2018.

“The paperwork to get a Tier 5 player in is huge,” says Blackwell, who is responsible for approving overseas player registrations in Hertfordshire. “I tell clubs not to think about the old idea of bringing an Aussie over, letting him stay in your spare room and play cricket all summer – that’s a £20,000 fine waiting to happen. We’ll either ban overseas players altogether who are coming in on anything other than a working or student visa, or we’ll just throw it all out and go back to what it used to be – anybody can play. That critical point is a year or two away, and I don’t know which way it’s going.”

Blackwell admits he can’t legislate due to the volume of investigative work required. It’s small wonder that leagues are passing the buck to clubs.

Money leaks out of our game. You don’t get football teams bringing in overseas players”

There’ll be fewer overseas players in club cricket in the UK in 2018. After a season of confusion, the Home Office will be exerting greater force. Clubs will divert resources towards the payment of homegrown talent, but the government’s argument that the reduction of foreign marquee players will help protect opportunities for British players is unconvincing. Ambitious clubs will sponsor quality pros but we’re set to alienate overseas stars on a lower plane who have no realistic ambitions to forge a career in cricket

Clubs won’t cough up to employ second-rate players on a Tier 5, while amateur-classified pros’ motivation will be tested when they’re told to cover their own air fare. Will they trust the unknown angel who promises to reimburse them on the down-low? Will a young player with aspirations to play cricket overseas think twice before following a pathway?

Related Story: Club debate letters: Two Counties change overseas policy after legal battle
The marketplace is changing as club cricket adjusts to rigid times. WCM recommends that you either sign a Tier 5 player or recruit a UK/EU Passport or Ancestry Visa holder. If you’re seeking an overseas ‘Amateur’, study the rules meticulously and stay comfortably within the parameters. Don’t tread that boundary rope. For many clubs, overseas player acquisition will not be worth the risk in 2018.

Your voice matters: Join the debate and share your views on grassroots cricket by commenting below, emailing editorial@wisden.com or tweeting @WisdenCricket

Call the Home Office (Sponsor & Employer Enquiries) on 0300 123 4699 or email:  BusinessHelpdesk@homeoffice.gsi.gov.uk. You can also consult the ECB’s Managed Migration website, but the ECB is not registered or qualified to give advice on immigration.