Rich Evans asks what challenges are being posed to women’s grassroots cricket and whether it is set to benefit from the ECB’s new strategy.

The women’s domestic game is in a state of flux. The future of the County Championship is in doubt and the Kia Super League is in its last season, with The Hundred on the horizon. A new T20 competition has been mooted, but details are yet to emerge.

So how will this affect the lower echelons of the pyramid? And can the women’s recreational game continue to build on the increased engagement that followed England’s World Cup win of 2017?

The state of play

While no one can argue that women’s international cricket is gaining muscle, former England international Bev Nicholson, an All Stars Cricket activator, offers a damning verdict on how women’s club cricket in Yorkshire has changed in recent times.

“The average age is about half what it was,” she says. “I played in the Yorkshire team that won the County Championship 10 years in a row. Out of everybody I played with, there are only two or three still involved in cricket in any way, which is sad. The number of senior members is very few and the standard is a lot weaker.

“We’ve had a bunch of seriously talented players recently, but where are the next international players coming from? England’s success over the last few years has been a smokescreen for a struggling domestic structure. Right now, the women’s club game isn’t enticing enough to keep those who are coming out of county cricket.

“There’s a huge drop-off rate for teenage girls. When the girls come out of junior county cricket, if they don’t make the senior county first team, they often disappear. So, if 10 players out of Yorkshire’s first team don’t get to play The Hundred, are they going to walk away from club cricket? That would create a massive hole. They’re the ones with the experience to work within clubs to encourage young female cricketers. The Hundred is a good idea, but it’s going to put big pressure on league structures.” 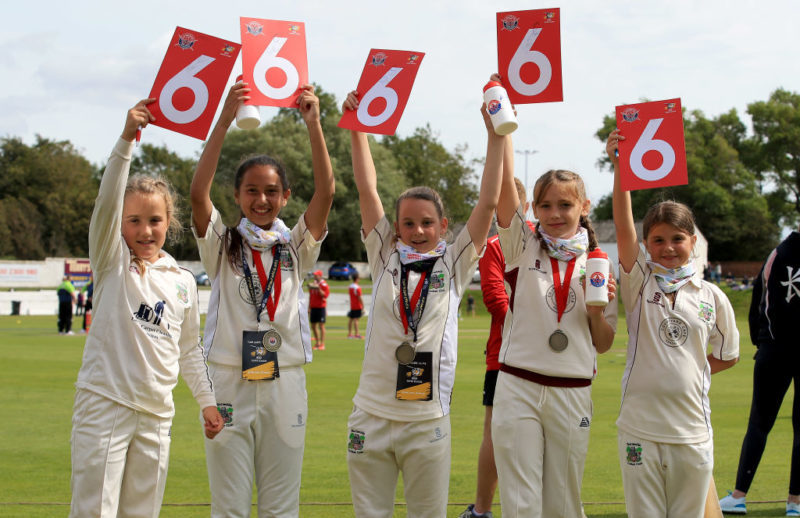 Vicki Howard, the women & girls’ cricket participation officer for the Surrey Cricket Foundation (SCF), doesn’t see a diminishing standard in her county. “Our under 15s league and division one league are very strong,” she says. “The drop-off of county cricketers is usually those who weren’t attached to a women’s club before entering the performance set-up.”

Howard does concede, however, that the landscape has changed. “Historically, 14 and 15-year-olds would not have played women’s senior cricket but now clubs are reliant on juniors. I am the third-oldest in my team at 28, with the bulk being 16, 17 years old. The SCF is going to do more work with universities to bring people back into the game this winter and next summer. We retain players until they go to university – some clubs get them back but many don’t. We’re missing out on that twenty-to- late-thirties age group, but they often return in their early forties.” 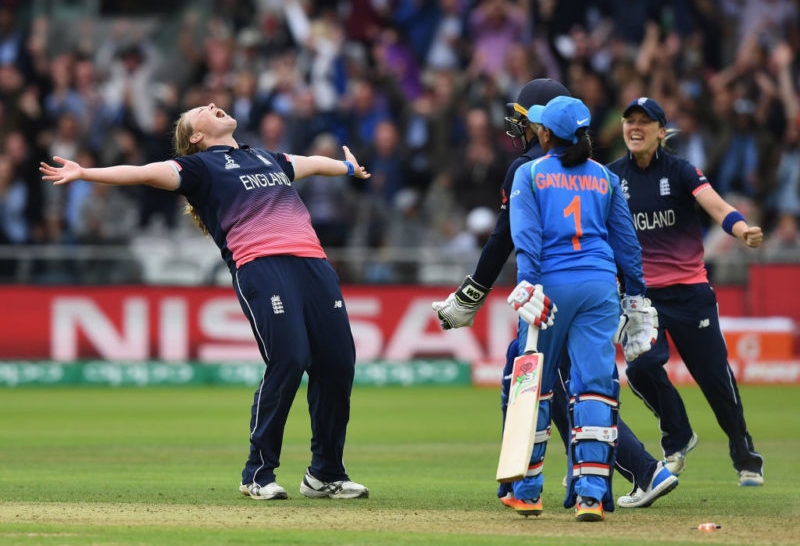 The World Cup triumph of 2017 was described as a watershed year for women’s cricket in the UK, but
has grassroots profited? “No, not in Yorkshire,” says Nicholson, who has semi-retired from a career that included six ODIs between 1996 and ’99. “Most international games are down south, so people don’t often get to go and watch. If they don’t have Sky, they don’t see it.”

The picture is more positive in Surrey, however. “There was a noticeable boom, especially with the younger age groups,” says Howard. “Under 11s and below were inspired, and we had a bigger retention of under 14s and 15s. Next year, the clubs believe we’ll have enough players to run an under 17s league.”

Women’s club cricket is facing many of the same threats as the men’s game. “The challenge is making sure we provide the right formats,” says Nicholson. “Yorkshire is logistically almost the equivalent to four counties, which means in previous years the travelling has been vast. We’ve tried to reduce that for the lower competitions through regionalisation, so people don’t have to drive 60-70 miles for a modest game that might last two hours.

“You’ll find a lot of girls playing solely junior county cricket, which should not be happening. If you have girls who aren’t keen on playing with boys, then where do they play without doing masses of travelling? We have girls who come from other counties to play at clubs here because they don’t have the club structure in their own county.” 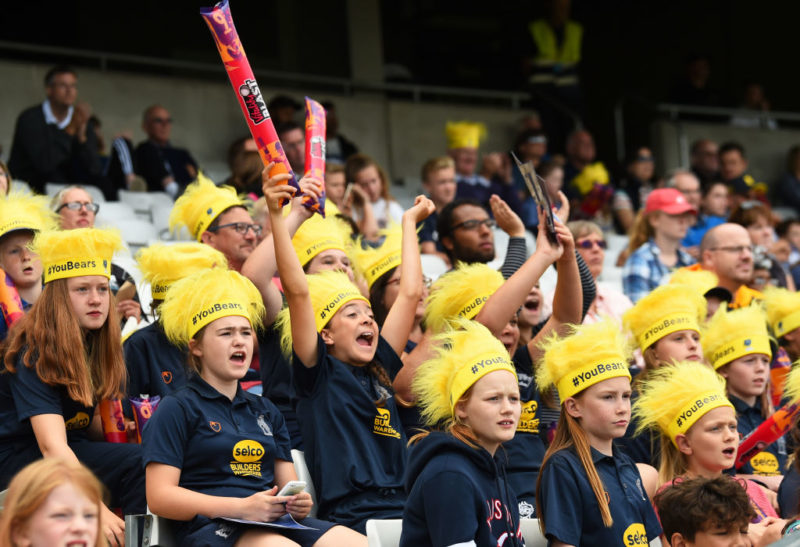 Increased female engagement is a strategic goal of The Hundred

Women’s club cricket in Yorkshire reached “crisis point” in 2018, according to Nicholson, who was heavily involved in its restructuring. Teams folded, games were conceded, not helped by the ECB’s rejigging of the domestic programme. With county games crammed into the first half of the summer, Yorkshire’s club season started in late June/early July, which proved to be a “disaster”, with many club players by then lured away by rival leisure activities.

This season, concurrent with the county fixtures, Yorkshire’s clubs have competed in eight-a-side T20 games throughout May and June before the 11-a-side matches commence in the second half of the summer – 20, 30 or 40 overs depending on the level. Meanwhile, a 16-over paired competition, the Super Eights, is aimed at clubs starting their hard-ball journey. Last season only seven or eight teams finished the season, but 15 signed up for 2019.

The Cornwall Women’s Cricket Association announced a similar plan in November to counteract the ECB’s domestic scheduling, while women’s cricket in Surrey has also undergone a restructure. Howard says travel distances were “ridiculous” last year for the 10-team Surrey Women’s Trust League, and the gap between the strongest and weakest teams was huge. The stronger Surrey-based clubs competed in the Women’s Cricket Southern League, which spans Essex, Hertfordshire, Middlesex, Kent, Sussex, Surrey, Hampshire and Berkshire, with Reigate Llamas, the club that Howard coaches and captains, travelling up to two hours (one way) to a match. Something had to give.

For 2019, the Southern Counties Working Group, which Howards sits on, proposed two divisions in most counties (or one if they didn’t have one originally) with clubs in the bottom three tiers of the Southern League returning to their counties to compete more locally. The Southern League, which had five divisions only two years ago, will have just two by 2020, with the stronger clubs from neighbouring counties competing in the Premiership and Championship and travelling further afield. It echoes the type of structure becoming more prevalent in the men’s game. 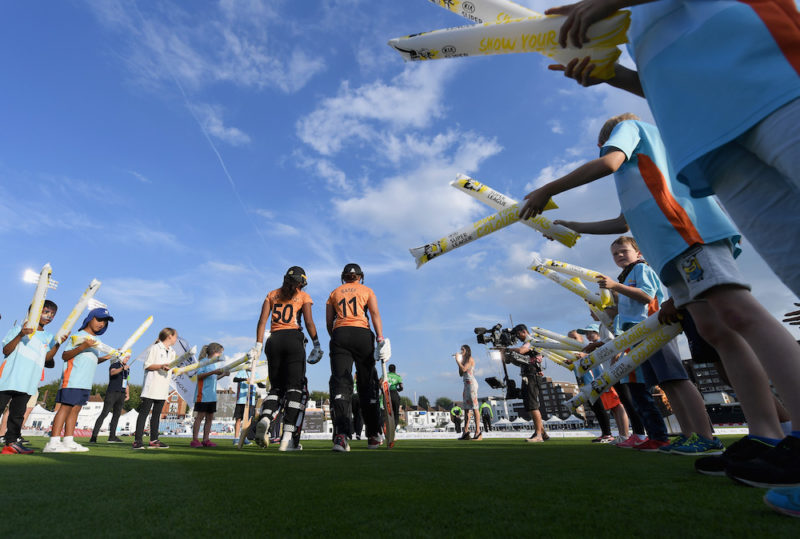 At the time of writing, no matches in division one of the Surrey women’s league have been conceded – and just one in the Surrey Slam T20 competition. “We’ve had fewer concessions, shorter travel times and better games of cricket,” says Howard, who reveals that women’s and girls’ cricket in Surrey has grown 33 per cent in a year (2017-2018) – an increase largely due to higher participation among girls.

So, what’s the trick? “We got funding to go into secondary schools, which has boosted the transition between schools and local clubs,” says Howard. “We were never previously engaged with independent schools – previous funding was all-state school-focused or club- focused. The numbers have boomed.”

Increased female engagement is an “important strategic focus” of The Hundred and the ECB’s Strategy for Cricket (2020-2024) titled Inspiring Generations. The governing body ran 270 women’s softball festivals for the first time in 2017, attracting 9,500 players – 60 per cent of whom had never played before. A year later, they reported that almost 60,000 children, of both sexes, took part in All Stars Cricket in 2018 – a third were from non-cricket households and twice as many girls took part as in 2017. 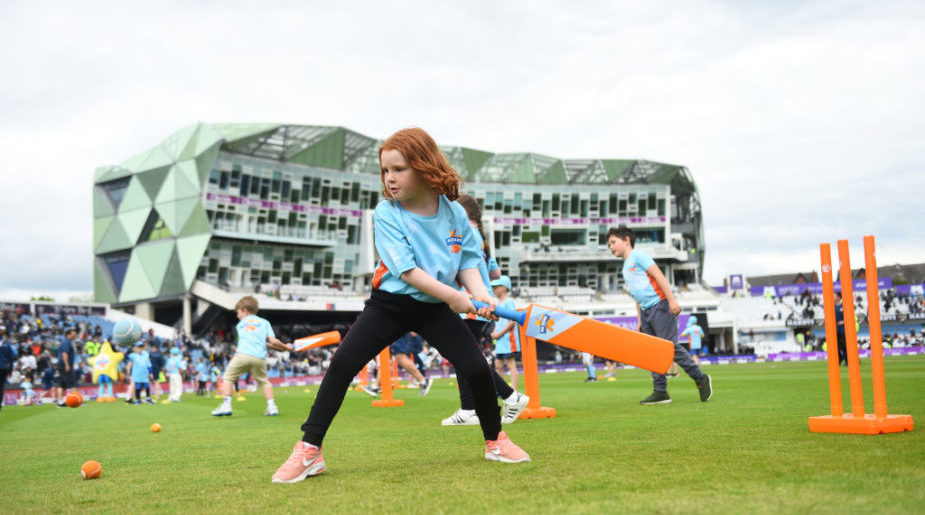 A young girl plays All Stars Cricket on the Headingley outfield

A £1.2 million National Lottery grant was also used to develop a volunteer network of 2,000 female role models to help deliver the introductory programme. It’s all about widening the base.

“Women’s and girls’ cricket is one of ECB’s six main priorities for 2020-2024,” an ECB spokesperson told WCM. “The board have agreed an initial investment of £20m over two years, with the aim
of investing £50m over the five-year period. Our investment and focus on women’s and girls’ cricket is as much on participation and growing the base, as it is performance. We are currently recruiting for a new role, head of female participation, which will work closely with the counties to ensure that we are able to offer a thriving club scene for women and girls across the country to help create a sustainable pathway.”

Many in the game will look forward to learning the finer details later this year.

There is understandably a desire to foster a healthier club system to both meet increasing demand – either now or in the future – and help boost player retention. Like the men’s game, travel time, formats and creating a level playing field are vital considerations.

Related Story: Want to give 50-over cricket a boost? Learn from the FA Cup, says Surrey chairman

Twenty years ago, there were only 93 clubs in England and Wales offering women’s and girls’ cricket. The latest figure is believed to be over 800. Let’s hope the ECB and our club system can propel it further over the next five years, converting All Star Cricket recruits into club cricket lifers. There lies an exciting challenge.

“Most Saturday games I’ve played have all been 40/45 overs, mostly against clubs less than half an hour away. So leave the house at 12.30pm, start at 1.30pm and finish at 6.30pm, with plenty of time for a pint afterwards and still be home by 9pm.” Adam Brown – via Twitter

“Half of the games should be 50 overs, half 40 overs. Max travelling time should be 30 minutes or 5-10 miles, particularly in the lower leagues.” Ryan Ramdin – via Twitter

“There is still a significant minority who want Saturday mornings [free] for family or work reasons. Leagues should be regionalised so there is no more than one hour travelling time – there and back – and there should be a 1pm start. Games should be 45 overs per side and completed by 6.30pm.” David Rimmer – via email

“Bowling 10 overs from one end [to save time] is the worst idea in the history of cricket. Standing in one fielding position for 10 overs is a good way to put people off playing cricket.” John Sirtease – via Twitter