In the monthly diary entry from our secret village cricket captain, the skip discusses the trials of a weary late-July cricket training session.

A swarm of smiley faces arrive for the first outdoor net of the season. There’s a buzz – a sense of brotherhood. We’re yet to be dejected by early-season losses, trigger fingers and side strains. An hour’s train journey followed by a 25-minute drive in rush hour won’t deter me, nor the dimming light or soggy outfield. Pre-season training is segmented into fitness, netting, throwdowns and fielding drills – we’re ready for whatever the season throws at us. 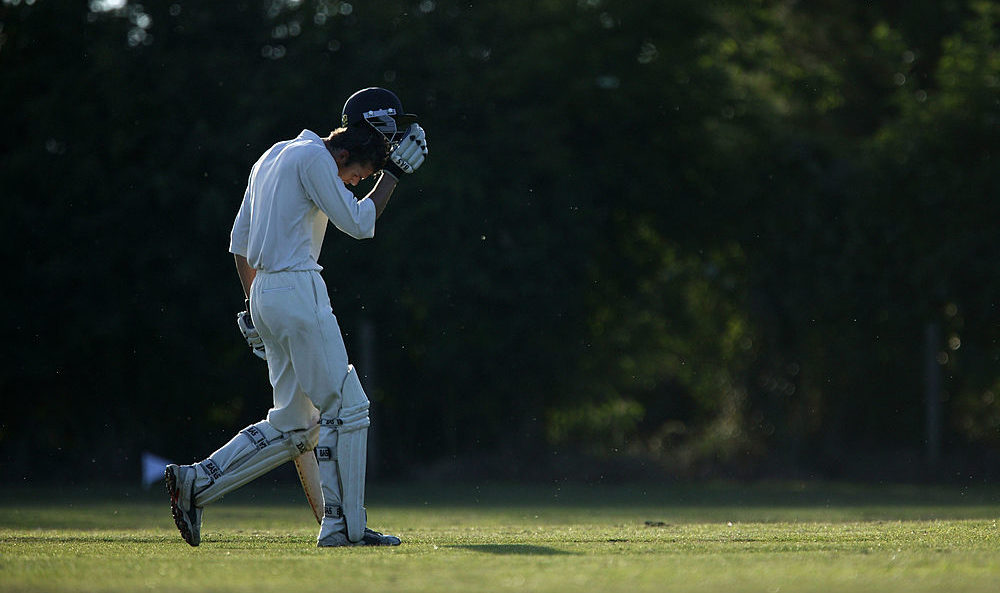 Fast forward to July: training tempo and attendance have plummeted, yet many continue to go through the motions. We drill bad habits, master a deck that has no resemblance to Saturday’s, get cleaned up by the bowling machine. I’ve already taken a catch this year so sod fielding.

First-team batters lord it for hours, fed by net-bowler peasantry. Wicketkeepers do zero glovework. The warm-up has shrunk to three tricep stretches, a couple of windmills and a crick of the neck. The sociable, seasoned campaigner settles into an over-rate of 0.4 per hour, buggering up the bowling order in between chats.

The only guidance from the head coach is a sporadic gesture of ‘high elbow’. The strained appeals for every ball which goes aerial become wearisome, fast bowlers overstep by two feet to appear more menacing, and batsmen prod suspiciously at the pitch when someone from a lower XI cleans them up.

The first-team’s opening bowler is steaming in: heart pounding, eyes glued to the ball, I shoulder arms. The next bowler, a fourth-teamer, delivers a red cherry pie via a Paul Adams-esque spasm that’s a typhoon of arms and legs, which grazes the ceiling net before dipping into my arc. Of course it gets me out – I can’t give it the time of day. It’s the glee on his face that kills me.

The next two pies arrive on the second bounce, before the bowler frames his chin with index finger and thumb to infer that he’s working me over.

Then the moon ball arrives, in a respectable area. I should probably defend it, wait for the six ball, but why rehearse a block to this tripe? And so I’m bowled once more, via a poorly executed switch-hit.

After facing 30 liquorice allsorts, I drive home and ponder whether it was worth the commute, the second shower of the day, and wasted credits with work and wife.