Rich Evans talks to a national award winner about how a newly-formed club absorbed existing traditions to safeguard grassroots cricket in its local area.

The annual NatWest Outstanding Service to Cricket Awards (OSCAs) were held at Lord’s last month, with seven local heroes given national recognition for their significant contribution to the grassroots game. One of these soldiers is Martin Croucher, who has overseen a merger between his beloved village side, Warboys CC, and nearby town club St Ives Town CC, keeping both clubs’ identity and terrain intact, while proving that local amalgamations need not be unworkable.

Croucher’s local team in Warboys, a small village in the Huntingdonshire district of Cambridgeshire, had felt the availability crunch; in its final five years they shrunk from three Saturday teams to one, plus a Sunday team. The glory years had seen a battery of juniors form a solid senior outfit, but when some married, moved away or discovered other pursuits, cracks began to appear. “When you get down to those numbers you get a mishmash of talent – some are too good for that level, some aren’t good enough,” Croucher tells WCM after collecting his award for pro-active leadership. “You’re either not challenged or getting tonked.”

“For a building they hire out once a week for £50, the council understandably didn’t want to replace it with something amazing. We had an EGM with the committee – we thought we’d have to close our doors.”

Meanwhile, nearby St Ives Town, established in 1872, had shrivelled from four Saturday teams to barely fielding two, while their Sunday team regularly cried off. Strained resources couldn’t revive what was once a local force. The two clubs shared a longstanding relationship, facing off in an annual friendly during Warboys’ ‘Feast Week’. During the match, Croucher shared a beer with the St Ives president, Derek Staines, where it became clear that availability was a mutual problem. While there would be hurdles to overcome, Croucher left the conflab convinced that a merger would strengthen both parties.

A more official chat followed in July 2018 – an open, no-holds-barred debate, which went “better than we expected” – although two or three clubmen cut all ties. “There were people across both clubs with concerns, primarily longstanding members, some stuck in their ways, who would prefer to see the club go under than merge. But we’re all struggling, and we had an opportunity to merge with a team we’d like to work with. Let’s do it proactively rather than be forced down that route with our heads in the sand later on.” 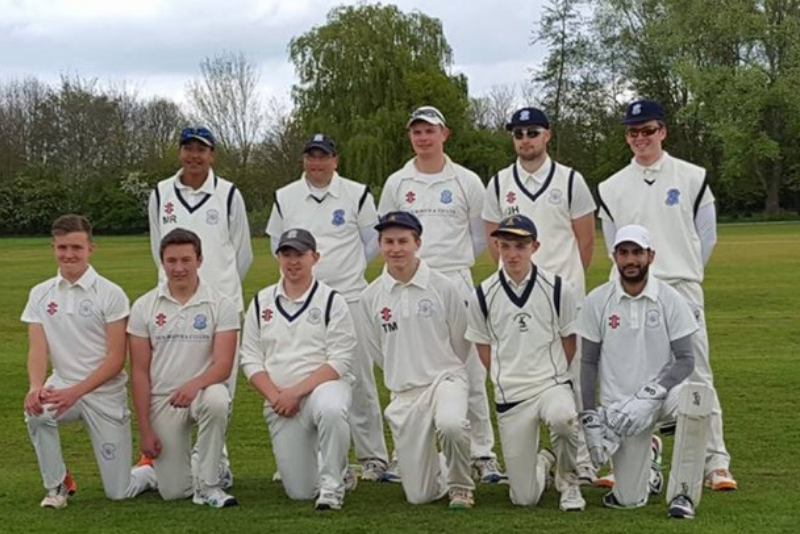 St Ives Town & Warboys CC was duly established in September 2018 and pledged to create a stronger community club in both areas. During his prep work, Croucher held several discussions with other clubs that had lost their identity and venue through mergers, which fuelled a commitment from both parties to keep cricket being played at both venues. It proved to be the key that alleviated all fears; last season there was junior cricket – All Stars, under 9s, 11s and 13s – played at both the traditional St Ives and Warboys grounds, with youngsters having the option of attending both sessions.

It wasn’t the most obvious collaboration at first glance: Warboys, a community-facing village club that got their hands dirty, while St Ives is a larger town-based enterprise, who used a district council ground and outsourced much of the work. But their values aligned, and their skill-sets complemented one another. “Culturally we were very similar,” he says. “Us Warboys wanted to retain our volunteer pool, community programmes and social events – the things St Ives didn’t do too well. But they were very good at acquiring local sponsorship. There were positives and negatives on each side, but by merging we’ve taken the best of both worlds.”

Croucher says that strengthening by merging can also help smaller clubs compete with larger cricket factories. “St Ives were a bigger club – a sleeping giant. We’ve got some big wealthy clubs around us, Ramsey CC, Godmanchester CC – those clubs are renowned for acquiring the best talent, snaffling players, getting in overseas players and paying players. We couldn’t compete with them, but even these massive clubs are struggling.” 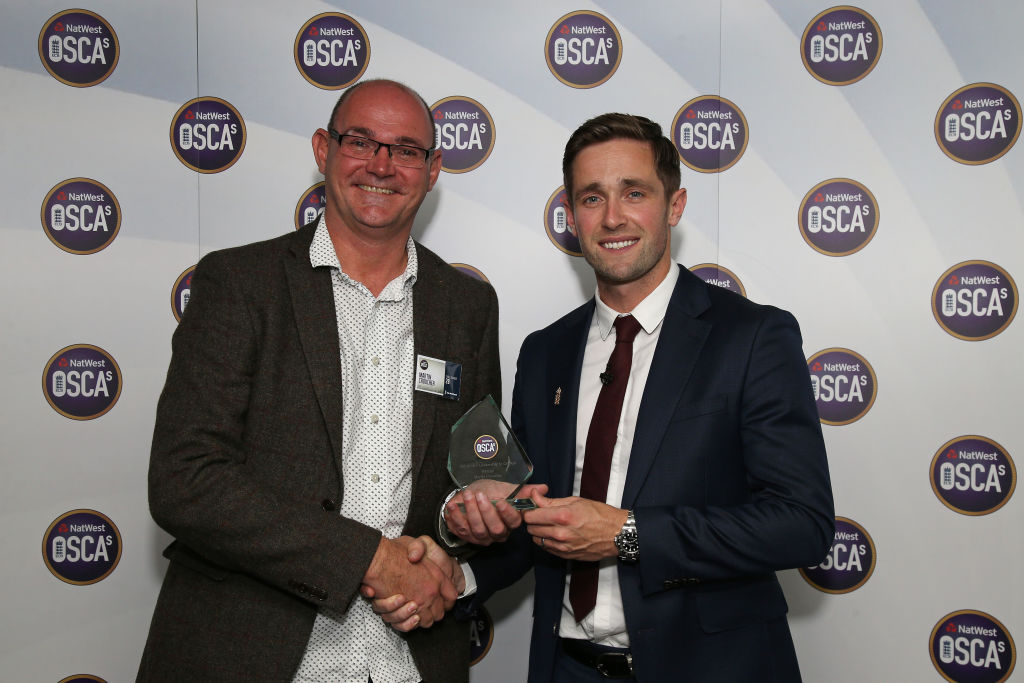 Croucher oversaw the redesign of the club logo, which includes a witch – the village played host to the trial of the so-called ‘Witches of Warboys’ between 1589-93 – flying above St Ives’ signature bull. Committee members agreed to stay on the panel for at least the first season to ensure an even split of representation; Croucher and a fellow Warboy were installed as chairman and secretary respectively, with St Ives supplying the vice-chairman and treasurer. “The committee had worked so closely before the merger trying to make it all happen, that by the time of our first official joint committee we were united anyway.”

Future-proofing was at the heart of the coalition. “All Stars was a key aspect of the merger – building something for the next generation,” Croucher adds. “I’ve got 10, 20 years if I’m lucky left playing, but the youngsters wouldn’t have had that opportunity locally if we folded.” On one occasion last season, St Ives Town & Warboys CC put out a fourth team after their three league teams couldn’t satisfy demand. Croucher, who describes watching cricket as “the love of my life”, visited all four grounds that day. Next season will see the introduction of a fourth senior league team used to blood under 13s and 14s, which will ensure a home game is played at both grounds every Saturday during the season.

“Cricket needs to capitalise on the phenomenon of last season’s Cricket World Cup and subsequent Ashes series, but whose responsibility is it to ensure that the legacy of a wonderful summer benefits the game long-term?” https://t.co/q4a2Moxk1z

Croucher predicts that over the next 10 years, “You’ll see more ground sharing as facilities are ever more at a premium and more merged clubs spread the burden and costs, and keep players playing.”

While a committee’s primary aim should be to preserve their patch, a stubborn resistance to sharing resources could prove fatal. Gary Stanley, chairman of the Sussex Cricket League, who oversaw the amalgamation of the four pre-existing leagues in the county, told WCM last year: “There are a lot of old cricket clubs that see their name as the most important thing, so they won’t even think about merging and losing or changing their name. I understand the reticence behind losing its history, but it boils down to what matters more to you – the people at the club or the name behind it. Some big clubs have been around so long that they’d almost rather disappear than compromise or join another club en masse. You end up with a club dying long after it’s been buried.”

The Club Debate: Is the @SussexCricketLg about to prove that amalgamation and expansion can in fact reduce travel time on match day?

From a participation standpoint, it’s the league’s raison d’être. 👇https://t.co/zRcH8flnPh

Stanley, a former chairman of Belgrave Adelaide CC, saw his local club merge with other clubs three times in 20 years. Initially, they swept up lesser animals, but in 1997 were forced to change name: “A lot of people didn’t like it. We said: ‘Do you want the club to continue or do you want us to lurch for another year or two and it dies anyway?’”

Rural cricket continues to feel the strain, but it is often the smaller clubs in large towns and cities that are the most vulnerable, eaten up by neighbouring ‘super clubs’ – a term with pejorative connotations, according to Croucher. Mergers are becoming a contemporary reality, but they’re rarely given a positive spin.

Mergers reflect both a parched playing and volunteer pond, and the sizeable cost and strain of running a cricket club. In the face of adversity, while preserving our current bands should be our primary aim, perhaps the pooling of resources between two clubs to tackle both a local and national dilemma should not be construed as negative but proactive, especially if, like Croucher’s crusade, both heritages and facilities are preserved. It could be a life-saver.

St Ives Town & Warboys are exemplars of a more united future, where stronger coalitions can be formed – the start of a new powerhouse robust enough to tackle the challenges ahead. Croucher offers a clear message for all struggling clubs: “Don’t stick your head in the sand and let your club disappear for the sake of a few awkward conversations and compromises.”

It is dedicated volunteers who govern this land, so let’s raise a tankard to the seven national award winners and all those who work tirelessly to sustain cricket in our local area. We thank you.

“Any club in the UK with no more than two Saturday sides is in real danger of going under within the next decade. The ECB needs to address that urgently.” Ashley Porter – via Facebook

“Having had more than 20 years’ experience on committees, I believe clubs should be firm in dealing with pushy parents and not let members get away with a consumer stance. The latter trait has become pernicious and needs to be stamped on as these types of people give little value. Clubs should take care of the less gifted members who volunteer and would benefit from coaching. Adults who have had no family background and not much ability in cricket should be encouraged. Clubs sometimes share facilities with winter sports such as football and rugby, and diplomacy needs to be exercised where facilities (such as the outfield) cross over. Invariably this will require more off-the-field administration as I have found out!” David Rimmer, former secretary, St Margaretsbury CC – via email