A new charity formed by Essex, Kent, Middlesex and Surrey county cricket clubs is aiming to put the game back into London’s parks by offering greater access to facilities. Rich Evans dissects an exciting new programme

The London Cricket Trust (LCT), which launched last month, has outlined a plan to install more than 50 new cricket facilities across the capital between 2018 and 2020. Formed by Essex, Kent, Middlesex and Surrey county cricket clubs, and working in partnership with the ECB, the initiative supports the governing body’s South Asian and urban cricket strategies and aims to ‘put cricket back into London parks’. Estimable in theory, but how will it work in practise? And how will it affect London’s existing clubs?

WCM spoke to two vital cogs involved in the programme to find out more. 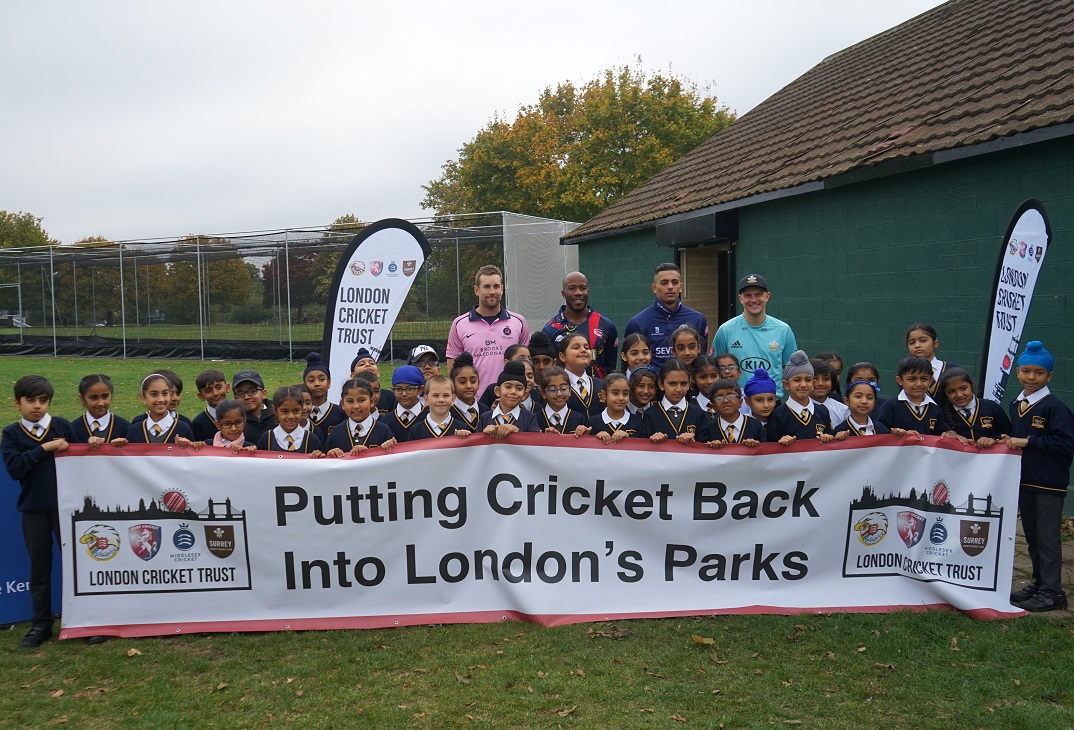 London, naturally, is central to the ECB’s wider urban cricket strategy. The collaboration between the four counties complements the maxim promoted by the mayor’s office and Greater London Authority (GLA), which calls for a ‘city for all Londoners’.

“Birmingham, the second city – that’s only one local authority,” explains Leisha Hawkins, the ECB’s head of participation and growth for London. “In London, it’s 30-odd, so it’s far more complicated from a local authority perspective. In cricketing terms, it also has four county boards, whereas in Birmingham it’s just Warwickshire.”

By 2030, 93 per cent of people in the UK will be living in urban environments, and cricket has to stay relevant

With its need for large open spaces, cricket hardly lends itself to the concrete jungle. Traditionally, in the shadows of traditional clubs and under the ECB’s radar, London park or street cricket gently simmered, and until recently remained an area of untapped, untracked potential. London required a bespoke strategy, and parks are key. “We must put cricket in London parks,” says Hawkins, whose team has worked closely with the LCT. “By 2030, 93 per cent of people in the UK will be living in urban environments, and sport – cricket in particular – has to consider how it’s going to stay visible and relevant.”

The ECB’s South Asian strategy was launched earlier this summer, which grew out of the 2014-20 ‘One Game’ plan that revealed South Asians are six times more likely to want to play cricket than other ethnic groups. Research also suggests the single biggest barrier to South Asian participation is access to facilities in urban areas. London, unsurprisingly, was identified as one of the ten ‘Core Cities’ where the majority (61 per cent) of the South Asian population reside.

“London is a wonderful melting point of different colours, creeds, religions and backgrounds,” says Hawkins. “Thirty seven per cent of the South Asian population in the UK live in London, so by default much of what we do will be aligned to the South Asian action plan. It would be wonderful to get more South Asians playing on these sites, but it would be equally nice to get more white, middle-aged women like me!”

Forhad Hussain, trustee of the LCT, argues “the demand for cricket facilities across London has never been greater” and Hawkins concurs. “The county boards tell me they are oversubscribed for the Chance to Shine initiative. There’s no doubt there’s a desire for kids, parents and teachers to be able to access cricket in London. Our challenge is supplying the demand.”

Hussain, who is also a member of the Essex Cricket in the Community board, has witnessed first-hand how London cricket has grown over the years. “When I was young, it was a challenge to get access to quality cricket facilities,” he tells WCM after the LCT launch. “The ECB have since invested in facilities across London, but we can do more. The LCT can enhance that approach. Go to your local parks and you’ll see young people creating their own facilities – you can see the run-up marks during the summer. There’s a huge demand for tape-ball cricket. In East London we see people are turning up to car parks and open spaces, putting a crate down and playing tape-ball cricket. It’s taking off. It’s one of the things Essex Cricket is focusing on right now.”

It’s all about partnerships

Hawkins is proud of the “unprecedented collaborative effort of the county boards” and concedes that the ECB needed the support of the LCT. “The trust has been absolutely critical to the ECB in terms of the scale and speed of the operation to identify the sites and local champions to create the draft development plan. The trust proposes the site, the relevant county board approves that site from a viability and sports development perspective, and the ECB run the process with the local authority, handle the paperwork and make the investment. It’s up to the county boards to work their magic to ensure the facilities are being used.” 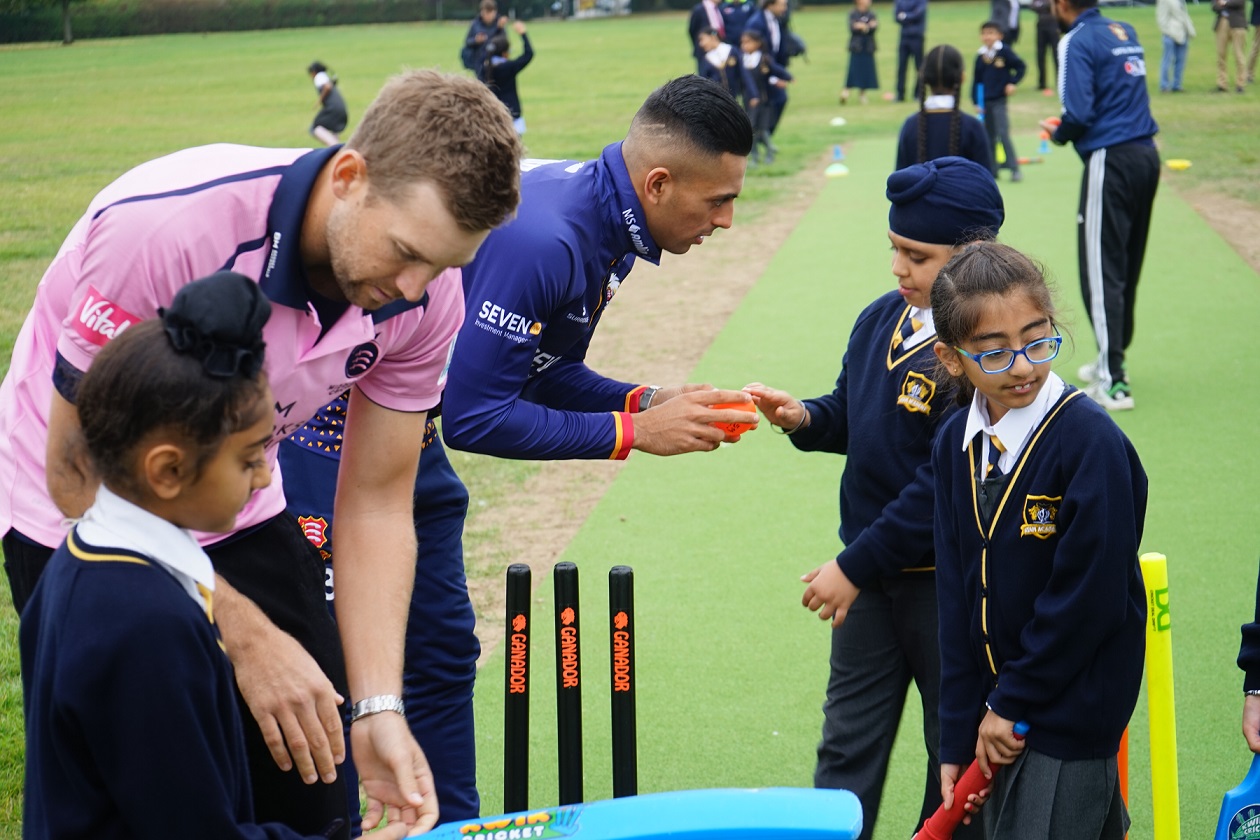 The LCT launched at Seven Kings Park, Redbridge, with Middlesex captain Dawid Malan among the pros supporting the charity. Hussain confirms the LCT’s target domain, at least initially, is “parks and green spaces”. He adds: “We started on local parks. The aim is to work with local authorities, to get permission and determine how we can work with them and local partners to create local facilities, which will include nets and non-turf pitches. There’s a robust criterion. We need schools and colleges to be affiliated with the facility and a local club, and we liaise with the local authorities of these sites. The plan is to work in every single local authority across London, but we had to start somewhere. We’ve had a pilot this year – we’ve got about seven sites installed. The plan next year is to do 25, and 20 the following year.”

What about the existing cricket clubs?

There are many existing cricket clubs in and around London in need of funding and members who might wonder why these resources aren’t being directed at them, but Hussain insists the LCT initiative will benefit them too.

“We want these facilities to be sustainable, so it’s about developing those networks locally, connecting with local schools, clubs and leagues so they have ownership and access,” he says. “That’s where LCT comes in – they’re the facilitators of bringing that investment and activating those sites, and bringing those parties together, including the local authorities and the local county board.” 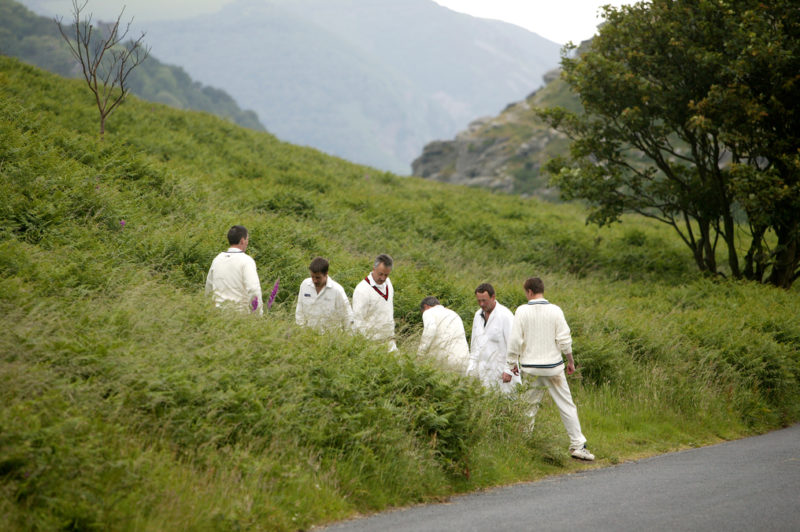 Many traditional cricket clubs are struggling to find volunteers and members

And Hussain says clubs should not be fearful that the scheme will have a negative impact on their membership numbers – in fact quite the opposite, and buy-in from a local cricket club and school is required before any site is signed off.

“It’s more about establishing pathways from schools to clubs,” he says. “Will clubs start to see the benefit of this initiative in the midterm? Absolutely. It’s about getting to those hard-to-reach areas. The clubs need to be a part of this. These facilities aren’t just to attract your die-hard players but also those new to the game. Once they develop the bug, it’s about signposting pathways to clubs and to a higher level of the game. That’s where the local partners come in.”

Hawkins adds: “Collaboration with clubs is critical. We need to get more people into the top of the funnel who can access cricket at whatever level. But this is not about ‘Pathway’ with a capital ‘P’; first we need to determine the potential of these sites and create links with local clubs, schools, communities, wandering teams and other ad hoc independent bookings to make sure they’re making full use of the capacity.” 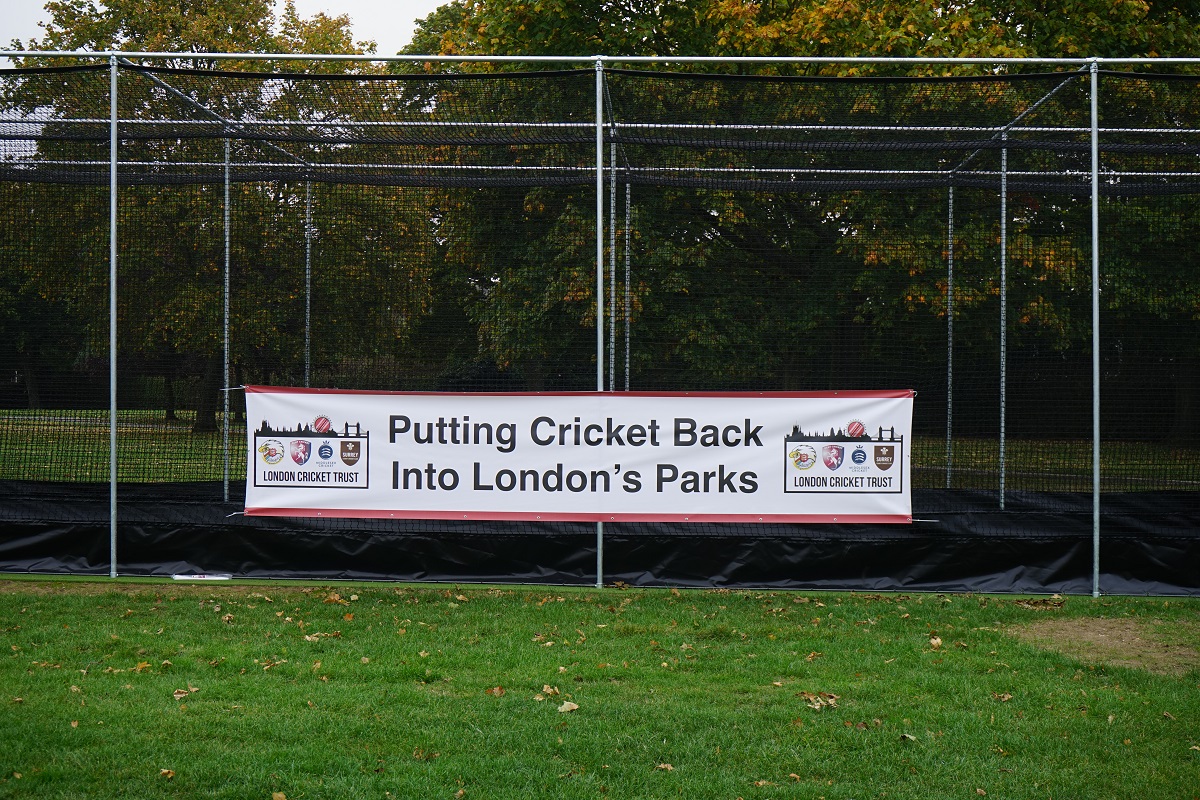 If more people are engaging in cricket in London, at whatever level, it can only benefit the game at large. Park cricket is unlikely to rival the experience a traditional club is equipped to deliver, but it can represent a more accessible first step, while clubs can use these local sites to identify potential new members.

The ECB are venturing into non-mainstream domains and formats, with choice and participation centre stage. “Cricket – like all team sports really – has to cater to lifestyle changes,” says Hawkins. “London is no different to other areas. At best, traditional team sport is plateauing. In our case, 11 versus 11 men’s – or open age-group – Saturday cricket is at best plateauing, but that’s the point of these investments. We can’t change the lifestyle challenges and the pressure of work and family life, but we can change how accessible we make our sport. Hopefully we can help people consume cricket in a way that’s relevant to modern life.”

The recreational game must broaden its boundaries by redefining what is mainstream and the new LCT initiative is a big step in the right direction for cricket in the capital.