The weekly selection merry-go-round is rarely as straightforward as it ought to be, as club skipper Rich Evans knows all too well.

You just pick your best balanced XI before the captain of the next side down follows suit until all teams are filled. Simple, right? Yet the selection process can be a minefield unless the appropriate policies and personnel are in place, with many clubs installing playing sub committees to tackle availability issues and selection politics.

Keeping players happy and team performance is what drives us – to varying degrees depending on the level you’re playing at – and the process of team selection is pivotal.

With many clubs struggling to fill their respective teams, is a strict selection policy unrealistic? And what factors should influence selection?

Placating the modern amateur cricketer whilst obeying club policies and team objectives can be problematic. Some players prefer to be a premier player at a modest level, while others feel their skillset is beyond the level they’re currently playing, irrespective of form or competition.

Some insist on playing with family or friends. Many simply prefer to lay down roots in whichever side that may be, which is understandable, but with fluctuating availability a club can’t function without fluidity between teams. Spare a thought for the ‘fill-in’, that loyal clubbie who bats No.9, 10 or Jack and doesn’t bowl, often summoned because the preferred candidate declined.

Numbers – or lack thereof – is of course the primary selection hurdle, but to what extent can you reward commitment over talent?

“Many people only make themselves available every other weekend due to childcare, jobs etc, so if they aren’t available every week should they automatically go into the first XI or second XI if they’re good enough – or should they have to work their way up again?” says Peter Frost, director of cricket at Harpenden CC.

Feuds can easily brew between skippers if they’re not accepting of their place in the selection hierarchy. The first-team captain arguably has the easiest gig; they get first dibs on players and are driven almost exclusively by performance. But what about the leaders at the bottom of the food chain?

“It’s the toughest gig of all,” says my club’s fourth-team skipper. “You pray the availability of the higher teams will be sorted by Wednesday morning but it’s rarely the case. Even if teams are ‘locked in’ by Wednesday there will inevitably be a drop out from above; cue the calls and texts to former players, parents, or juniors who aren’t ready for adult cricket. Your Friday evening is a write off.”

Establishing a junior pathway, though paramount, can upset the established order. “The biggest issue is balancing the progression of talented younger players with the selection of loyal first-team stalwarts who have peaked and are on the way down,” says Burnley CC president Michael Brown. “The gap between first- and second-team cricket is ever-increasing, so it can be demoralising for players who drop down. They may contemplate leaving to play their last few years of first-team cricket elsewhere, so there’s a delicate balance between pleasing clubmen and progression.” 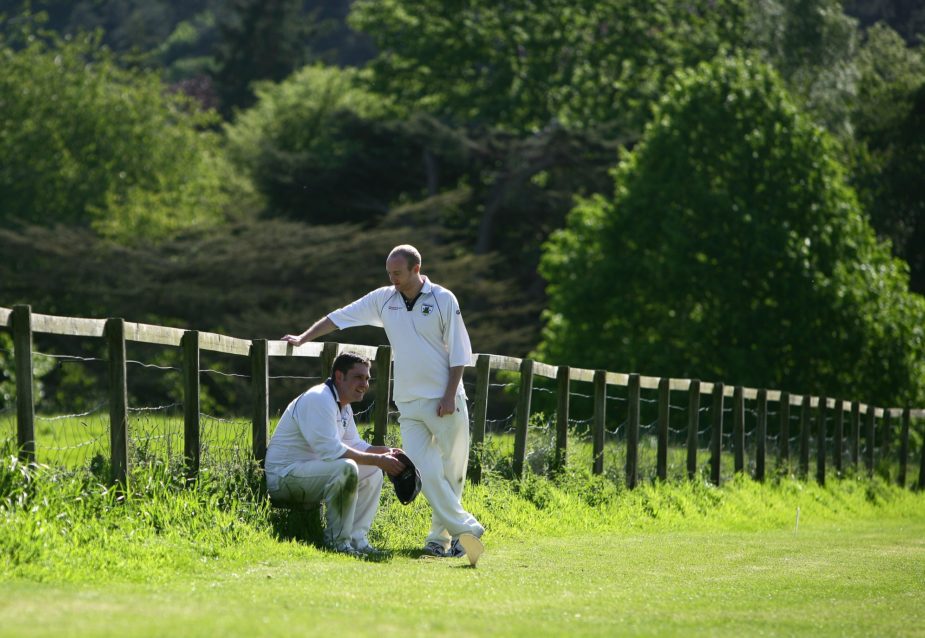 With numbers tight, players are a valuable commodity – but it’s not easy keeping them happy

At Harpenden, Frost sings from the same teamsheet. “We ensure all the captains buy into the rapid promotion of talented juniors. The older players feel they’ve earned their place, so you’ve got to balance picking the best juniors with respecting older players who have achieved significant results.”

Brown, a former pro with Middlesex and Hampshire, believes lower XIs must reserve several spots for juniors, with the focus on producing future first-team players. “The second team should ideally have three to four players who are first-team ready – two bowlers, two batters – and a couple of senior players who set the standards. Then four-to-six of the best juniors, aged anywhere from 12 to 16, because, frankly, if you aspire to play first-team cricket, you need to be opening the batting or bowling and knocking on the door of the first team at 16.”

“The selection policy is a list of ideals that are rarely followed,” is the assessment of my fellow skipper at my club. “I’ve sat through several meetings where we put selection terms together. I couldn’t even tell you what it says now – it’s rarely mentioned.”

I wrote it, and I can’t remember either. It’s no longer on the website.

Farnham CC in Surrey, who have a meticulous 20-point selection policy pinned on their website, state that, “Decisions will be made primarily for the benefit of the club and success of the first XI,” with the caveat that, “the captains from lower teams can question selection should it lead to an imbalance in their team.”

A selection policy must align with the individual objectives of each side and the club at large. “Team result” is the priority for the Farnham first team, but “while the result is important, the second team will focus more on individual development”. The third team, meanwhile, serves to “integrate junior members into senior cricket”.

“I’m not sure a chairman of selectors is the answer. Stats don’t tell the whole story"

However, Frost of Harpenden CC believes a scripted code of practice can cause problems. “We’ve published our aims and the processes are explained to people and debated vigorously in team WhatsApp groups. We have clear principles, but if you have too much written down it’s a rod to be beaten with. You must have the flexibility to accommodate someone who has been away for three weeks but is a fantastic player. The biggest task is when people drop out during the week and switching players around. That’s time-consuming, especially through holiday periods and in May when university players aren’t around.”

A player’s role tends to shift as they migrate through XIs, which can often unsettle them. “We try to enforce a policy where if you’re picking a batsman then you’ll give them an opportunity as a batsman,” says Brown. “Otherwise you never find out about the player, and he goes back to the second team and bitches. A common mistake is moving the batting order up one and letting the newbie come in at No.7. He’s in form, you’ve picked him to score runs, so give him a chance and find out about him.”

Does selection really require an arbitrator? According to Farnham, the chairman of selectors should “oversee the process and ensure club policies and values are adhered to”. But it needs to be the right individual.

“It helps to have a figurehead who has played the game to a high standard, as it’s easier to command respect,” says Brown, whose brother, David, also a former pro, coordinates selection for Burnley. “However, you can destroy that respect quickly if your decision-making is flawed, treat one player differently to the next, or you’re dishonest.”

The Pitch: Why the pub must be the post-match hub.

What do you think club cricketers?https://t.co/qWo2qgiH4z

At Harpenden, the captains generally select their sides, with Frost – the club’s selection chief for the first three teams – stepping in if a debate reaches stalemate. “The captains are delighted that someone else makes the final decision, so they don’t have to have to row, but they still take the brunt because they must explain to the player why he’s been dropped.”

My club has never had a selection chief. “I’m not sure a chairman of selectors is the answer,” says our fourth-team skipper. “Stats don’t tell the whole story. Perhaps having someone impartial for when there is an impasse is reasonable, but the skippers should otherwise make decisions independently without being instructed. It’s part of the art of captaincy. Crucially, the captains must have a mutual understanding and communicate. Our skippers are very experienced cricketers, captains and sportsmen, so this makes the process easier.”

Brown adds: “The continuity of process is important, and you can’t have a captain go on the field with a team he’s not happy with. In first teams, eight or nine select themselves, and then you’ve got a couple who are vulnerable, and it’s vital you make logical decisions that don’t come back to haunt you. Be consistent and honest – sometimes you just have a feeling that a certain player is the right selection. That’s OK.”

Ability, recent performances (in matches and training), conduct, attitude and player development are all considered by Farnham CC’s selection panel, but competition is the lifeblood of sport and well-intentioned principles can quickly become disposable.

Performance itself can encompass natural ability, form, potential, age and fitness, while line-ups need to strike a balance between batsmen and bowlers, spinners and seamers, youth and experience. With junior pathways also in the mix, there has to be one eye on now, another on tomorrow. Player harmony versus club goals: it’s a battle that demands empathy from both sides if a club is to thrive.

READ THE DEBATE: How can we replicate the boom in women’s cricket at club level?

“A lack of coaches is an issue – we need structured sessions. There needs to be a coach in place to structure sessions for all abilities – I have no motivation to train with no structure and just have a net with your mates. There are so many kids playing women’s senior cricket now and hardly any adults. Adults don’t want to be babysitting every week.” Laura Malkin – via Facebook