In the second instalment of The Pitch, Wisden Cricket Monthly editor-in-chief Phil Walker argues that the only way to keep stand-in umpires honest is if their club benefits in the long run.

I played my first game of the season this month. It was full of reminders of why we do such things. The sun shone, the runs flowed, the tea was crap and we all shook hands, just about, at the end. That both teams managed to offer some grunting variant of “Yeah, Cheers, Played” was surprising after what had come earlier.

We’d fielded first. The first shocker was a blatant nick-behind. Barely an appeal, just an exhalation. Keeper rolls it out to the square-leg umpire and walks up the pitch. We’ve got one. But this is second XI cricket, and the days of guaranteed neutral umpires at this level are long gone. The standing umpire, a teammate of the batsman, probably a friend, shakes his head and says not out. 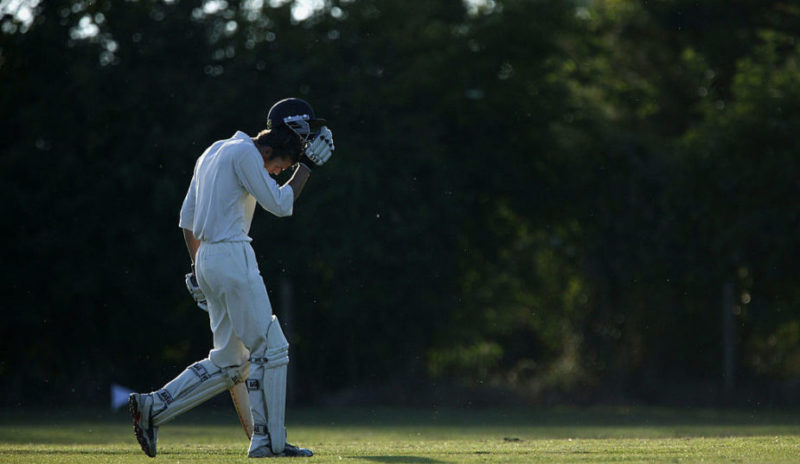 What’s worse than trotting back after a shocker from the opposing team’s umpire?

An hour later, their best batsman is involved in a mix-up and run out by yards. The umpire, in his shorts, shakes his head, says our keeper broke the stumps before he got hold of the ball. He didn’t. That wasn’t what happened. But what can you do?

So at tea, our skipper, a youngish stand-in with fire in his belly, told us to play them at their own game. It’s my first game of the year, and I’m old now. I can’t be bothered to discuss the merits of staying true to one’s collective moral code. Duly, our No.5 hits the cover off it; not out. Our all-rounder doesn’t ground his bat on a run-out chance. Nothing to see here. It’s all slightly farcical.

“The truth of the matter is that there is a creeping growth in the number of incidents ... All these issues around discipline are coming to a head”

So what can you do? First-team captains fill out forms about the other team, covering factors such as teas, facilities, general behaviour and so on. Umpiring standards are covered too. But below first XI level, it gets murky.

Neil Bainton, a standing first-class umpire who sits on the umpiring committee of the league I play in, is aware of the problem but unsure how to deal with it. “Having clubs supply their own umpires has always led to accusations of bias. But this is better than having none at all, leaving the players having to do their 10-over stints. But of course, these makeshift umpires are then reluctant to give any of their own team out, leading to more confrontations with the opposition.”

And confrontations can lead to worse. “We have to move this dialogue along,” says Simon Prodger, MD of the National Cricket Conference. “The truth of the matter is that there is a creeping growth in the number of incidents, and a lot will happen in places where you do not have neutral umpires and you’re self-umpiring.” A new nationwide standard for auditing and improving discipline is in the pipeline, he adds. “All these issues around discipline are coming to a head.” 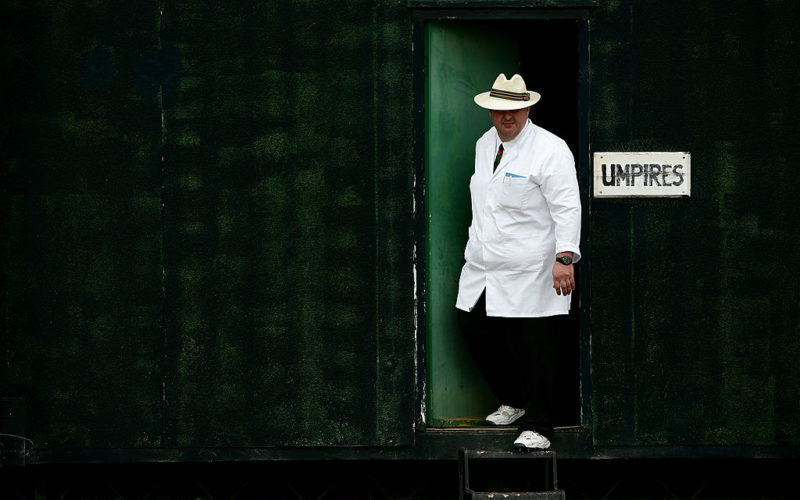 So how about if teams were incentivised somehow? A ‘fairness’ league table, based on the marks awarded by opposing captains? There are leagues in Australia where teams are awarded extra points for their efforts across other areas.

If a team gets good marks in categories of behaviour and discipline, they are rewarded with additional points to those accrued through performance, with those points absorbed into the overall results of the championship.

Could it happen here? “Why not?” Prodger says. “You could create a league table that encompasses other issues additional to your team’s playing performance. Because there is an issue, no question about it.”

It would need thinking through, and buy-in from league officials not renowned for their progressive thinking. But it’s a conversation that needs to be had. Failure to address these maddening inconsistencies will mean losing regular players as a consequence.

Previously in this series: Why it’s time to outlaw walking

This article was first published in issue 21 of Wisden Cricket Monthly. Subscribe here