The glorious rhythms of club cricket ensure that it remains the most satisfying way to spend a summer’s afternoon: the camaraderie, the contest, the scones, the beer. But there are also tropes that become tiresome, and having witnessed some of them for the best part of 35 years there’s one that riles me more than most: walking.

Almost every week there’s an incident where the fielding side goes up in unison, the batsman stands his ground and the umpire gives it not out. Cue disbelief, accusations of cheating and rumblings of righteous indignation for as long as the batsman remains – followed by the obligatory send-off when he eventually departs. 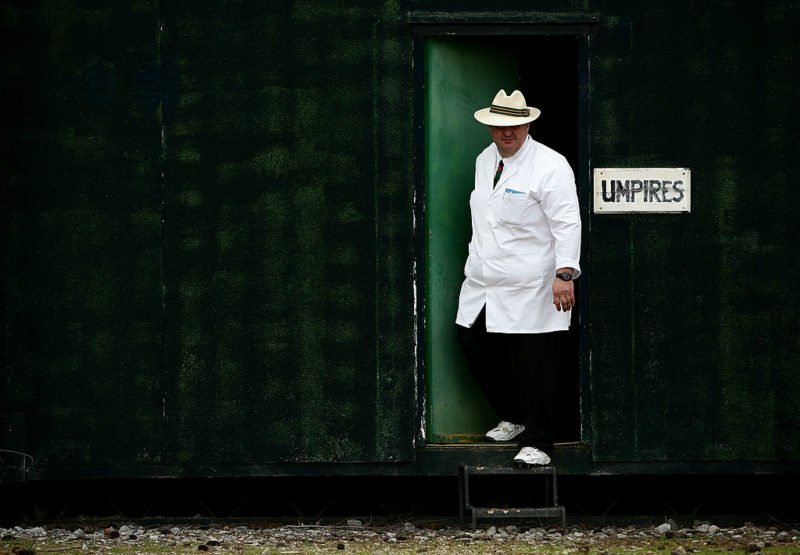 And guess what, fielding team – not every noise is an edge. Maybe you don’t have superhuman levels of judgement and snick-o-metre built in as standard. On TV replays, how many times do we see the ball flick a pad or a pocket, or the bat clip the pad? I have a bad habit of hitting my front pad with my bat when playing a forward defensive. I’ve been wrongly given out for it and I’ve been wrongly given not out and had my moral fibre questioned.

Hypocrisy meets a spectacular lack of self-awareness, which is why nothing ever changes. The whole affair is totally arbitrary. Do we expect batsmen to walk for a plumb lbw when the umpire’s dropped his monocle? No. If we think we’re run out or stumped but the umpire shakes his head, do we walk anyway? Nope. Yet for a snick behind an unwritten law infers we must walk the moment the opposition appeals.

But what of the Spirit of Cricket, I hear you cry – a concept as mutable as the famous ‘line’ that apparently all professionals know not to cross but are happy to test to the extreme. Depending on whether we’re the one being wronged or the one getting away with it, our stance is laughably
one-eyed.

Related Story: The walking debate: should club cricketers walk if they edge it?

So, here’s my suggestion: the laws are changed to make walking unlawful. No batsman will depart unless instructed by the umpire. To do otherwise would be considered as undermining the umpire’s authority and against the Spirit of Cricket. Walking becomes a thing of the past, cricketers develop a stoicism around decisions, and when they have an appeal turned down, they turn and walk back to their fielding positions. By doing so, 90 per cent of bad blood in club matches would be eliminated.

I’m standing my ground on this one.

Nick Campion is a club cricketer, freelance writer and winner of the 2019 Wisden Almanack writing competition.