Thomas Davidson remembers his time with Desmond Haynes, when the destructive opening batsman from Barbados was playing club cricket in Blackhall Colliery.

“He’d come all the way from Barbados and didn’t have anywhere to stay. I said, ‘You can come stay with me until you get somewhere’. That was it for six months.” Desmond Haynes was half of cricket’s greatest opening partnership, playing in the game’s greatest-ever team, but in the early 80s he spent two seasons playing club cricket in Blackhall Colliery, a village on the County Durham coast. For the first of those ‘Dessie’ lodged with Thomas Davidson and his wife Rita.

“He stayed in there,” says Davidson, now 87, pointing to the spare room in his two-bedroom bungalow. “I said to Rita, ‘We’ve got a lodger for the night until he finds somewhere’. She didn’t know what I was talking about but couldn’t do anything about it, as I’d already said [he could stay]. She didn’t mind.”

The previous summer Haynes had hit 184 against England at Lord’s and he would go on to score over 7,000 runs in 116 Tests, forming a formidable opening partnership with fellow Barbadian, Gordon Greenidge. 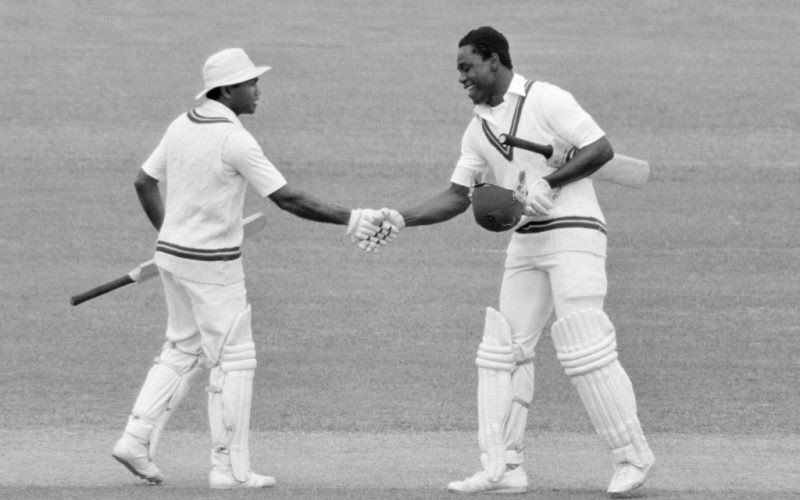 “He liked music,” says Davidson, recalling a sleepless first night with his new lodger. “The next morning I said, ‘Dessie! I got no sleep last night, I have got to get up and go to work’. He got some earphones.

“Dessie was great, we enjoyed having him. Anyway, he said he wasn’t shifting. He said, ‘I’m stopping here’. Even the second year he stayed in Elwick [a village 10 miles away] but still brought his washing down here.”

The arrangement wasn’t without its later benefits. “When he left for London he was on the phone saying he’d won the man of the match award and the prize was a holiday for two in Barbados,” continues Davidson. “‘I’m sending it up for you,’ Dessie said.” A week at the prestigious Sandy Lane resort was followed by a week staying with Haynes’ family on the island.

Blackhall, with a current population of under 5,000, was built around the mining industry before the pit’s closure in 1981 – the year of Haynes’ first season at the club. “Before Dessie came two men and a dog would walk around the ground and that was it,” says Davidson. “He attracted a lot of spectators, maybe 300. He used to like going to the working-man’s club because he loved it here. He was a popular bloke.”

Tommy Pollitt was Blackhall’s club secretary at the time and remembers travelling to the Headingley Test in 1980 to discuss a deal with Haynes during the lunch interval. “He was with Collis King and they were late getting back on the field for the match. There were only nine players on the field. We went back down on the Monday and the rest is history. 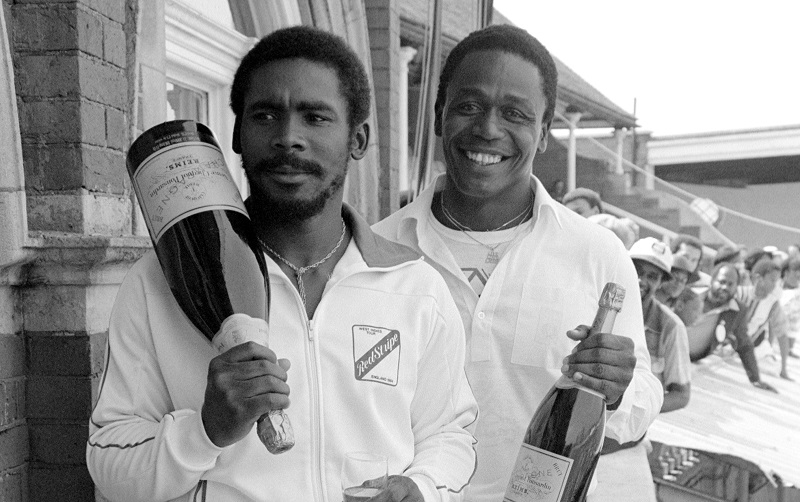 “A friend said to me, ‘Do you realise what you’ve done? You’ve just signed one of the top cricketers in the world’. It didn’t register. It was an exciting time. It caught people’s imagination. A lot of people came up to the club.”

New Zealand all-rounder Lance Cairns played for Bishop Auckland in the North Yorkshire and South Durham league in the same season as Haynes, leading to an international showdown when the pair met at Blackhall’s Welfare Park. “That road out there was packed with people travelling,” recalls Davidson.

Haynes, who hit nine centuries during his time at the club, was in for a surprise on his introduction to north-east cricket. “The first game he played was a cup tie at Boldon near Sunderland,” says Davidson. “There were hailstones – a freak storm. He had to drink whisky to keep warm.”

And the local accent? “He soon learnt that,” laughs Davidson.