Next in our series celebrating heroes of club cricket, Scott Oliver meets a man who has entirely transformed his club and in the process set a blueprint for other teams to follow.

To say that Attock CC of the Birmingham & District Premier Cricket League (BDPCL) wouldn’t be where they are today without the input of Naz Khan is like saying Tim Berners-Lee had a bit to do with the internet.

So instrumental has Khan been in taking a team of friends from the old country playing knockabout parks cricket in inner-city Birmingham up the recreational cricketing pyramid that he has been recognised with numerous honours, including a BBC Unsung Hero award and a prize for inspirational leadership at the Asian Sports Awards.

"They seemed sensible people, passionate about cricket, and just needed someone to provide a little leadership"

Khan arrived in the UK from Kashmir in 1968, aged 16, not speaking a word of English and “not knowing what cricket was”. He learned the language, eventually getting a degree in Physics and a teaching qualification, and it was during a 17-year stint at Joseph Chamberlain Sixth Form College that the seeds of his involvement in grassroots cricket started to sprout.

He ran after-hours cricket training to help keep his students on the straight and narrow and in 1989 organised a tour to Pakistan, on which a development officer for Warwickshire told him about the Birmingham parks cricket scene: talented players in informal matches on poor facilities for makeshift teams.

One such was Attock, named after a region in Pakistan. “They seemed sensible people, passionate about cricket, and just needed someone to provide a little leadership,” says Khan. “And I suppose that’s where I came in.” 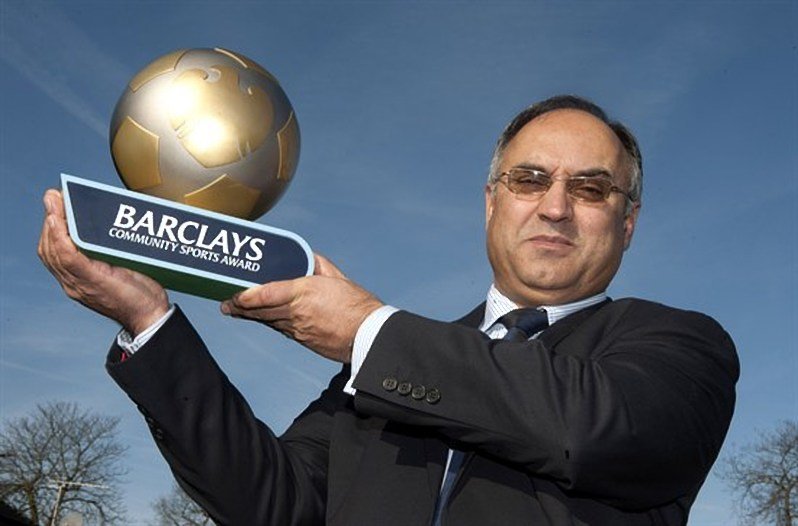 Khan has been widely recognised for his achievements

With enough numbers for two Saturday teams, in 1990 Khan entered them in the Combined Counties League, starting in Division Six. Next thing was to find a home. They rented a pitch from Birmingham University, then from Aston University, and were then relocated in Erdington, first at Fort Dunlop and then at Holly Lane Social Club, where racist remarks from a doorman, overheard by a local councillor, were cannily leveraged by Khan. “They wanted me to go to the papers but I just said to the local authorities, ‘Please, help us find a ground where we are welcome’.”

An approach to nearby Moseley Grammar School was initially rebuffed by a sceptical headmistress. Undeterred, Khan returned with a long-term plan and, in 1994, secured a 21-year lease.

Next he won a £140k grant to build amenities, although plans foundered because they weren’t in keeping with the school’s Grade II heritage status. So Khan went back to the National Lottery and got it bumped to £400k. A pavilion was built; nets, covers and sightscreens bought; a neglected square brought up to standard. “A man from the Lottery recently told me that, of the 59 projects they approved that year, only ours was still going.”

“What we’ve done, our long-term vision, could maybe be seen as a blueprint for other teams that play in the parks”

On the pitch, Attock rose quickly up the divisions and to the top of the Combined League. Promotion into BDPCL was initially denied due to inadequate facilities, but Attock won it again the following year and were admitted. They eventually made it to Division One, also winning the Twenty20 competition in 2006, although Khan concedes they hit a glass ceiling: “Why pay several players to compete if that means blocking the progression of your own youngsters?”

Thanks to the energy and vision of Naz Khan – a man who never played a proper game for Attock – a solid club with five Saturday teams, two Sunday teams, five junior sides and a women’s section has emerged from the chaotic parks scene, where “even today, at a place like Perry Hall, there are 14 pitches and no toilets, players defecating in the bushes”.

Khan is now part of the ECB’s South Asian Initiative, a plan to ensure that cricket-crazy inner-city Asian youth don’t slip through the net, which was the whole point of Attock. “What we’ve done, our long-term vision, could maybe be seen as a blueprint for other teams that play in the parks,” he says. “They’ll put in the hard work; they just need some structure and guidance.”

The nomads of Attock eventually settled close to home, but they have come a very, very long way.