Scott Oliver talks to another hero of club cricket – a scorer who’s taken care of the book for more than 2,000 consecutive games for the club where former England captain, Mike Brearley, started his cricketing career.

For the majority of club cricket captains, one of the most important and vexing tasks of each pre-season is finding a reliable and competent scorer. Not at Brentham CC in Middlesex, where the scorebox has been occupied by the same man for so many years that they’ve named it after him. 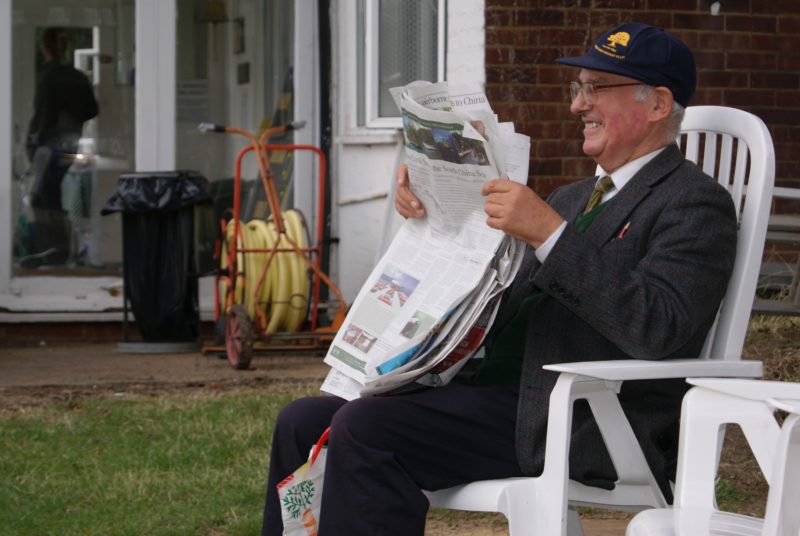 The scorebox at Brentham CC is dedicated to Ivor

So long has Ivor Chaplin scored for Brentham – since 1968 for the first XI, after four years with the second XI – that his stint even pre-dates the formation of the Middlesex County League. So, not only has he kept the book in over 2,000 consecutive games for the club, he’s scored in every single league game Brentham first XI has ever played – just past 770 and counting.

“I have no outside commitments – no wife or anything like that,” the former Renault accounts clerk says of his 50-year, 100 per cent attendance, “and I’ve been fortunate with good health. The nearest squeak I had was when I went to my mother’s funeral, which my brother had arranged. It was in Brighton at 11am on a Saturday. The match at Brentham started at 2pm. I had to catch the 12pm train to London, then the Central Line, then a short
walk. I missed about two overs…”

Ivor doesn’t really do holidays either, although he has been on a couple of post-season visits to Israel (“Being Jewish, I felt I had to go”). Both trips were with Harrow CC. For whom he was scoring. 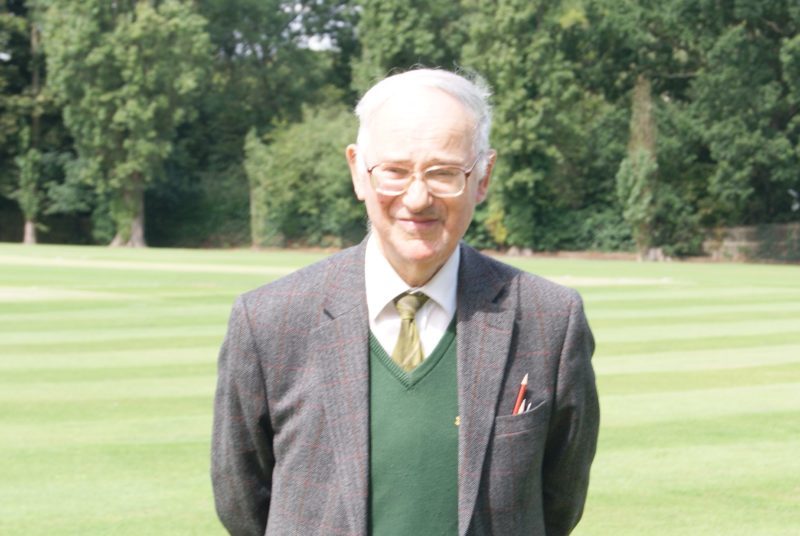 Perhaps the most prestigious of his 2020 or so games was the 1972 National Knockout final at Lord’s, when Brentham lost out to Scarborough. Despite Ivor’s local legend, he has never been asked to score for Middlesex. “And I wouldn’t want to”, he says. “I have too many other interests: short-mat bowls, square-dancing, natural history, my garden, philately, family history and U3A.”

That said, he calls the Middlesex incumbent Don Shelley “an absolutely brilliant scorer”, and even picked up the use of fineline coloured pens from him when Shelley was at Ealing CC, this after “the bowler’s box got smaller and I had to change my ideas from pencil”. He still uses this method, and will do so until computerised scoring becomes mandatory. “If it did, that would be my exit.”

Ivor has his routines and habits – he arrives early enough for lunch and Sudoku before play – as well as a few pet peeves: loud music nearby or too much chatter on mobile phones, and scoreboxes that don’t offer an unimpeded view of the whole ground (a jovial dig at his own box since Brentham’s new pavilion went up!). But there’s no pomp and circumstance. He’s happy to climb over tubs of sawdust or bags of musty kit to take his seat. “Untidy scorebox!? You don’t go in your Sunday best, do you? You have to adapt!”

Not only has Ivor kept the book in over 2,000 consecutive games for Brentham, he's scored in every single league game their first XI has ever played – just past 770 and counting

At 80 years old, after putting more dots in the book than the Braille version of War and Peace, having appeared on Sky Sports’ Club Life, and with his picture hanging proudly on the pavilion wall beneath action shots of Graham Barlow and Mike Brearley, two former Middlesex and England batsmen who started out at Brentham, Ivor is happy to keep dotting on.

“I can still manage it. But soon it will have to stop. Or reduce. I’ve brought up training someone else at the AGM every year since I was 70! But it gets you out in the fresh air. You’ve got young people around you, and when you’re getting to my age that’s very important. Observing how kids make their own entertainment is very enjoyable and quite ingenious.”

Sooner or later one of those kids playing dreamily nearby will be collared by a Brentham skipper and asked to take his seat in the Ivor Chaplin Scorebox, punching the runs into their smartphone’s touchscreen. But not quite yet. For now, the coloured fineliners have a bit more ink left in them.