Next in our series recognising maestros of club cricket, Scott Oliver speaks to a left-arm spinner from Staffordshire who counts Boycott, Procter and IVA Richards among his victims.

To call Russell Flower a late bloomer is both to repeat a few dozen unimaginative headlines and to be metaphorically accurate. In 1978 the then-35-year-old left-arm spinner – who, despite making a Staffordshire debut aged 21, still only had two seasons of experience in the region’s top league, North Staffs and South Cheshire – was offered a shock first-class debut and pay-as-you-play deal by Warwickshire alongside the likes of Bob Willis, Dennis Amiss and Alvin Kallicharran.

Flower only managed 10 wickets in his nine first-class games, although those did include Mike Procter, David Steele and Geoffrey Boycott, caught at slip for 115. Oh, and Viv Richards. 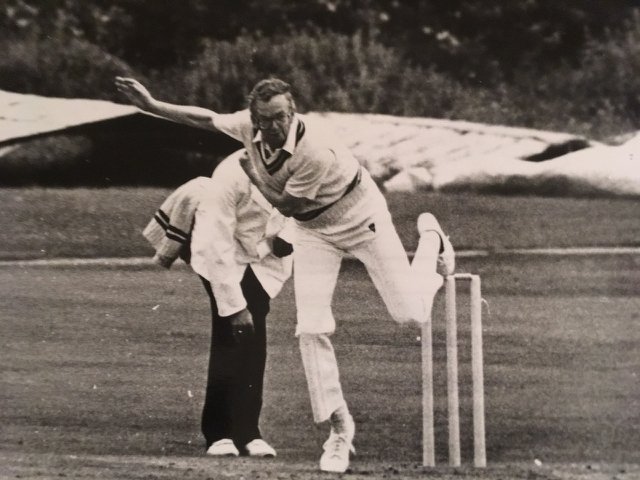 “Our captain John Whitehouse told me I must bowl straight at Viv,” recalls Flower. “‘You mustn’t err’. So I didn’t, and kept it flat, but from nowhere he shuffled over and flicked me over midwicket for six. ‘Was it straight?’ ‘Dead straight.’ A couple of overs later, off an identical ball, he hit me over extra-cover for six. Again John asked me if it was straight. ‘Yes, as an arrow. Same bloody place!’ Anyway, a little later he missed one. I gave it the yell of all yells, and the umpire raised his finger for lbw. I ran straight over to the skipper: ‘And before you ask, yes it was bloody straight…’”

Related Story: The Wisden Club Cricket Hall of Fame: Steve Greensword
Flower left his hometown club of Stone at 15 in search of regular senior cricket, serving a long and enjoyable apprenticeship playing “competitive friendlies” a mile down the road at Little Stoke. Aged 28, the transport manager at Bassett’s Coaches became pro at Cheadle in the lesser North Staffs and District League, turning down twice as much money (“almost as much as my salary”) from Great Chell in the North Staffs and South Cheshire League in order to complete his spinner’s education.
Despite being struck by a bolt of lightning from a perfectly blue sky one afternoon, flower survived to remain a much-loved fixture in the staffordshire side.
His five years there yielded three titles and two runners-up finishes, with Flower topping the league averages on four occasions. In 1976 he returned, as pro, to his childhood sweetheart, Stone, where he would spend the rest of his playing days – even coming out of retirement – for the penultimate time – to bag a fairytale Man of the Match-winning six-for against neighbours Little Stoke in the 1997 Staffs Cup final.

Stone won a league and cup double in his first season back – Flower topping the wicket charts, as he would in seven of his 11 years as the paid man – and he also regained his Staffordshire spot in the late-1970s, having sat out most of the decade while ex-Pakistan Test spinner Nasim-ul-Ghani got the nod. Despite being struck by a bolt of lightning from a perfectly blue sky one afternoon, Flower survived to remain a much-loved fixture in the county side until calling time on his Staffs career aged 45, having picked up 322 wickets at 22.8 in 109 appearances. 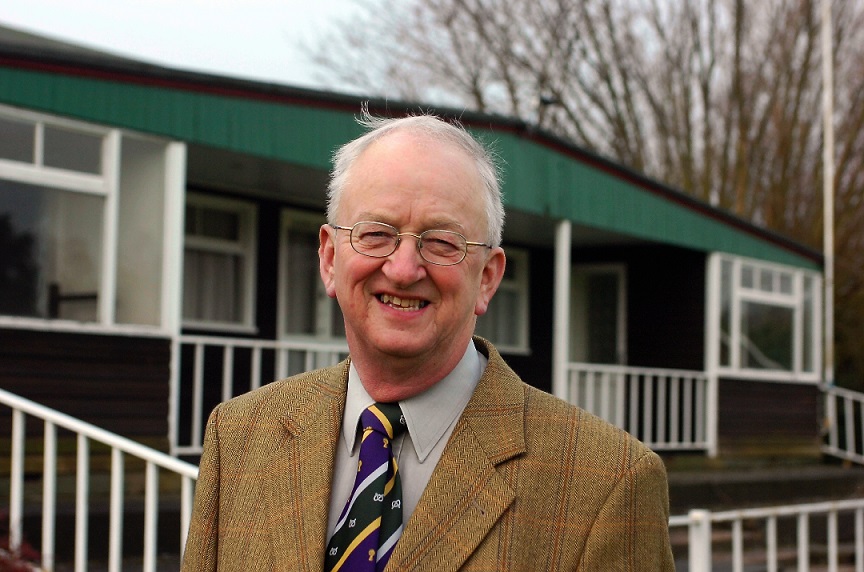 Having retired from playing, Flower is now president of Stone CC and he never misses a first-team game

He also debuted for the Minor Counties XI in 1982, touring East Africa (cost £200), where he took twice as many wickets as the next man, and playing two B&H Cup games, including a shock 131-run win over Leicestershire, who were rolled for 56.

There was a reunion with Boycott in the showers at Bradford, too, with Yorkshire 100-odd for two wickets down overnight chasing 192. “Don’t worry lads,” crowed Boycott, who was already out for 2, to his teammates. “There’ll be plenty of runs tomorrow when ‘Cauli’ has a bowl.” “Yes, Geoffrey, but none of ’em’ll be made by thee,” Flower flashed back, to widespread guffaws.

Related Story: Pakistan international Umar Amin signs for club cricket team
Tall, thin and thickly bespectacled – one of his nicknames was Foggy, from Last of the Summer Wine – Flower played his last game aged 57, then slipped into various admin roles: county selector, president of the North Staffs and South Cheshire League, chairman and now president of Stone, whose first XI he watches every week without fail – an amiable figure sat on a deckchair, flicking an imaginary ball off the long fingers of his left hand, still as hopelessly besotted and fascinated by cricket today as when he was routinely bamboozling the county’s best players.