The former Australia Test opener, who has been coaching his country’s best young players at the Under 19 World Cup, on marrying nous and technique to develop your batting.

Talent identification has changed. In this day and age we look more at guys who can hit the ball; we want guys who can come out and play shots and put pressure back on the bowler. So that’s what we’re trying to encourage as coaches. We’re teaching people how to score runs by giving them as much ammunition as possible. Then, if they’ve got that ability to play all the shots, it’s about how you shape that. How do you teach them batsmanship? How can they occupy the crease long enough while still being positive and being able to play shots?

The best batsmen in the world are like golfers; they know how the ball is coming off the bat, whether they’re playing with a draw or a cut. They can manipulate the ball

A good bowler will pitch up 80 per cent of their deliveries, trying to hit the top of off-stump, so my big belief as an opening batsman is that you have to own the area in front of your front pad. I hear a lot of people come off after getting out saying, ‘I got a good ball, that was too good’. I don’t believe in that. There’s always something you can do to keep good balls out. 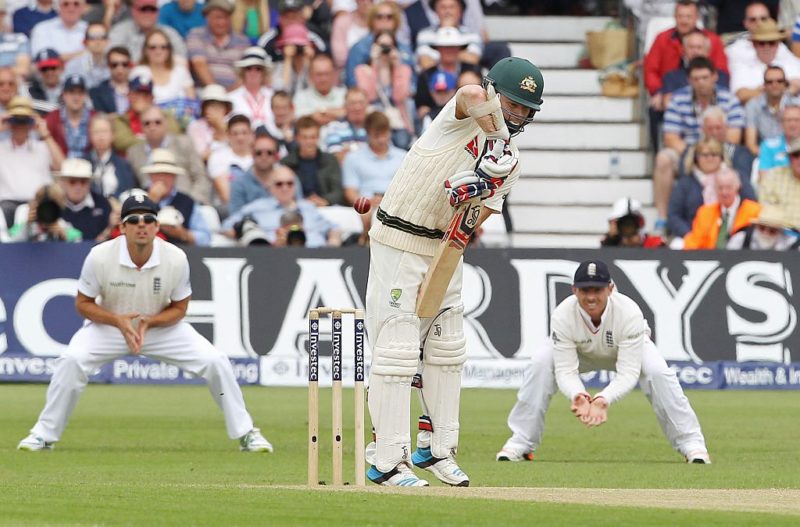 Chris Rogers plays a defensive shot during the 2015 Ashes

When there is swing or seam your best chance is if you work in straight lines. Make sure you’re not cutting across the ball. Imagine a line from middle stump back to where the bowler lets the ball go and try and get everything to go as much along that line as possible: your feet, your shoulders, your hands, your bat. If you have everything going towards your target you give yourself the best possible chance.

Probably the best piece of batting advice I ever received was from Lance Klusener, whom I played with at Northamptonshire. He set up with quite a wide stance, with his foot pointing down the wicket. I asked him why he did that. He said, ‘Buck, where do you want to end up when you play your front-foot shots?’. I said, ‘Probably in a similar position to what you’re in now’. And he said, ‘Why don’t you try and start there, as close to that position as you can?’. He knew where he wanted to end up and was working backwards.

That was an interesting one for me and that’s probably why I ended up standing the way I did. Particularly as an opener, when the ball is coming down so quickly, you don’t have a lot of time to react. You only want small movements, so you almost have to get yourself into a position where even if you don’t move much, you’re still in a pretty good position.

I had a pretty good strike-rate, I think it was over 50 in Test cricket, but for me it wasn’t about hitting boundaries, it was about trying to score off as many balls as possible. That’s what I think being busy is all about. I don’t have a lot of time for blokes who are a bit robotic and go block, block, block, four, block, block, four. How can you score two, one, dot, three, two, one etc? Then the boundaries will come naturally. That’s batsmanship. 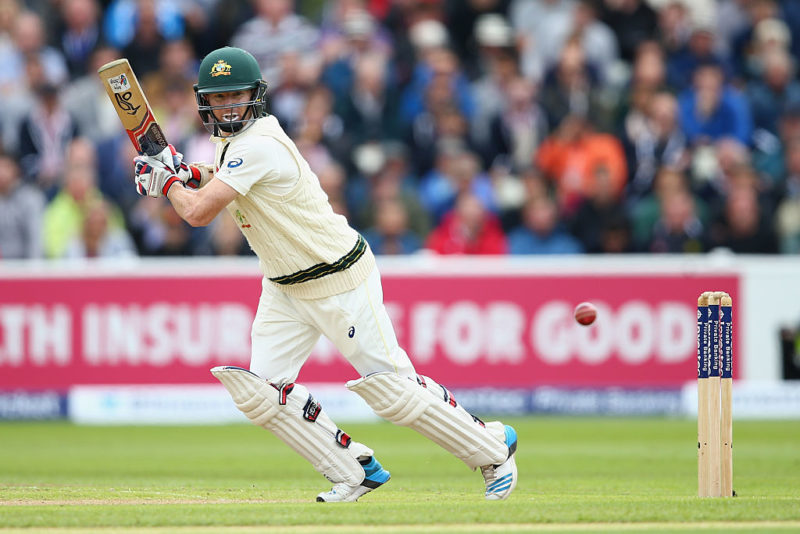 Chris Rogers playing the ball through the off side

The art of manipulation

The best batsmen in the world are a bit like golfers; they know how the ball is coming off the bat, whether they’re playing with a draw or a cut. They can manipulate the ball. They get across to the off-side and play a little bit of a draw into the leg-side, or stay a little bit leg-side of it and open the face and just knock it into the off-side. I’m always interested in whether young batsmen understand that kind of philosophy or whether they only hit the ball one way. A lot of kids these days just slice everything. But if you can manipulate the ball then you’ll be able to get off strike a lot easier and take the pressure off yourself.

The best players are always tinkering. My motto for a lot of my career has been ‘one step back to go two steps forward’ and I heard Roger Federer say that the other day so that was a pretty good reinforcement for me.

Batting is such a wonderful journey because it’s not just a steady incline. I used to think of it as maze, trying to go from Point A to Point B, but it’s not a maze because there are thousands of ways to get to Point B. So I look at it as a road map, with through-roads and dead-ends. Players will always make mistakes. As a coach if you can help steer them, then you can be a little bit proud.