The Australian offie on the art of slow bowling in the one-day game.

Give it a rip

Even in one-day cricket I believe it’s very important that you still try to spin the ball as hard as you can. My big thing is to try and spin up the back of the ball, so I get overspin on it and hopefully get a bit of bounce.

I have a two-finger grip spread quite far apart across the seam, with my index finger locked underneath, so it allows me to spin up the back of the ball and give it a good rip as well. 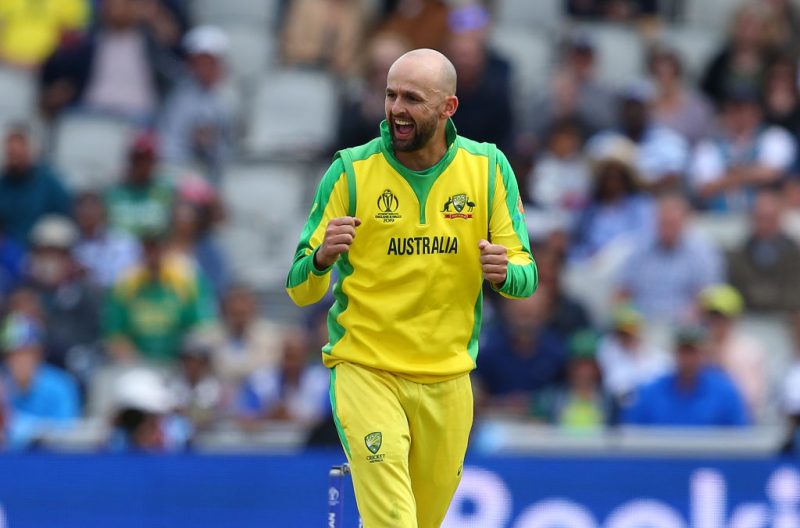 You can’t be too predictable in one-day cricket as a spinner, so you need a couple of different variations just to keep the batter thinking.

I’ve got one called ‘The Jeff’, which I flick out like the carrom ball, and there’s the ‘square spinner’, which Graeme Swann used quite effectively throughout his career, that skips off straight after pitching. There’s also the arm ball, which goes straight on with the arm.

You’ve also got to be more adaptable with your pace in white-ball cricket, to know the right time to bowl quicker or slower depending on the batsman, the match situation and the conditions.

Bowling in the powerplay

It’s a massive challenge if you’re asked to bowl in the powerplay as a spinner. I’m up against world-class batters who are looking to hit the ball a long way and I’ve only got two fielders out.

It’s all about bowling to your field. I try to close off one side of the ground – which is the case throughout the innings but particularly in the powerplay – and get the batter to hit the ball in the areas I want them to.

The advantage with bowling in the first powerplay is that I like bowling with the new ball, as the more pronounced seam gives me something to lock onto.

Pakistan were well set at 51-1 in their pursuit of 256 when Australian captain George Bailey threw the ball to Lyon. The off-spinner, playing in his seventh ODI, immediately hit his mark, finding extravagant turn and only conceding a single from his first over.

In his second he went on the attack, a sharply turning offbreak catching the back of Sarfaraz Ahmed’s bat and Brad Haddin taking a smart catch. Lyon asked for a leg-slip and was immediately rewarded as David Warner’s one-handed effort sent Misbah-ul-Haq on his way from the very next delivery.

Pakistan played the spinner watchfully thereafter, Lyon happy to build pressure as Australia’s quicks did the rest of the damage in a 93-run victory.

You need different ways of getting batsmen out in one-day cricket. In Test cricket I’m probably looking to dismiss batsmen caught at bat/pad off an inside edge, or caught at slip, but in one-day cricket you’re unlikely to have fielders in those positions. But my attitude is that you can still attack with a defensive field. And if a batsman is coming hard at you, there are likely to be opportunities to have them caught on the boundary.

It’s obviously very dependent on the match situation but my mindset is to first look at how I can take a wicket and then go through the process of figuring out how I can avoid being hit for a boundary.

While I’m always looking to attack, I also know that my role in the team is to build pressure from one end, and I think one of my strengths is my consistency.

In training I do a lot of bowling at targets, working on different ways I can land the ball on a certain spot to create pressure. When you’re bowling in the nets it’s really important to try and get as close to a game scenario as possible.