England’s ODI No.3 shares his expertise on run-making in 50-over cricket

Getting in the groove

I’m very fortunate to have some brilliant players around me who are very expansive so that takes a little bit of pressure off me when I start my innings. I know that if it takes five to 10 balls and I’m not striking at 100 or 120 then I can still stay relaxed.

Most of the time when I come in either Jonny [Bairstow] or Jason [Roy] are absolutely flying, and all I need to do is get them back on strike and then pick off the bad balls when I get the opportunity.

Playing to your strengths

I’m not someone who’s going to hit it 20, 30 rows back or mishit it for six very consistently, so for me it’s trying to minimise the amount of dot balls I face, making sure I practise rotating the strike when preparing for games and just being really clear on what my boundary options are. If the rate’s getting a bit beyond us and I need to take a calculated risk, I want to be really clear what my best option is.

A lot of the lads have throw downs without moving their feet to try and improve their ability to get themselves out of trouble, or to make their hands as efficient as possible.

It’s a very simple but effective drill to do. In the one-day format there will be times where you feel like you have to take a risk and bowlers will do you for length or for flight or spin, and you have to find a way to let your hands get you out of trouble.

Using the pace of the ball can be a really good way of finding gaps in the field against seamers. If a team is bowling in and around fourth stump, just back of a length, which can happen a lot through the middle overs, using soft hands and playing the ball quite late is a useful way of getting the ball down to third-man.

Then, if they want to plug that gap with a fielder, they’re opening up a gap somewhere else and hopefully you can exploit that and give yourself a less risky boundary option, or another way of rotating the strike and keeping the scoreboard moving. It’s all about trying to manipulate the field and getting guys where you want them. 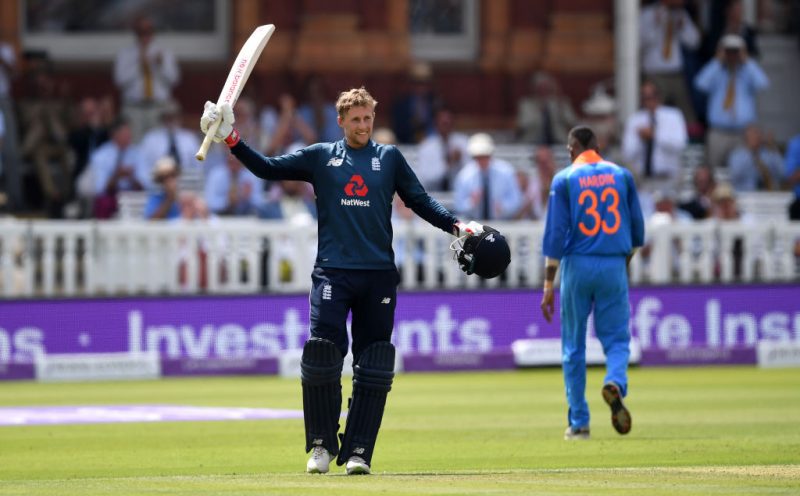 Root celebrates his century against India at Lord’s, July 14, 2018

Plan in action: Having a look

The T20 a few days before was the first time I faced Kuldeep Yadav [India’s left-arm wrist-spinner] and I got out first ball, and then in the first ODI he got me out very early. Making sure you can pick a bowler is a very important part of batting and on those occasions I didn’t give myself a chance to have a look at him and to see his variations.

In the second ODI at Lord’s I just gave myself a couple of overs to make sure that I was aware of the differences between his googly, his leg-spinner and his top-spinner before being too adventurous or trying to be too cute and clever. By giving myself a little more time – not two or three overs, just an extra few balls – I felt a lot more comfortable in what I was trying to do.

It’s that old adage of ‘the longer you’re out there, the easier it becomes’ and by being brave enough to take a little bit longer and back yourself to catch up it can be really beneficial for you and the team.

It can be quite difficult for the spinners in the middle overs when they’re only allowed four fielders outside the ring, particularly in the modern game when batsmen are sweeping and reverse-sweeping.

Take Eoin Morgan, who’s a very good player of those shots – a lot of sides have a deep point to him which then leaves cover exposed and that can make it very difficult for a bowler if he’s slightly too full or too short in his lengths. If you’ve got a sweep in your locker, added with the ability to clear the infield, it does make it very tough for captains and for bowlers.