After being unveiled as Wisden’s Leading Twenty20 Cricketer in the World for 2018 on April 10, Alan Gardner, writing in the Almanack, profiles Afghanistan sensation Rashid Khan.

Achieving success is one thing, but sustaining it can be another trick entirely – particularly for a young sportsman in an era of saturation coverage and in-depth analysis. But Rashid Khan, the Afghanistan leg-spinner who was still a teenager at the start of 2018, not only maintained his phenomenal record in the shortest form of the game, he surpassed himself.

In doing so, he made the leap from prodigy to superstar. The ICC’s top-ranked T20 bowler for most of the year – he also shared top spot in the one-day international rankings, and played in Afghanistan’s Test debut – Rashid was the closest thing to a banker in the high-rolling world of franchise T20.

He took his wickets with a smile, seemingly grateful for every opportunity that came his way. When his father died on December 30, months from being able to watch his son play in the 2019 World Cup, Rashid stayed on at the Big Bash League in Australia rather than return home. 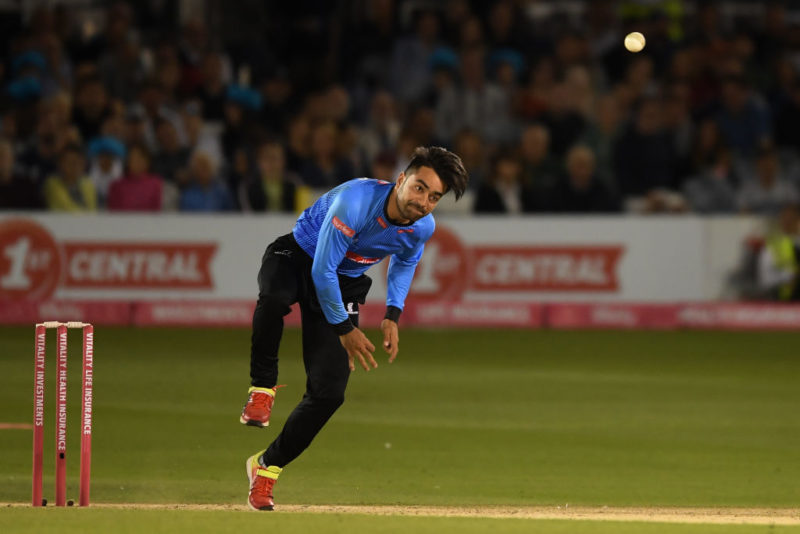 While supposedly having as many as seven variations, he is no mystery spinner. He is open about his methods, relying on accuracy, a fast arm and a well-disguised googly. In a masterclass for Sky, he revealed an unconventional approach to leg-spin: “I don’t use my wrist. Mostly I use the top of my fingers. I think that puts more speed on the ball.” Opposing batsmen might know what is coming – they’re just not sure what to do.

If the global T20 circuit can seem repetitive, a wall-to-wall spread of itinerant six-hitters and sponsored time outs, there was nothing humdrum about Rashid. No player was more in demand in 2018, when he lined up 61 times for seven teams in five countries – including the Afghanistan national side and a World XI at Lord’s. 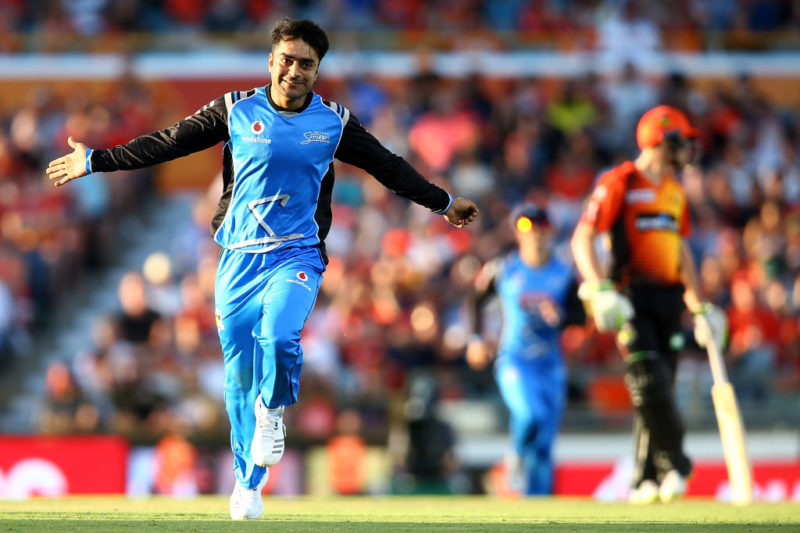 At just 20 years of age, Rashid has the world at his feet

He collected plaudits and accolades wherever he went: joint-leading wicket-taker at the 2017-18 Big Bash, where his Adelaide Strikers lifted the trophy; joint-second in the 2018 IPL, where his Sunrisers Hyderabad lost in the final. With Sussex, in the Vitality Blast, he linked up again with Jason Gillespie, his coach at the Strikers, and helped them to their first finals day appearance since 2012. At the inaugural Afghanistan Premier League, he was Man of the Tournament. And he was reliably among the most parsimonious bowlers in every competition he played.

All this from a 20-year-old who had converted from an opening batsman to a spin bowler only four years earlier, who taught himself through endless hours in the nets, and whose country was barely an Affiliate Member of the ICC when he was born. Afghan hero, IPL millionaire, T20 smash hit – the Rashid story was one for all of cricket to savour.