India opener Shikhar Dhawan said Bangladesh play fearlessly against big teams and ought not to be taken lightly in the Asia Cup 2018 final, while Mashrafe Mortaza, the Bangladesh captain, urged his side to keep emotions in check.

While most people expected Pakistan to clash against the men in blue in the final, Bangladesh turned the tables with a 37-run victory in their final Super Four fixture.

“Pakistan may be a bigger team on paper but Bangladesh played better cricket than them and are in the final again. They are always tough to beat, especially at home. They are showing by performances they have gotten so much better. They know how to play under pressure,” said Dhawan ahead of the clash on Friday, September 28.

“They play fearlessly against big teams and you have to appreciate that. Having said that, it takes time (to win major events). For them reaching the final is also a big thing. Hopefully, we will win tomorrow but you will see them crossing the barrier in some other tournament.”

Dhawan and his opening partner, Rohit Sharma, have been in stupendous form through the tournament. They are India’s most consistent batsmen in the competition, striking three centuries and two half-centuries between them in just four games.

When asked whether they felt extra pressure because of the absence of Virat Kohli in the squad, Dhawan said, “It was not like we felt that we had more responsibility in Virat’s absence. It was a tournament where the management could give an opportunity to the upcoming players, find out who all are equipped to bat in the middle order.

“That is why we took rest (against Afghanistan) so that guys who have not spent time in the middle get to do that. Virat around or not, Rohit and I approach every match the same way, with the same effort.” 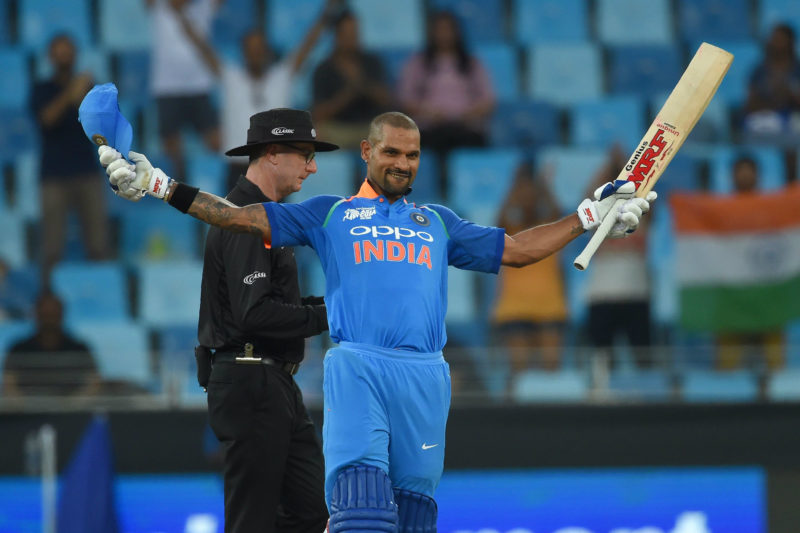 Shikhar Dhawan has scored 327 runs in the Asia Cup so far, with a batting average of 81.75

Mortaza, meanwhile, was proud that his team dug deep to come so far in the tournament. The team will be without the services of veteran players like Tamim Iqbal and Shakib Al Hasa, both of whom have picked up injuries. While Tamim fractured his wrist in the first game of the Asia Cup, Hasan played with an aggravated injury in his left little finger through half of the tournament, before sitting out for the virtual semi-final against Pakistan.

"So far we are proud; but we have to handle our emotions, especially before the final match"

“We came through difficult situations like losing one player after another and in that sense, the players really have learnt a lot. It was a great lesson for the boys. I think young players will learn that we must continue our fight till the last ball,” said Mortaza.

Mortaza advised his team to keep a check on their emotions, and said it was important for them to fight it out against a team of India’s stature. 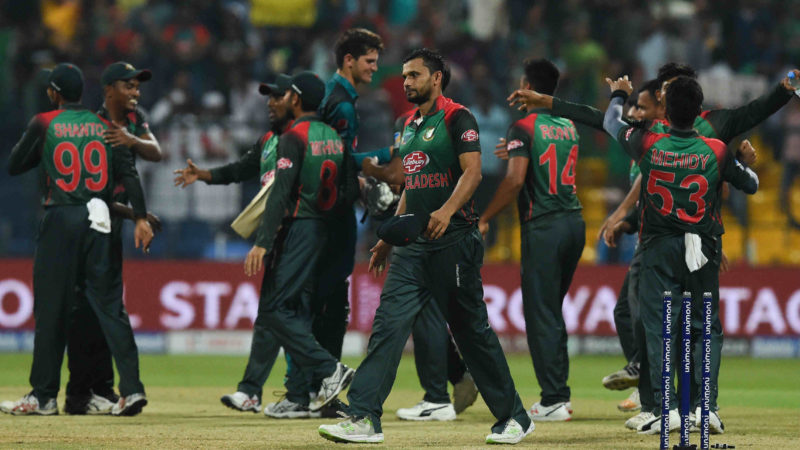 “So far we are proud. But we have to handle our emotions, especially before the final match. How we fight against them [India] is very important for us. They undoubtedly are the best team.

“The first ten overs are easier for scoring runs rather than the ones between the 10th and the 40th. It takes us time to settle in because of losing quick wickets. It becomes an additional pressure for the middle order … Maybe tomorrow you can see someone who never opened before. So we’re ready for everything. You should also be ready,” cautioned the skipper.