After a lack of application in the first innings, the Indian batsmen held their own on the fourth day of the first Test against Australia, although there were blips that could be worked on, assistant coach Sanjay Bangar said.

From 56-4 at lunch on day one, India recovered to 250 courtesy a gritty first Test ton in Australia for Cheteshwar Pujara and after gaining a slender 15-run lead in the first innings, the Indian batsmen showed a lot more application in their second dig, marching to 260-5 at lunch on the fourth day before being skittled out for 307.

While the first half of India’s second innings was a noteworthy improvement on the first-innings effort, with Pujara (71) and vice-captain Ajinkya Rahane (70) notching up half-centuries, the collapse towards the end, that saw India lose their last four wickets for just four runs left more to be expected from the lower order. 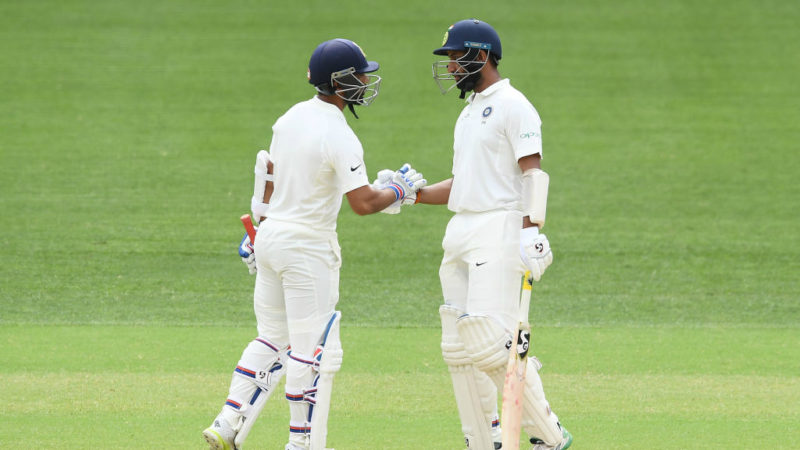 Pujara and Rahane added 87 runs for the fourth wicket

“Yeah, we were expecting at least 25 runs from there,” Bangar said of India’s fall from 303-7 to 307 all out. “That is an area where we are continuously looking to improve. And we are hoping that the lower order, especially the tailenders at 9, 10, 11 show a bit more application than what they did today.”

That Australia were still left to chase a daunting total for victory, a score that has never been achieved in the fourth innings at the Adelaide Oval by the hosts, was down to the 87-run fourth wicket partnership between Pujara and Rahane. Coming in the first Test of an overseas tour, this was a marked change from India’s assignments in South Africa and England where the batting order struggled in demanding conditions.

"Tailenders at 9, 10, 11 need to show more application than what they did today"

Stumps on Day 4. India have significantly strenghtened their position with the bowlers making inroads to leave Australia at 104-4.

“But they have really started well here. When we arrived here in Adelaide the perception was it is a batting friendly track but when we spoke to the groundsmen, he was of the opinion that they started using drop-in wickets which tend to make the contest 50-50 for batters and bowlers.

“[The batsmen showed] tremendous application, especially after where we were at the end of the first session (on the first day) where we lost four wickets. But after that, a lot of resistance and resilience was shown by Pujara and was well-supported by Rohit, and [we] somehow managed to scrape through to that total. And then the bowlers bowled brilliantly.

“Ajinkya and Pujara, both [are] quality Test players and whenever they have done well they have put us in a good position.” 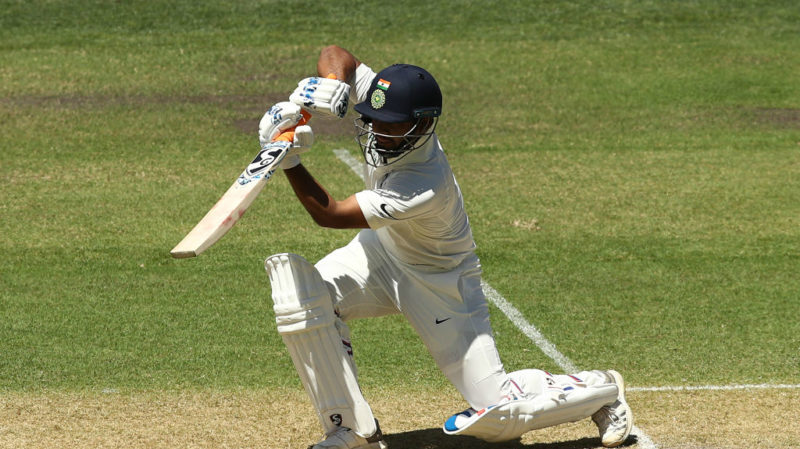 Australia could have been chasing a total in excess of 350, and not 323, had India’s lower order done better.

India started the second session quite well, with Rishabh Pant (28) hitting Nathan Lyon for three fours and a six in an over, collecting 18 runs. But Lyon got the batsman out in the same over, and that wicket initiated a collapse. Pant’s aggressive approach to the game and high-risk cricket has often come under scanner with him found guilty of giving his wicket away when he could have persevered to score more.

As the current series is under way, how well do you know previous India vs Australia series?

“And once he had put us in that position, we expect that with time and with a bit of a better approach, a better mindset, and better calculation, he could have done better. But we don’t really want to take the fearlessness out of any player.

“Otherwise… hitting against the turn, getting those boundaries, they were high-percentage shots and you have seen many players who have been courageous play that. So it’s a mix of caution and aggression and with time he will develop.”

"Vijay is here because he's performed well in the county circuit"

And while most Indian batsmen improved on their first-innings returns, Murali Vijay could not quite do so, managing 11 and 18 across innings and falling prey to full deliveries that lured him into playing the drive when the new ball was still moving around.

🏏 Nathan Lyon has dismissed Virat Kohli more times than anyone else in Test cricket.

🏏 Lyon is also the fourth highest Test match wicket-taker in the history of Australian cricket.

Vijay made his comeback to the Test side in this game after being dropped from the team after the second Test against England at Lord’s and while he got a hundred in the warm-up match in Sydney, two failures here will add to the scrutiny over his place in the side.

“Vijay’s here because of his experience. He’s here because he’s performed well in the county circuit, and even in the practice match that we played, he got a score under his belt,” Bangar jumped to Vijay’s defence.

“Being in and out of the team never helps any player, but we are keen that the experience that he possesses and the discipline that he can bring to the game.. because playing against the new ball, and the quality of attack that the Australian team has, we need the top-order to be giving us good starts.”