The last time India met New Zealand, in a warm-up match before the start of the 2019 World Cup, they were routed by six wickets after being dismissed for 179.

Both teams have since begun their respective World Cup campaigns undefeated. While New Zealand have won each of their first three games so far, and are sitting on top of the table, India have beaten South Africa and Australia in their first two matches.

Both teams have their obvious stars, including modern-day greats such as Virat Kohli, Kane Williamson and MS Dhoni that would fit into any world-beating XI. In preparation for their clash on Thursday, June 13, we put together a combined XI, featuring the best from both sides.

Ranked world No. 2 in the ICC ODI batting rankings, behind his captain Virat Kohli, Rohit Sharma has been one of the best openers in limited-overs cricket, since he was promoted to the position in 2013.

He is the holder of multiple world records, including three double-hundreds in ODIs, making him the only batsman ever to have crossed the 200-run mark on more than one occasion in the format, as well as the highest individual score in one-day internationals: 264. Since the start of 2015, he has also hit the most number of sixes in ODI cricket – 146 – and has been a lynchpin of the Indian top order for the last six years. 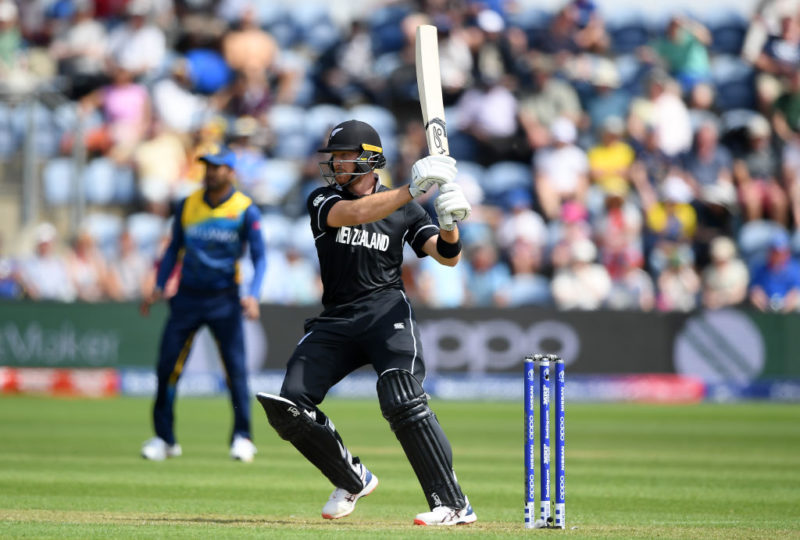 Guptill faced stiff competition from Shikhar Dhawan, whose left-handedness gives him an inherent advantage. However, Dhawan’s injury, and Guptill’s slightly better aggregate in 2019 so far, helped him trump the Indian opener for the spot.

The New Zealander has already registered three centuries this year and has scored 562 runs at an average of 51.09. Guptill is a destructive force at the top of the order, best exemplified by him his 237* against West Indies, in the quarter-final of the previous edition, which is the highest individual score in World Cup history.

The Indian skipper wins the No. 3 position in this XI hands down. Closing in on 11,000 one-day runs that include 41 centuries, second only to the great Sachin Tendulkar, Kohli boasts an average of 59.47, the highest for any batsman in the 10,000-run club. Kohli has been a relentless run-scoring machine for India since his debut in 2008, and is the most successful ODI batsman of the modern era, making no contemporary Indian, or world, team complete without him.

The New Zealand captain’s career record speaks for itself. With 11 centuries to his name from 135 innings, Williamson has been the bedrock of New Zealand’s batting for the last several years. His craftiness against pace and spin alike, in addition to superb strike-rotation ability, makes him a reliable batsman at the No. 4 position. 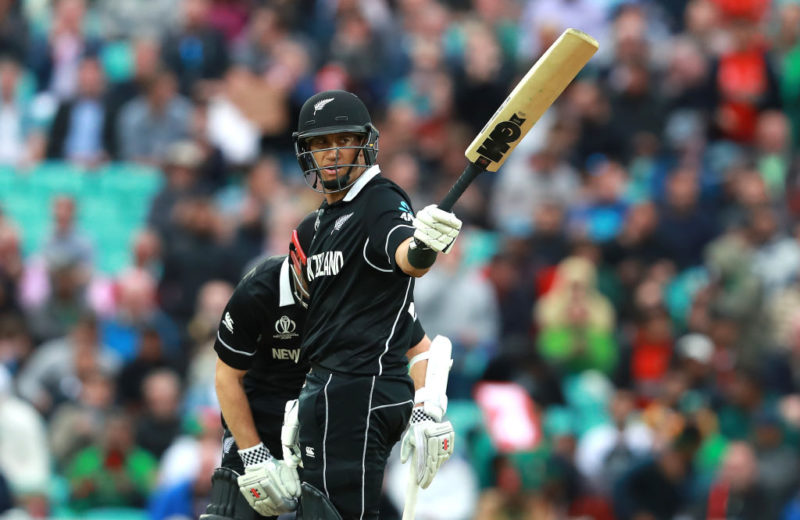 Currently playing in his fourth World Cup, Ross Taylor has been a bedrock of New Zealand’s batting for many years

Currently ranked third in the ICC’s rankings for ODI batsmen, Taylor is an obvious pick for the No. 5 position in this team. He is New Zealand’s highest ODI run scorer, with 8156 runs in 205 innings, at an impressive average of 48.54. Moreover, Taylor has maintained these spectacular numbers across a career spanning well over a decade now, which further proves his utility to the New Zealand side.

The former India captain is one of the most successful wicket-keeper batsmen in ODI cricket. Apart from Kohli, he is the only player to average in excess of 50 among those in the 10,000-run club. With 315 catches and 121 stumpings, Dhoni is renowned for his quick glove work and lightning reflexes that often result in some outrageously fast stumpings. 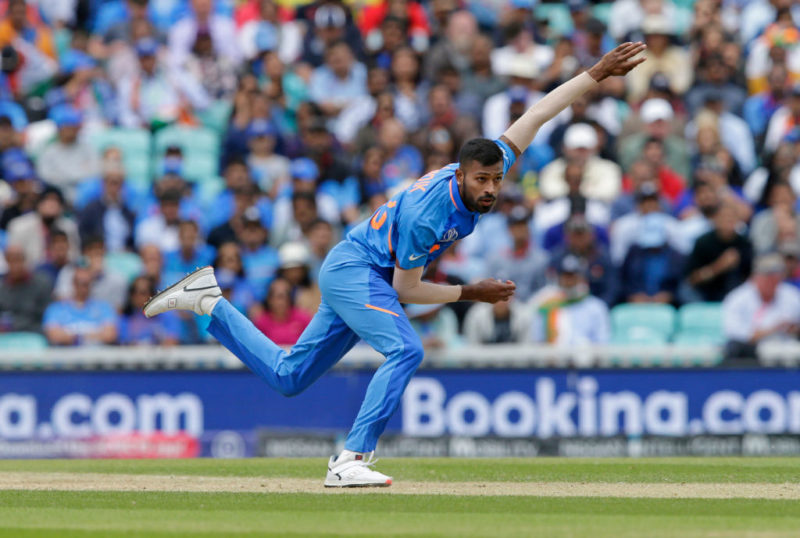 The X-factor of the Indian team fills up the all-rounder’s slot, occupying the No. 7 position in a star-studded line-up. Since making his debut, which he finished with the a Man of the Match award, against New Zealand in 2016, Pandya has quickly proven to be an extremely hard-hitting batsman. He is also handy with right-arm medium pace, and is capable of delivering on both fronts in crunch situations.

The left-arm wrist-spinner fits in as the lone spinner in the side, ahead of Mitchell Santner and Yuzvendra Chahal. Kuldeep, who is the fastest Indian spinner to 50 ODI wickets (24 innings), is currently 12 short of 100 scalps, and is capable of bemusing the best of batsmen with his guile, variations and class. 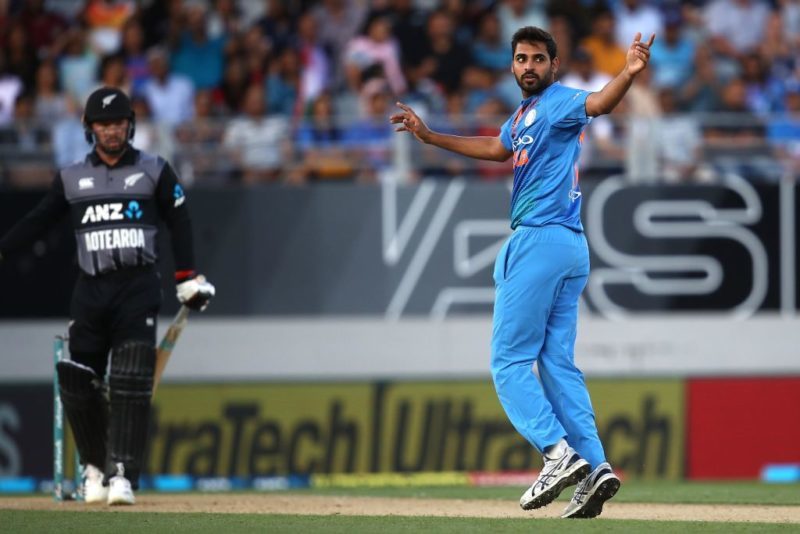 The most experienced among the frontline bowlers in India’s World Cup squad, Bhuvneshwar has lived up to his reputation of being an excellent new-ball bowler in the two matches he has played so far.

Capable of moving the ball both ways, Bhuvneshwar relishes overcast conditions, which have been the flavour of this English summer, and has the ability to provide breakthroughs at crucial junctures of the game, as he did against Australia at The Oval on Sunday.

A master of the new ball as well as the death overs, Jasprit Bumrah is currently the top-ranked ODI bowler in the world, and fits straight into any modern-day team, irrespective of the format. With his unusual action, peculiar release point, subtle variations and spot-on execution, Bumrah has become India’s strike bowler, as well as the captain’s go-to man in any situation. 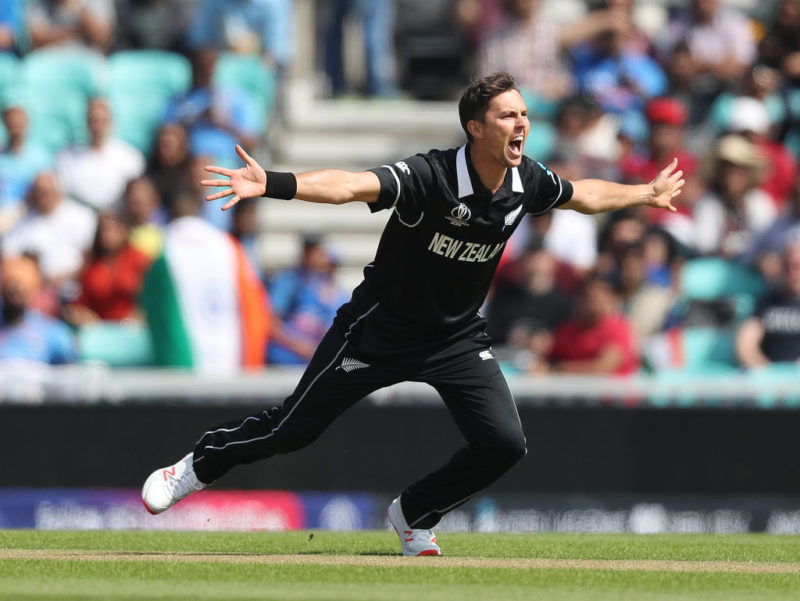 Boult is New Zealand’s most successful bowler, across formats, over the last four years. Boult, who looked up to Wasim Akram in his early days, brings searing pace and pinpoint accuracy, like his idol. He is currently second-ranked, behind Bumrah, on the ODI table, and was one of the driving forces behind New Zealand’s smashing run to their maiden World Cup final, in 2015.