Tamim Iqbal’s fitness is the latest concern for Bangladesh as they prepare to begin their Cricket World Cup campaign against South Africa on Sunday.

Tamim was sent for an x-ray after taking a blow on the wrist during training on Friday and faces another check before play starts at The Oval.

Concern over an opening batsman heading into his fourth World Cup and with 6,636 one-day international runs to his name is scarcely what Bangladesh need given their other injury worries.

Skipper Mashrafe Mortaza hopes to lead the side despite straining a hamstring against India in a warm-up match, while Mustafizur Rahman and Mahmudullah are others who have been nursing problems.

The world’s top-ranked one-day international all-rounder Shakib Al Hasan – one wicket shy of 250 in ODIs – did return in the recent warm-up against India, and his cerebral slow left-arm will give the South Africans a new problem to consider after they were undone by the sheer pace of Jofra Archer in south London on Thursday.

Faf du Plessis offered a measured response to that comprehensive defeat, cheerfully admitting his side had been outplayed “in all three facets” and promising improvements to come.

“For me,” he said, “it’s about making sure we look at the areas that we got it wrong and just move on.”

Whether they are able to do that with Hashim Amla at the top of the order remains to be seen: the experienced opener will be assessed following the thud to the helmet he took off Archer at The Oval.

South Africa may have come up short against the tournament favourites, but their last ODI defeat before that came way back in January.

Bangladesh were well beaten by India in their final warm-up, but spirits should still be high following their first multi-national series success in the recent tri-series with West Indies and Ireland.

There are fewer reasons for optimism in the archive of results between the sides, South Africa boasting a 17-3 winning record and a 2-1 success rate at World Cups.

It seems unlikely that Imran Tahir will take the new ball again, given his shock first-over dismissal of Jonny Bairstow was months in the planning, and with Dale Steyn again a likely absentee that leaves the pace of Rabada as the biggest early menace to the Bangladesh openers.

With Tamim doubtful, much may rest on Sarkar, who comes into the tournament on the back of three successive ODI half-centuries – not to mention a List A double hundred in Bangladesh domestic cricket. 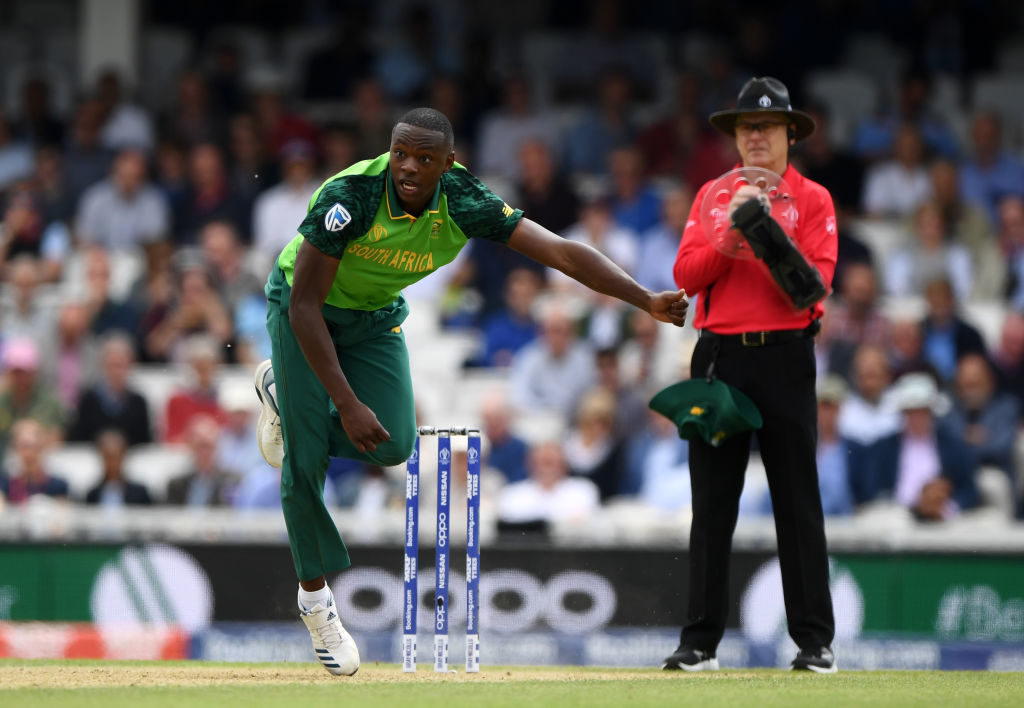 He has form against Rabada, too, having scored 88 and 90 in a 2015 series against the South Africans.

The Proteas quick has been in characteristically chirpy form of late, even finding time to have a verbal pop at Virat Kohli, and he will doubtless be eager for early wickets after being denied the chance to bowl first-up at The Oval.

South Africa take on Bangladesh, with play starting at 10:30 (BST) at The Oval.