India captain Virat Kohli became the fastest to complete 11,000 ODI runs, reaching the milestone in just 222 innings, during his side’s clash against Pakistan at Old Trafford, during the ongoing World Cup 2019.

He became the third Indian, and ninth batsman overall, to complete 11,000 ODI runs. Tendulkar had achieved the tally in 276 innings, against England at Kanpur, back in 2002. 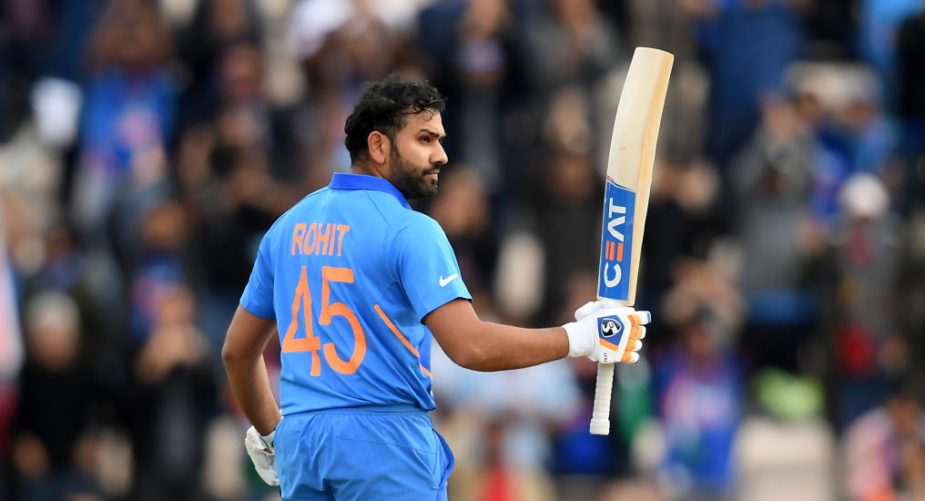 Rohit scored his second World Cup century of 2019, the first being against South Africa

In regular opener Shikhar Dhawan’s absence, KL Rahul partnered Rohit Sharma at the top, forging a 136-run partnership inside 24 overs. It was the highest stand for India, for any wicket, against Pakistan in World Cups. The previous record, worth 129 runs, was held by Kohli and Dhawan during the India-Pakistan group-stage game of the 2015 World Cup.

What a start ♥️

Rohit went on to score his third century in World Cups, going past Virender Sehwag’s ODI tally of 8,273 ODI runs. It was his fourth ODI century in England, the joint-most by an Indian on English soil, along with Shikhar Dhawan. On June 5, he had scored an unbeaten 122 against South Africa in India’s opening game of the World Cup.

Only Sachin Tendulkar (6) and Sourav Ganguly (4) have more centuries for India in World Cups.

Brilliant 💯 from @ImRo45 but Pakistan have missed a trick by not opening up with Imad Wasim! 🤷‍♂️ #INDvPAK #CWC19

Rohit also went past MS Dhoni’s current tally of 355 sixes in international cricket and now stands fourth on the overall list behind Chris Gayle, Shahid Afridi and Brendon McCullum. His century was also the second-highest score by a batsman against Pakistan in World Cup history, behind Andrew Symonds’ 143-run effort in 2003.

It was just the second century by an Indian against Pakistan in World Cup history. Virat Kohli’s 107, during the 2015 World Cup, is the only other instance.

India’s final score of 336 is the highest score by a team against Pakistan in World Cup history, bettering England’s 334-9 at Nottingham scored earlier in the tournament.