Could Jos Buttler have two innings to save his Test career?

The wicketkeeper has starred for England in ODI cricket, earning a place in Wisden’s ODI team of the decade and gracing the cover of the next Wisden Almanack for the moment which sealed England their first men’s World Cup title.

But in the longest format, he has found it tougher going. Buttler has been in and out of the side and while he enjoyed success to start with after his most recent recall, making his maiden Test century against India at Trent Bridge in 2018, this winter he has a top score of 43, and scored just 1 in his only innings in England’s win at Port Elizabeth.

With England’s next engagement two Tests in Sri Lanka, Ben Foakes could be in line for a recall, having earned the Player of the Series award for his efforts there last time. Foakes is also rated a better gloveman than Buttler, something which could be key in a country where standing up to the stumps is a common requirement.

BG: With Buttler, the drop has been remarkable. He averaged 41 [from his recall in 2018] until the start of the Ashes and 22 since then. Is time running out for him?

EA: Well it is so upsetting, isn’t it? Because he is such a talented lad. But there is only so long that you can keep being picked on potential, isn’t there? And that was what he was picked on. He was picked on natural talent and potential based on white-ball performances and he has not really delivered. It is really upsetting. But yeah, I don’t know how much longer he has got.

TH: I look at your reaction there when Ben brings up Jos Buttler and that is the reaction everyone has because Jos Buttler is that cricketer that you want to nail down Test cricket, because he is so much fun to watch. We have had glimpses of that. Sometimes, unfortunately, all he is doing is being stuck with the tail, and he starts hitting out, and it is still the most enthralling passage of play that day. That last Test was such a big opportunity because the platform had been set and this was Buttler now in the position which he had been brought in for and then just the dismissal was just so sort of… 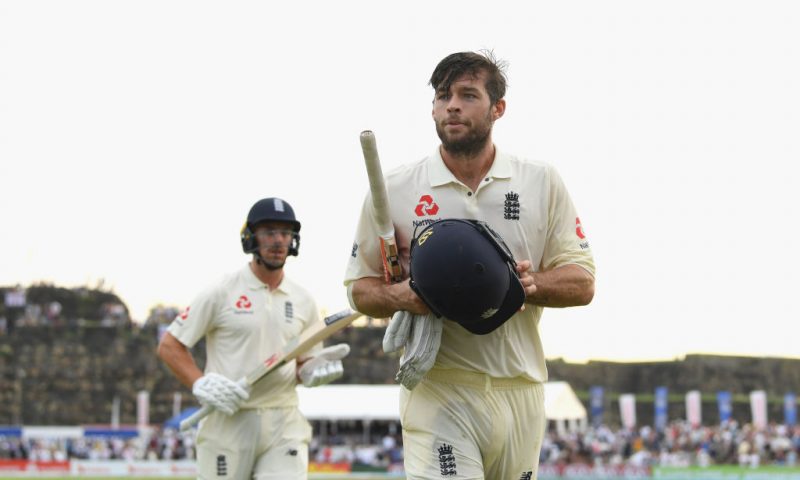 Could Ben Foakes earn a Test recall in place of Jos Buttler?

TH: It was quite tame. It was just disappointing.

EA: And that century at Trent Bridge feels a long time ago, doesn’t it? Because there I thought: ‘Oh, he has worked this out’. He has worked out what to do here because he played a proper Test match innings there, didn’t he? But that was a bit of a flash in the pan really.

BG: But then people were saying similar things after the fourth Ashes Test, weren’t they? And then he came out and he smashed a 70 at the Oval and batted how he had been picked to bat with that mix of counter-attacking but also shepherding the tail and picking his moment and that sort of thing. So it is not out of the question.

EA: I am just not sure that one in six or seven is enough.

BG: So you think that even if he gets runs in the next test it could still be Foakes rather than Buttler for Sri Lanka?

TH: I think that is an understatement.

EA: And if they are picking horses for courses then you have to go: ‘Look how this lad did last time we were here. Let’s get him back in again.’ Which might mean curtains for Jos.