After England’s sixth Test defeat of 2019, the editor-in-chief of Wisden Cricket Monthly, Phil Walker, wonders how much longer it will remain feasible for Joe Root to hold onto the captaincy.

Going after the figurehead can easily feel like the lamest form of hackery. Turning against the captain after just another Test defeat – even if it is a sixth in 12 across the calendar year – invariably feels simplistic and infantile, as if all the missteps and misfortunes, all the scheduling traumas, backroom upheavals, lurgy outbreaks, structural imbalances and existential arm-wrestles of a centuries-old institution can be boiled down to a bout of leg theory and a couple of sad dabs outside off-stump.

But it’s been coming, and for a long while. It’s no longer impertinent or simply unEnglish to question Joe Root as England’s Test captain. Nor, crucially, should it be taken as a slur. It’s only because cricket and English cricket in particular fetishises the cult of the leader that it’s felt necessary to wring our hands for months before daring to go there. But the excuses and caveats are running dry. The numbers are shifting from the persuasive to the compelling. He is clinging to his job.

Not all great cricketers make great captains. Some great cricketers make hopeless ones. The issue with Root is that it’s not just the captaincy tag that’s on the line, but the hoary old bit about greatness itself. Remember when it felt, for pretty much the duration of his 53 Tests as ‘merely’ England’s best runscorer, that he was compiling a body of work to put him among the emperors and gods? As the average scuttles further south and the glow around this once celestial cricketer dims further, it becomes a question of what Root is for, and what, deep down, he wants to be himself.

He remains, still, a batsman of exquisite order. But if the demands of the top job continue to chip away at the memory of the early years, and its clutches drag him further down into the realms of the merely pretty good, then it will be English cricket’s mess to own. If the average nosedives but the series-win ratio soars, it may be deemed a worthwhile move. But as things stand, his average slumps to 42 as captain, while England have lost 15 of his 36 matches in charge, with just four wins from 16 away from home. Andrew Strauss used to say that one accepts a trade-off as captain: a few ticks off the average for the glory of being the boss. Root, over a pretty sizeable sample size, is trading badly on both counts.

It was hard to pick out a single moment from the Centurion Test. Picking five seamers and bowling first, knowing that South Africa had a very useful left-arm spinner. Watching on as Jofra Archer failed to ignite when he needed him most, prompting Root to give him a dressing down on the second morning. Nibbling with half a bat at Philander to be caught behind, dismissed again in a way that’s beneath him. Starting the second dig with just two slips and a gully, and allowing his quicks to go rogue with tactics that Nasser Hussain would later describe as bizarre and indicative of a side whose planning is not switched on at all. The (literally) painful scrap to bat through the first session on the fourth day, only to get to within a couple of his half century and waft at the new ball.

The gaunt face and sagging frame that haunted the end of the game was no doubt exacerbated by the virulent bug which poleaxed most of the squad and affected Root mid-match. But the image isn’t a new one. Two years ago in Australia, having run a complete fool’s errand of a tour with admirable rectitude, Root was sound asleep in the dressing room when the last rites were administered at Sydney, having spent the previous night on a drip. 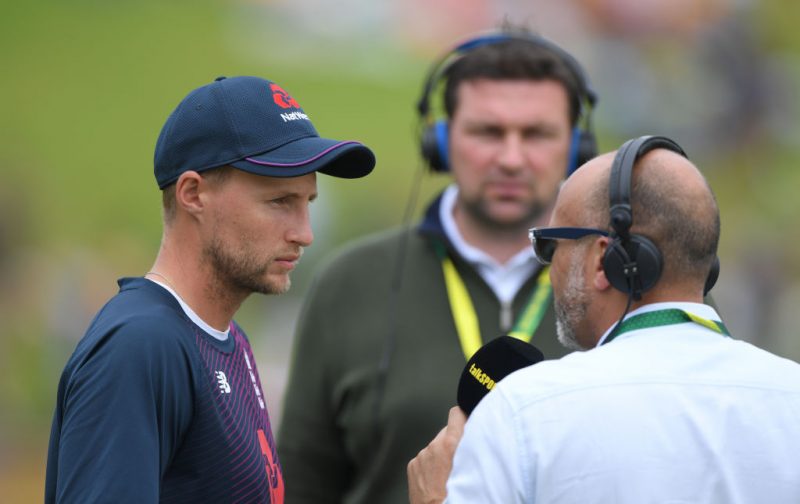 He had given everything, battling a superior team in unrelenting cauldrons, striving for parity, respect and a first Ashes hundred in Australia in nine attempts, and it had done him in. For all the traumas, however, English fans cautiously framed the experience as one that would do him good, and that at least it was “Joe’s team” now.

The end of that series marked the end of his apprenticeship. But while it may seem ludicrously premature, thoughts are once more wandering south. One of the more misguided recent statements from top brass has to be Ashley Giles’ assertion in November that Root would be backed to “lead and win” in Australia in two years time.

At the time it felt odd, though it was far from inconsistent. It’s unlikely that Giles, newish to the job, was issuing the old football chairman’s dreaded vote of confidence; more likely, as a continuity figure himself who’d just elevated the bowling coach to the role of head coach, he was simply falling in line with the way English cricket likes to do things.

England captains of this century, save for the patently unsuitable ones (Flintoff, Pietersen), tend to be afforded long, extended tenures that are only ended by their own hand when they can go no more. If Root is indeed bulletproof until the next Ashes, and he plays every Test match, he will have accrued at least 57 matches in charge (at least, for there could still be a World Test Championship final to play in all of that). To put that in context, Alastair Cook’s record stands at 59, and even he, the great stayer, walked away exhausted at the end of it.

"Root is too precious to English cricket. And captaincy is not everything."

Cook, of course, was far from the only one to stagger away, drained and done, declaring that there was “nothing left in the tank”, much as Hussain, Vaughan, Strauss and Atherton had done before him. (The old line about the role of England captain being the toughest job in Britain after the prime minister has long gone stale; perhaps the better political comparison is the one about how all careers, even the best ones, end in failure.)

Each of those old leaders are beloved today, much as Root will be when tomorrow comes. Time does that. It’s worth noting, by way of offering some succour for Root, that none of them, with the probable exception of Vaughan, were renowned as tactical virtuosos. (And even Vaughan, towards the end, had picked up a reputation for funky show-off fields that led to very little.) But what they each possessed was a distinct identity that fitted the needs of their time.

Atherton was the long-suffering paragon steering a chaotic set-up who batted better with the armband than without. Hussain was the firebrand reformer who ruled by fear and made them hard to beat. Vaughan brought the fun, riding a roguish bunch to brief scene-shifting glory, and Strauss, assisted by three great bowlers in their pomp and a one-off batting line-up, completed the story.

It’s not easy, at the moment, to frame the Joe Root era in a positive light. It feels like the lifeblood of this magical batsman is slowly being drained. His runs are his greatest asset to this team, and cricket is littered with players who have been rejuvenated after relinquishing the reins. And it’s absolutely no admittance of failure either; plenty of all-timers have found the job simply didn’t fit.

Perhaps that double-century in New Zealand in November, a sixth century in 36 matches as leader but just his fourth in his last 31, will precipitate a fresh new run-spree. And how great that would be to see. But if South Africa’s unswerving competitive instincts prove too much over the next fortnight, then it will be time for someone else to have a go. Root is too precious to English cricket. And captaincy is not everything.