Ben Gardner argues Jos Buttler’s Test career might not be done yet.

So that’s that then, is it? Not with a bang, but with a perfect encapsulation of the struggle of translating white-ball genius to the trials of Test cricket. In the first innings at The Wanderers, Jos Buttler struggled along with a platform but no rocket fuel, trying to achieve lift-off but only succeeding in hitting one up in the air. Off he walked, with just 20 runs and a send-off from the bloke he called a k***head earlier in the series to show for it. Get Ben Foakes in for Sri Lanka and the rest of time. Jos can go to the IPL and remain the white-ball player of England’s dreams.

The problem with one act serving as a perfect encapsulation of something or other is it can distort what’s actually true, force a rewriting of history to fit the present. It was not so long ago that Buttler was doing exactly what he now apparently can’t, bringing his one-day moment-seizing nous to the longest format, playing a succession of pivotal, contrasting hands to help Joe Root to the two proudest series wins of his Test captaincy, blocking it at Trent Bridge, paddling at Pallekele, and then coming down at Colombo.

Best of all came in the fourth Test against India on a wearing Rose Bowl surface, his 69 England’s only half-century as they overturned a deficit to snatch a series-sealing victory. Jos Buttler the Test cricketer had arrived. From the time he was recalled up until the start of the Ashes, Buttler averaged just over 40 and scored more Test runs than any other Englishman. Since then he averages just 21.31 and looks a batsman bereft.

Part of the difficulty of evaluating where Buttler goes next is pinpointing what exactly the problem is. He is no model of technical perfection, but his method seems serviceable enough for keeping out most of the good ones at this level; certainly there’s no fatal flaw to compare with the straight-ball weakness that makes Jonny Bairstow unviable everywhere except the most spin-dominated territories.

The weight of the gauntlets might have something to do with it; Buttler averages 27 when keeping compared to 36 when not, though that Southampton star-turn came having kept, and his struggles started in the Ashes, when he was just a fielder. If there is a spot for him, the emergence of Ollie Pope and a top three with some staying power leave the No.7 slot with the gloves the only option. It might be that he can’t juggle both. 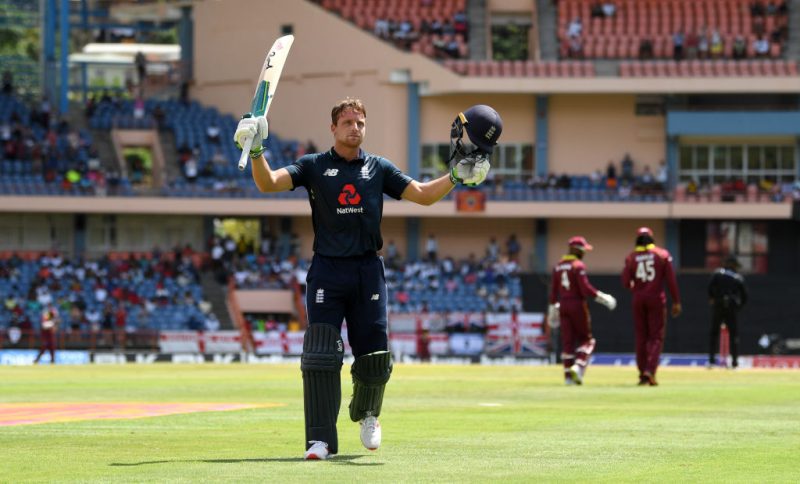 Or, maybe, he’s just a bit tired. After the first Ashes Test (Buttler: 5 & 1) Wisden Cricket Monthly editor-in-chief Phil Walker asked him about coming to terms with life after Lord’s. “It’s definitely a challenge,” he said. “Having invested so much time, and the emotions of going through the World Cup, going through those struggles and getting to a point where we had four must-win games, it can tire you out emotionally. There is a kind of sadness, really that it’s all of over. Just trying to understand your emotions and accept them and then to draw a line under it, and focus again. Yeah, it’s definitely a challenge.”

Buttler did get a rest when Dawid Malan and co. were playing five T20Is against New Zealand, meaning he hasn’t played a white-ball game of any description since the World Cup final, and maybe that’s relevant too.

For most players, juggling formats, shelving shots, and tempering temperaments is a challenge. But Buttler isn’t most players, and the evidence is there that he thrives on switching codes. In 2017, the only calendar year since his debut in 2014 without a Test cap, Buttler’s average (28.80) and strike rate (102.49) was as low as it’s been in a calendar year in ODIs. In 2014-2016 and 2018-2019, he made all nine of his ODI tons so far, averaged 46, and struck at 121 runs per 100 balls. Maybe all he needs is to smash some slower balls around to be reminded of his own genius and lift some of the limitations on his Test game.

If Buttler does take his poor form into the limited-overs leg of the South Africa tour, that would serve as a strong argument for this being the end of his Test career; he is far more precious to Eoin Morgan’s side than he is to Joe Root’s, especially with three World Cups scheduled across the next four years. But if he shows no hangover from his Test travails, then give him Sri Lanka off, see if he tears up the IPL, and re-evaluate come June.

Foakes may well answer the question by then, of course. Cruelly struck off last time and since deified by the county diehards who knew better, there are few how don’t hope he waltzes back in at Galle, solves England’s wicketkeeping dilemma and brings Test cricket back to the masses with his winning smile and dreamy eyes all at once.

But while he deserves his chance, a chance is all he’s got, and if his county struggles continue – Foakes averaged just 25 for Surrey last season – Ed Smith and the rest will sit down to pick a squad to face West Indies in three Tests with the gloves up for grabs. The Buttler Test obituaries need not be penned yet.