England seamer Stuart Broad admitted that the postponement of their Sri Lanka series was a “very tough but necessary decision” taken by the ECB, amid the global Covid-19 outbreak that has brought cricket to a standstill.

Broad, the most capped England player in the squad, was on his fourth tour of Sri Lanka, when the ECB requested for the series to be called off, a week before the first Test was to begin in Galle on March 19.

In his column for the Daily Mail, Broad revealed that it was “eerie” when skipper Joe Root broke the news of the postponement to the squad.

“Obviously we had been kept up to date with what was happening back home via social media, and it was quite surreal to see people fighting over loo roll in the supermarkets,” Broad wrote in the Daily Mail. “Over the past couple of days, it has almost been as if the world has started to realise how serious this really is, and started shutting down things.

“These major worldwide events [NBA, Melbourne Grand Prix, etc] were being postponed and there was a feeling within our group that we ought to think about where we stood.”

England had played two practice game in the lead up to the two-Test series, but with the outbreak intensifying globally, several prominent sporting events were called off. Late last month, ECB had issued a statement, saying the coronavirus would not affect the progression of the tour, and even listed precautions for the squad.

“Thankfully it did not come to that,” Broad wrote. “The call came from the top, whether from Tom Harrison, or Ashley Giles, or others in the hierarchy at the ECB. They made a very tough but necessary decision and credit to them for putting the players and the fans first.

“It can’t have been easy, with all the financial aspects of a tour like this, and ultimately we want to be playing cricket for England, so we were sad to be leaving.” 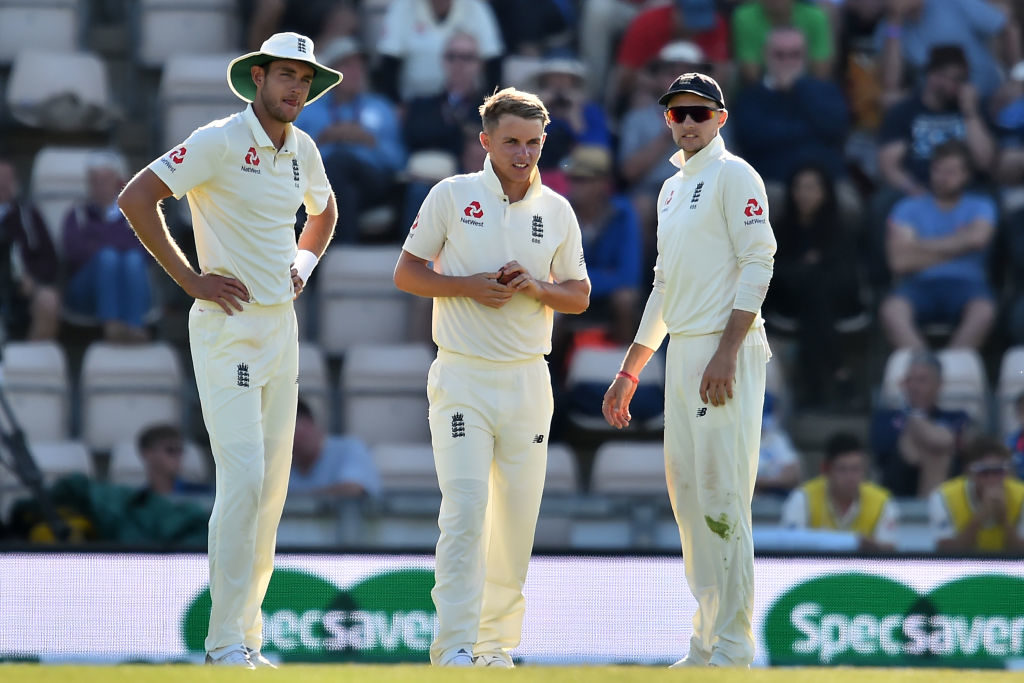 Stuart Broad believes the Sri Lanka series might be pushed to 2021, possibly tagged along with their tour of India

With no clarity as to when mainstream cricket can restart, Broad believed the series would be forced into next year, possibly clubbed along the India series in early 2021.

“Despite the disappointment, though, the right decision has been made and we all look forward to coming back and completing this series at some stage.

“It’s going to be very strange for a few weeks, as it affects a lot of people, but sometimes things are bigger than sports. This is a worldwide pandemic that needs acting upon very quickly.”