Eoin Morgan, the England captain, was thrilled with his bowlers after their four-wicket win over West Indies in the first T20I in St Lucia on Tuesday, March 5.

Tom Curran returned a fine 4-36 and Chris Jordan impressed with 2-16, but it was Adil Rashid who Morgan picked out for particular praise.

Rashid returned 1-15 from his four overs, and for Morgan, it was his control and variations that stood out in a fine all-round performance – West Indies were restricted to 160-8, before Jonny Bairstow scored a 40-ball 68 to power the chase.

On a tour that has blown hot and cold for Morgan and England, there was evidence of real improvement here. “Taking early wickets really did put us on the front foot, because it’s something that we’ve struggled to do this whole white-ball tour,” said Morgan.

Rashid’s 1-15 put the pressure on West Indies, especially after he dismissed the dangerous Carlos Brathwaite for a six-ball duck. With that spell from Rashid, Morgan was able to apply the squeeze on West Indies, and he promptly praised Rashid to the skies. 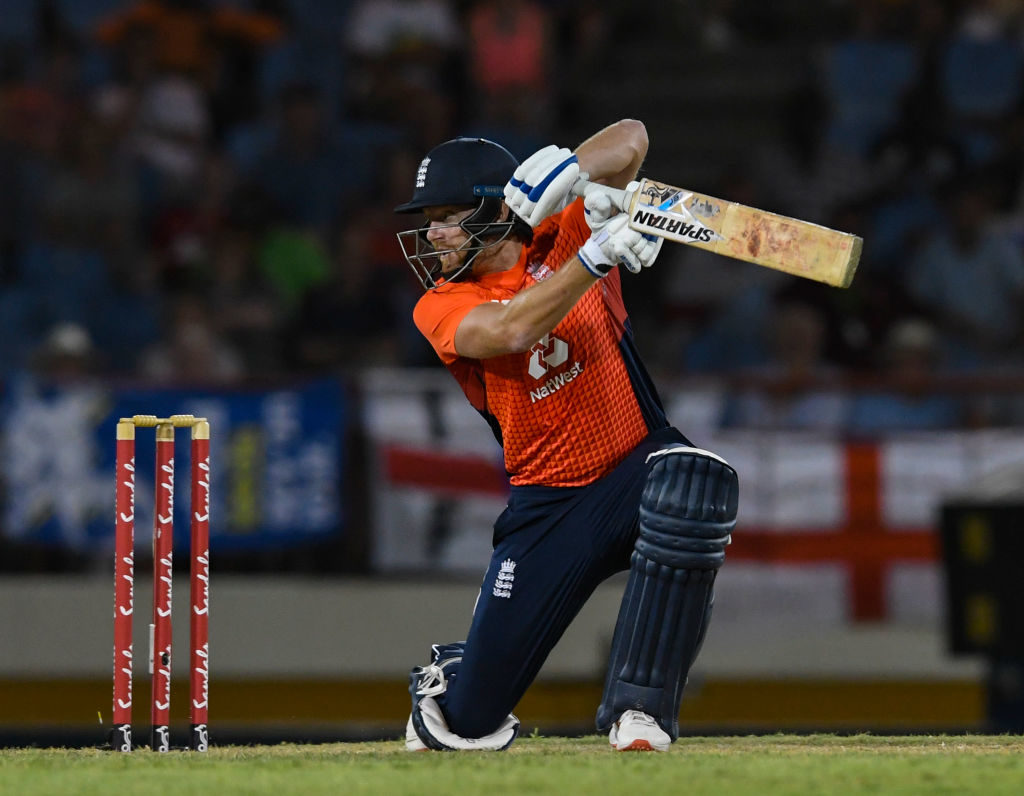 Jonny Bairstow scored a half-century to power the chase

“He’s right up there (as one of the best spinners in the world). He’s proven over the last three or four years that he has the ability to come on at any stage of a 50-over game or a T20 game, and threaten both sides of the bat, which makes it difficult.

“His variations are getting better, he’s become more confident at bowling them and he really is a huge asset for us to be able to fall back on and look at as a wicket-taker.”

There was also recognition for Jordan. On his international comeback – he last played a T20I in October 2018, and he hasn’t featured in Tests and ODIs since 2015 and 2016 respectively – Jordan, usually known for his death-overs bowling, used his variations to good effect up front in St Lucia on Tuesday. 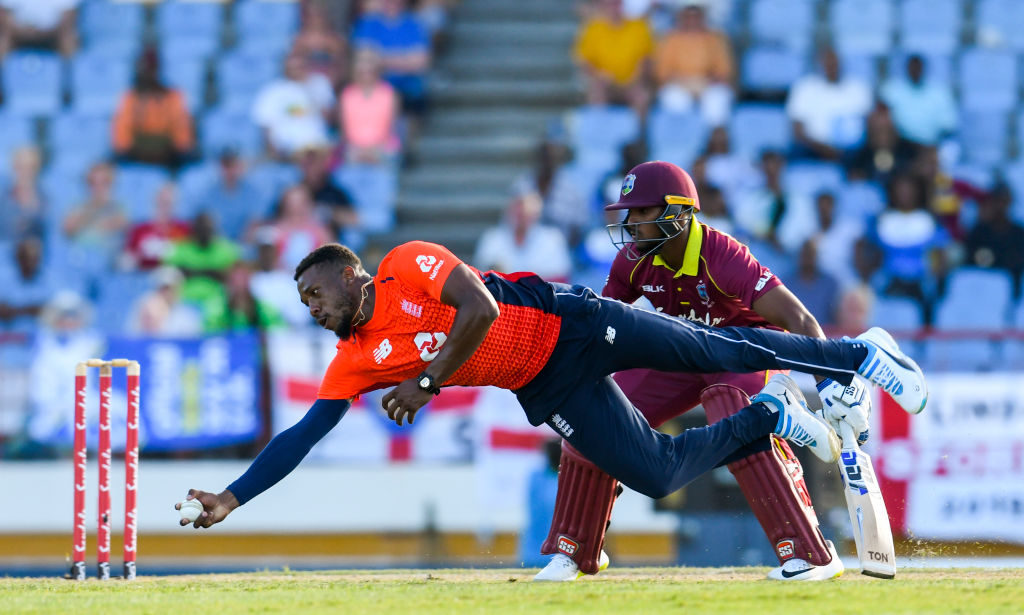 Chris Jordan also came in for praise from Morgan

“It’s an area that he’s really been focusing on,” Morgan said. “It’s obviously one of the better times to bat in the first six overs so batsmen tend to come really hard, but I thought he countered that beautifully.

“His experience in T20 cricket is vast, hence why we bring him in for this series – he’s very good for us.”

The second and third T20Is will be played in St Kitts on Friday and Sunday.