All-rounder Andre Russell is set to play his first game for West Indies since August 2018 after being named in their squad for the fourth and fifth ODIs against England.

He will replace fast bowler Kemar Roach in the squad, who has been withdrawn through injury, though Russell may only be able to play as a specialist batsman. “We are well aware that although Andre’s bowling may be limited due to a knee problem, his tremendous batting ability to power the ball in the back-end of the game will be an asset to the team,” said Courtney Browne, chairman of West Indies’ selection panel. 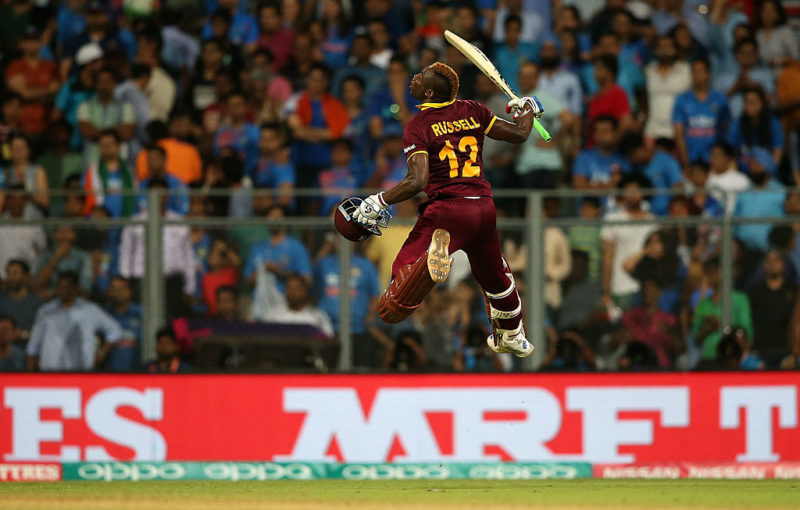 While his injury kept him out of action for the earlier clashes in this series, Russell’s West Indies career has been stop-start for a variety of reasons. He was banned for a year until January 2018 by WADA (World Anti-Doping Agency) for negligence in filing his whereabouts on three separate occasions.

Related Story: Andre Russell: What kind of Test career could he have had?

His appearances for West Indies have also been limited by his contracts with T20 leagues around the world, with the right-hander being one of the hottest properties going for his game-changing abilities with bat, ball and in the field. He was one of four players to miss the World Cup qualifier due to Pakistan Super League commitments, but with Cricket West Indies taking a more relaxed stance on their star players being allowed to pick and choose which games they play, to an extent, the door was kept open for Russell’s return.

He is one of several players to have been re-integrated into the Windies set up in recent times, and his inclusion is another boost to a resurgent side ahead of this summer’s World Cup in England.