Andy Flower, the former England head coach, has left the England and Wales Cricket Board after 12 years working in numerous coaching roles for the national governing body.

Flower was named England men’s assistant coach in 2007 and took on the role of head coach in 2009. Under his reign England won the 2010 World T20 and climbed to the top of the Test rankings in 2011.

He stepped down as head coach in 2014 and has coached England Lions since. Flower is now to take some time away from the game. “I haven’t had a sustained break for quite a long time,” he said.

Recalling his time at the ECB, Flower highlighted England’s Ashes series win in Australia in 2010/11 as a standout moment and also mentioned the Test series win over India in 2012. The England side Flower coached is the only away team to have won a Test series in India this decade. 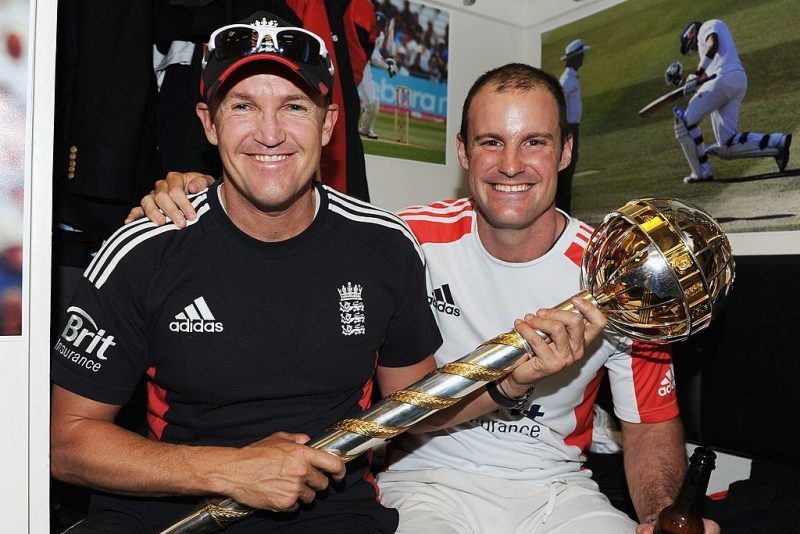 “The Ashes victory in 2010/11 stands out,” Flower said. “It’s difficult to win in Australia and to do it so comprehensively was a really proud moment in my coaching career. It was wonderful to watch those young men take on that challenge successfully and have a great time doing it.

“The win in India in 2012/13 was a highlight too, to overcome some great players in tough spinning conditions was a special victory.”

His high point as head coach in white-ball cricket came with World T20 success in 2010, as England’s men lifted a major white-ball trophy for the first time. “The way we played our cricket, with such freedom and aggression, really was fun to be part of,” Flower said of that campaign.

“I’d like to thank the captains I worked with longest, Alastair Cook and Andrew Strauss, for their commitment and friendship over the years,” Flower added.

While he may have been lurking in the shadows over the last five years, Andy Flower’s departure from the ECB marks the end of an era.

Under Flower’s tenure as head coach England scaled highs they had never reached before. They topped the Test rankings with a sense of purpose that seemed out of place for an English side. If Alastair Cook and Andrew Strauss didn’t grind you down, Jonathan Trott made you wish you’d never picked up a ball to begin with. Then came the flair of Kevin Pietersen and Ian Bell, artists ready to make sure the march to victory wasn’t a dull affair.

With a stellar array of seamers and a world-class spinner in Graeme Swann, England arrived in Australia in 2010 and departed the following year with three innings victories in their pockets. A 4-0 series win over India to take the Test mace was the cherry on top. It marked the end goal of a mission Flower had outlined in the early days of his tenure when he gathered the side for a meeting and explained how a struggling team could go on to become the best side in the world. Flower was a man of his word.

Nevertheless, the 2-1 series win over India in 2012 – a tour that involved reintegrating Pietersen – is the accomplishment that should be considered Flower’s finest. No other side has travelled to India this decade and returned home as Test series winners. England battled the heat, spin and history to cement their greatness.

Of course, things disintegrated alarmingly when they next went Down Under: a 5-0 series defeat saw Trott return home with a stress-related illness, Swann retire mid-series and Pietersen’s international career come crashing down. Perhaps Flower’s intensity and drive, as revealed in The Edge, became too much for a team on the decline.

Still, Flower should rank as England’s greatest coach. His influence continued beyond his tenure in the top job. Before the start of the 2017/18 Ashes series, Dawid Malan credited Flower in an interview with The Cricket Paper for helping him iron out some technical issues after a tough start to his Test career. Malan finished the tour with a maiden Test hundred and as one of England’s most impressive performers. Even when he was outside the inner circle, Flower remained a key figure in English cricket.

“It’s been a privilege to work with all the players. Sometimes, in high-pressure environments, as a coach and a mentor you hold a very responsible position.

“You end up sharing some really intimate moments – over a beer in the dressing room, working hard together in the nets, or listening to a personal problem and helping them work through that – and it’s a privilege to be able to contribute and influence these young guys’ lives.”

“I’m really happy for Chris that he’s getting the chance to lead England and I think he’s going to do a great job,” Flower said. “I also want to wish Mo Bobat, the new performance director, all the best in his new role.”

Ashley Giles, managing director of England’s men’s cricket said: “Andy moves on with every best wish from all of us at ECB for his outstanding contribution to the English game over the last 12 years.

“It has been a pleasure working with Andy, who sets such high standards of professionalism and preparation for the teams he leads. I have no doubt he will enjoy further success in the years to come.”