Ben Stokes, the star England player, was allowed to play for Durham in the T20 Blast quarter-final against Sussex as a specialist batsman, and he didn’t disappoint – opening the innings, he top-scored for his team with a 24-ball 34.

Stokes didn’t bowl in the match for fear that he might aggravate his left knee problem, which surfaced during the third Test against India at Trent Bridge, which his side had lost by 203 runs.

Stokes struck six fours to provide a solid platform, but Durham were only able to post a modest total of 140-7 in 20 overs at the Riverside Ground on Friday, August 24. In response, Laurie Evans scored an unbeaten 63 from just 47 balls to complete Sussex’s chase in just 18.2 overs with five wickets to spare. Delray Rawlins chipped in with a 29-ball 42.

Stokes is given out lbw, ending a very promising innings

Danny Briggs and Will Beer led a strong bowling effort for Sussex with a couple of wickets each. Beer also dismissed Stokes, trapping him in front, and his departure sparked the collapse of Durham’s innings as they slipped from 66/1 to 115/7.

Sussex’s innings was off to a wobbly start too, with their openers falling cheaply, but the 70-run partnership between Evans and Rawlins for the third wicket put them on course for the semi-final.

With the next India Test set to start only on August 30, Stokes will have some time to get ready. 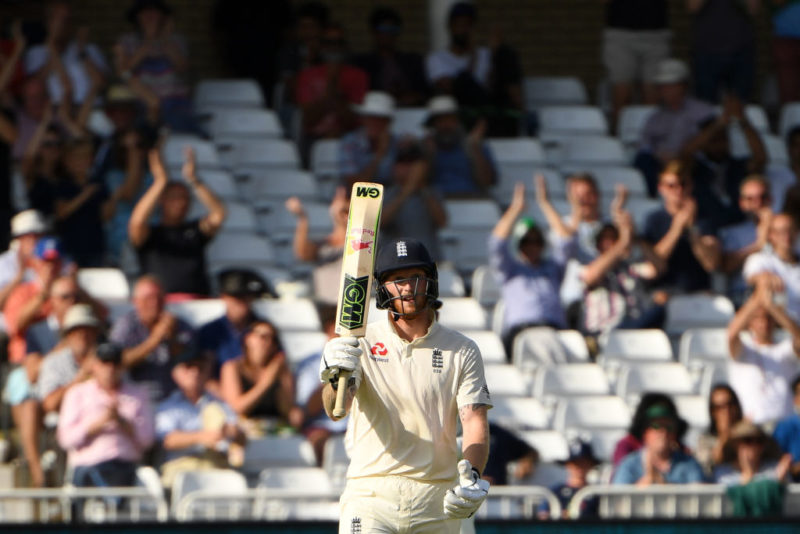 Playing as an all-rounder, Stokes had starred in England’s win in the first of five Tests at Edgbaston, taking 4/40 in India’s second innings.

Due to his trial on charges of affray (of which he has since been cleared), Stokes missed the second Test at Lord’s. He returned to the line-up for the third Test and scored a gritty half-century in England’s second innings even as his side went down comprehensively.