Jemimah Rodrigues has not only caught the imagination of the stakeholders of Indian cricket, but is starting to impress some of the best in the game, like Meg Lanning.

It’s a good time to be a prominent female cricketer in India. The superb run at the 2017 World Cup has put the major players – Mithali Raj, Harmanpreet Kaur, Jhulan Goswami, Smriti Mandhana and others – in the limelight, and if someone does well in the domestic circuit, like Jemimah Rodrigues did, there’s a good chance of getting noticed and even being talked about beyond the obvious circles.

Mumbai girl Rodrigues is just 17. She came into prominence during the women’s under 19 inter-state one-day competition last year when she piled up big scores almost for fun. Amazingly, she was playing under 19 cricket when she was just 12, and leading the Mumbai under 23 team at 16. Getting written about extensively, and then making the national team, was just a matter of time.

She has scored consistently in the few opportunities she has got with the senior team – two ODIs and eight T20Is – and got to her first international half-century against Australia in the T20I tri-series match on Monday, an even 50 off 41 balls in a 36-run loss for her side. 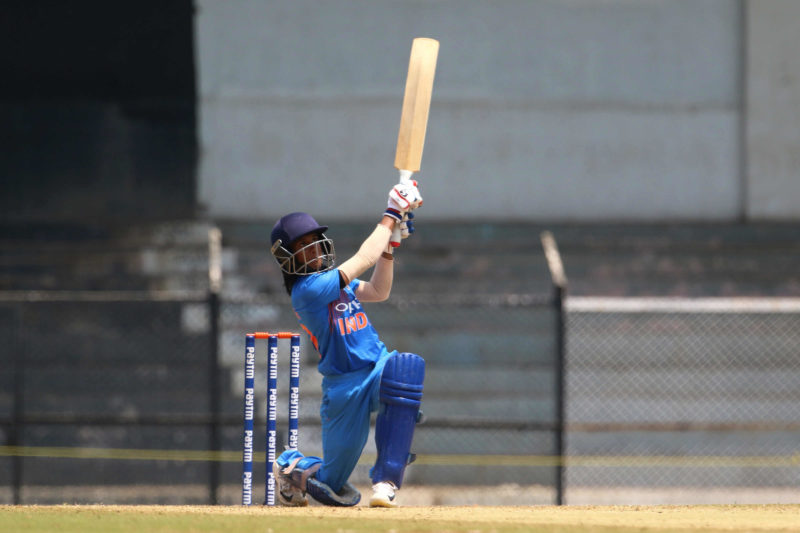 What she saw impressed Meg Lanning, the Australia captain.

“She’s an exciting talent,” said Lanning after the game. “She comes out and plays without fear, and we know when we’re bowling to her, we know we have to get it right or we’ll be going the journey.

“India have a few of those (fearless) players coming through, which is really good. That’s just sort of the new nature of the women’s game. Those sorts of players are going to thrive in the next few years.”

"When we're bowling to her, we know we have to get it right or we'll be going the journey"

Some Indians, Harmanpreet Kaur, Smriti Mandhana and Veda Krishnamurthy, have been a part of the Australian Women’s Big Bash League already, and Rodrigues might well be on some of the teams’ radars soon.

“I would like to play,” the youngster said. “I will have to improve a lot on my fitness and batting. I have not spoken to the Australians yet, but if I get an opportunity I would love to play.”

Prior to scoring her half-century, Rodrigues was in the thick of the action on the field, taking three catches in the deep. Fielding is something she enjoys doing, and wants to get better at.

“I love fielding, right from when I started cricket. If you look at the past two years, India has been lacking in fielding. But this year, after every practice session, we used to have one hour of fielding, so every day take like 30-40 catches, ground fielding, that is how we have improved on our fielding,” she said.

“And this time, we had special camps for fielding and fitness. Everybody in BCCI is stressing more on fitness.”